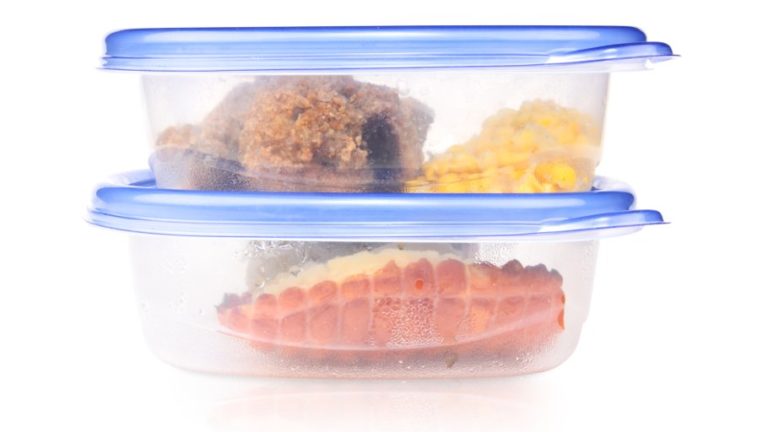 “I love my wife, but I’m so sick of leftovers. What should I do?”

Welcome to “How Should I Know?” – my column where I answer any and all questions. I won’t make your issues go away but you might as well write in, because everyone else who has all the answers is busy driving cabs and cutting hair. Often at the same time.

“How can I make my family more normal?”

Last month, my wife made food for nine days of Yom Tov, plus guests, not all of whom ate. (Why on Earth are you coming to our house FOR A MEAL if you’re not going to eat? Why not just come for Yom Kippur?) And now we’re inundated with leftovers to the point where we have to prop a chair up against the fridge to hold it all in. Every day the same foods come out of the fridge, and the same foods go back in. I love my wife, but I’m so sick of leftovers that I’m considering moving back out to the sukkah. What should I do?

You can come to my house if you want. We’re eating leftovers too, but they’re new to you. The more you eat, the less I have to.

But the truth is that won’t help. The real issue with leftovers isn’t that you’ve eaten this food before, it’s that no cookbook ever says, “Cook at 350 degrees for two hours, and then again at 275 four days later.” And they all show this gorgeous picture that doesn’t look anything like the food you pull out of the fridge a week later.

Of course, there is something to be said for, instead figuring out what to make after all those days of five-course meals, just taking something out of the fridge and heating it for the eighth time and trying to figure out what it is based on various clues such as the fork that someone left in there, and whether that fork is milchig or fleishig. I personally eat leftovers mainly to make room in the fridge.

But leftovers are definitely a huge issue for everybody. What did they do in Europe when they had this problem? None of the rabbi biographies ever say.

I’m a 15-year-old girl with a crazy family. Every time we go out or someone comes to visit, I’m embarrassed to no end, and make it a point to say, “I’m not related.” How can I make my family more normal?

You might not think it’s fair that people judge you based on how embarrassing your parents are, but there’s an expression: “The apple doesn’t fall far from the tree.” I’m not sure who came up with that expression. I think it was Isaac Newton.

But teenagers have always been embarrassed by their parents, because let’s face it, parents of teenagers are embarrassing. They’ve been living on zero sleep for almost twenty years, and most of their time has been split between trying to put a roof over your head and using that roof as an argument to get you to follow their rules. The last time they were in contact with anything cool or fun was two decades ago, and the reason your father is still wearing the same shirt that he bought in 1992 is that he hasn’t been able to treat himself to a shirt since then.

The apple actually doesn’t fall far, though. When your parents were your age, they were exactly like you.

But yes, if your parents are actually doing something embarrassing, like driving cabs while cutting your hair, we’re all embarrassed with you. My advice is to leave home, and to come to our home, and help us eat our leftovers.

When are toddler leashes okay?

Toddler leashes are never really okay. Leashes are for dogs, because you can’t exactly walk around holding their front paw when you cross the street. And even then they’re not great, because sometimes, with a really big dog, you end up with the dog bounding down the street while the owner bounces along behind.

That’s it for now. I’ll be back next time, and hopefully by then I’ll be done trying to foist leftovers on anyone who writes in. So don’t be afraid to send in any kind of questions you have on pretty much anything, so long as you don’t expect a real answer, except maybe by accident.

What is Going on at Camp?

Literary Classics with a Jewish Twist