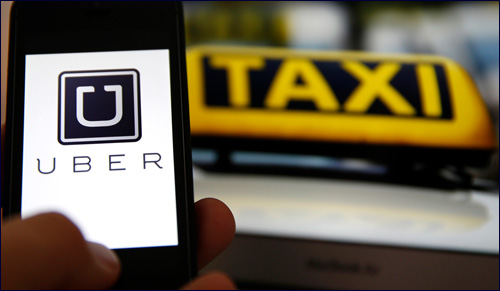 Erma Bombeck learned everything she needed to know about animal behavior in Loehmann’s dressing room (a Lord of the Flies-type experience for adult women!). Robert Fulghum learned all he really needed to know in Kindergarten (leading to many bored and wasted hours at school). Recently my own education has been enhanced and supplemented by Uber drivers (wait for the book!) particularly in the area of kindness.

It seems an unlikely forum but as Ethics of Our Fathers adjures us, the wise man is the one who learns from everyone.

It started with the basics. “Can I offer you a bottle of water? Turn the air up or down? Would you like to listen to the music or the news or would you prefer silence?” Actually these gestures are not as basic as they sound. I know that I don’t usually offer the same options to my passengers but wouldn’t it be nice if I did?

The next level. My Uber driver the other day was incensed at the surcharges imposed by the company during particularly busy times (seems to defeat the purpose of using Uber over taxis but that’s another story) so he turned off the meter after the normal fare had been reached. I neither asked for nor suggested that reduced rate. It was all on his initiative. Another lesson for me.

In fairness, I must acknowledge that I was kind to him as well. He was an aspiring writer who drove for Uber in order to supplement his income (I guess Uber is the new “waiting tables”) and to give him a chance to socialize since his vocation is a solitary one. Despite the early hour and the fact that I wasn’t at my perky best (!), I did let him talk and talk and talk…and even interjected by own comment where appropriate. But I digress. My receptive ear had nothing to do with his generosity which he offered immediately open my entering the car.

The third experience was the most inspiring and impressive of all. My husband’s Uber driver worked on the management side of a large corporation. Her salary was adequate for her needs but it didn’t allow her to make the kind of charitable donations that she desired, so in her spare time she drove for Uber and donated ALL of her earnings to charity!

Wow! I was speechless when I heard that one. She put us to shame – and lifted us to new visions of what is possible and of the depth of the desire on the part of human beings to engage in good deeds and make a difference for others.

In today’s world of constant terrorism this was a refreshing message and moment. I had initially dismissed all these people as “just” Uber drivers but, in truth, they have become my teachers.

Let It All Hang Out
Do You Like Slow-Cooked Food? Thank the Jews
Ashkenazi Style Cholent Recipe
Were Adam and Eve Jewish?
Comments