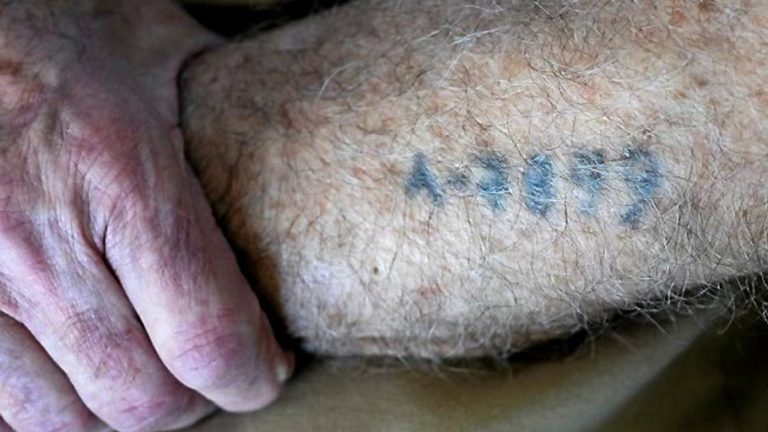 An inspiring true story about two Chaims and the miracle of life.

My wife Chavi and I were visiting my folks in California. We picked a random Shabbat to go out there and went to the local Chabad for services. A family from out of town was also there that Shabbat celebrating their daughter's Bat Mitzvah. We stayed for the Kiddush and the dynamic Rabbi Mendy Cohen led the entire community in singing, inspiring Torah learning and some hearty l'chaims. The party continued until late in the afternoon.

At some point, I asked the father of the Bat Mitzvah where they originally came from and he told me he was from Mexico City and had converted to Judaism many years ago before he had his kids. 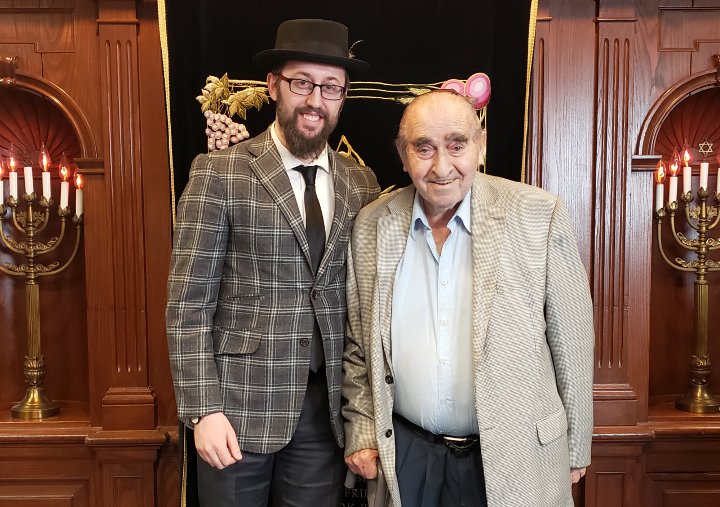 "So why'd you pick your Hebrew name of Chaim?"

He told me that he had once spent a Friday night Shabbat service at a synagogue in Westchester, NY back when he was just starting out on his spiritual journey. One of his Rabbis had told him that if he ever met a Holocaust survivor, he should remember these words:

During that Friday night service, as they were dancing around welcoming the holiness of the Shabbat Queen, he looked down at the arm of the person he was holding hands with and saw numbers. He felt overwhelmed that he was dancing with an angel and couldn't control the urge to ask the man his name.

The old man smiled and said, "Chaim." At that moment, this man from Mexico City decided that when it came the time to pick his Hebrew name, he would name himself after the angel he was lucky to dance with. Years passed and he never saw the man again.

I asked this father, "Is the survivor’s name Chaim Grossman?"

His mouth dropped open. "How do you know that?"

I told him I'm the Rabbi of a synagogue in Westchester. One of my congregants survived Buchenwald, was in the Israeli Air Force, and then immigrated to America. His name is Chaim. 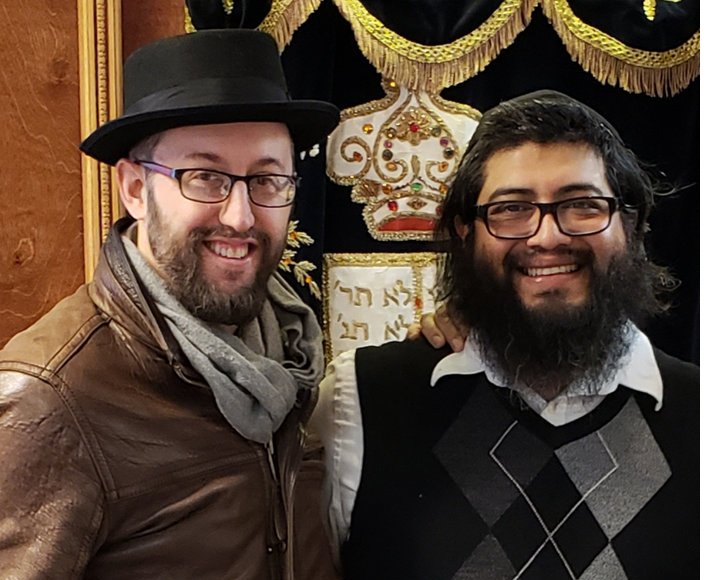 The author with Chaim Valencia.

The next Shabbat, I asked Chaim Grossman to sit in the center of the synagogue as I began my sermon. I told him that 3,000 miles away there lived a man that carried his name and who was raising his family in a traditional, observant home.

"This is incredible," I said. "What is the probability that on the exact Shabbat, the only Shabbat in the entire year that we would fly out to California, it would be the same Shabbat of his daughter's Bat Mitzvah? What are the chances that after hours of celebrating, we would have that conversation about the origin of his name? And what are the chances that the Shabbat for which I would return to New York City to tell this story to his namesake would be the same Shabbat on which we read the Torah portion of Shemot. (Exodus) which literally means "Names," as our Sages teach that the way our ancestors broke free of their slavery was by keeping their Jewish names!"

I then pulled out the photo, printed and framed, and looked Chaim in the eye. As he raised his numbered arm to receive the photo of his "Godson," everyone began to cry. You see, Chaim had never been blessed with any children. And yet now he had a proud Jew halfway around the world who was carrying his name and who would pass it on to his children's children's children.

I will never forget the moment when Chaim stood up and blessed God.

I will never forget the deafening applause that followed.

And I will never forget the image of this holy Holocaust survivor hobbling out of the synagogue holding tightly onto the framed photo of a miracle.

As my father, Rabbi Benzion Welton, taught me, "Coincidence is God's way of remaining anonymous." I had thought I was going to California on vacation but I was really being sent to bear witness to a profound lesson about "Chaim" which means "Life." As the Talmud says, "If our descendants are alive, then our patriarchs are alive" (Taanit 5b).

Rabbi Welton’s latest project is a historical fiction novel for teens aimed to teach Torah values through an exciting story of magic and adventure that takes place during the Spanish Inquisition. To help him, click here.

New Study Shows Wearing Tefillin is Good for the Heart

Israel Struggles
The Promise Of The Land
Which Chat Are You On?: Parshas Behar/Lag Ba’Omer
Do You Like Slow-Cooked Food? Thank the Jews
Comments
MOST POPULAR IN Jewish Society
Our privacy policy