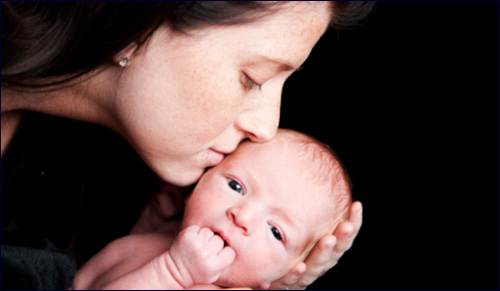 Do we need to experience pain ourselves before we can really understand the pain of others?

This is a note about a little girl who needs a kidney donation. I am posting all the relevant information in the comment for anyone who is interested in helping or knows of someone who can.

It would have been easy to skim over the post with a quick, Oy, that is so sad, but I certainly can’t help. After all, I’m a mother of four young children, have a full time job, and a very busy life.

Three years ago, I would have done just that. But then I went through an experience that changed my perspective.

In a routine pregnancy test, confirmed by a hurriedly-scheduled amniocentesis, it was discovered that my baby’s AFP (alpha-fetal protein) was extremely high. This can be a sign of spina bifida, or other diseases where some part of the baby’s body is not closed, as it should be. Sometimes these diseases can even be corrected by surgery in-utero.

The genetics department of my local hospital quickly scheduled me for a detailed ultra-sound to locate the source of the issue. The ultra-sound showed a normal, healthy 20-week old baby boy. Great news! we thought.

But the geneticists thought otherwise.

With the AFP as high as it was, there must be some reason. If the reason was not an open wound, then it was probably related to a kidney disease, congenital nephrosis. We were told that it was very likely that our son would be born with severely impaired kidney function, would suffer greatly, and have a very short life. It was recommended that we terminate the pregnancy as soon as possible.

But we knew that terminating the pregnancy, certainly in a situation where there is no definitive diagnosis, was not permissible according to Jewish law.

My husband and I drove home from the hospital quietly, picked up our kids from school, and asked a friend to watch them so that we could have some time alone to digest the news.

Then we cried. I asked my husband how we could bring so much suffering upon a young child and upon our whole family. He wisely responded that we were not making the decision, the Almighty was.

We started to research the medical situation and made appointments to speak with an expert geneticist and kidney doctor (nephrologist).

By the time we went to see the expert geneticist, my husband’s research had produced a glimmer of hope. He learned that it was possible that the high level of AFP was caused by the baby being a carrier for a kidney disease that he would not actually have. The geneticist confirmed that possibility and gave us another feasible option as well. He also recommended that I follow up with additional blood tests to see if the AFP level would go down. If the level went down, it would indicate that the baby probably did not have the kidney disease.

The kidney doctor spoke to us about the worst-case scenario of a child who is born with congenital nephrosis. She told us that they know how to manage the disease much better than they used to and that it does not have to be fatal. With proper care, the child can survive until he is old enough to have a kidney transplant, and then live a relatively normal life.

We breathed a sigh of relief. Even in the worst-case scenario, there was hope that we could get through this with a child who would be able to survive and flourish.

Thank God further blood tests did seem to show improved AFP levels. We continued to pray and hope that our baby would be healthy, while worrying that he wouldn’t be.

I went into labor at the end of my 41st week and, thank God gave birth to a 9.5 lb baby who seemed perfectly healthy. He was the exact opposite of the small sickly baby who would have been expected if he had a kidney disease.

Nevertheless, the worry was not totally gone and we waited nervously for the results of blood tests, urine tests, and an ultrasound of the two-day-old kidneys.

Thank God the tests looked fine and the worry slowly dissipated. Until he was one year old, we still did a test periodically to make sure he was healthy.

We named our baby Itiel, meaning “God is with me,” as we certainly felt that God was with us and with him throughout the ordeal of my pregnancy.

The experience of having a child who was almost sick gave me a new level of empathy towards families who suffer with childhood illnesses. While I was pregnant with Itiel, I prayed that God would give me this empathy without making me go through the illness itself.

Maybe that is why I can’t stop thinking about the sick girl from Jerusalem who desperately needs a kidney to save her and give her a chance for a normal life.

I emailed the address provided, took a simple blood test and coordinated with a messenger who brought the blood sample to hospital for testing. Then I waited anxiously for the response.

Today I learned that I am not compatible to donate a kidney to Sarah.

I decided to write this article in the hope that maybe someone who is compatible will read it and decide to get tested. Maybe you have experienced an illness or tragedy that helps you understand what Sarah’s family is going through.

Or maybe you are thankful that you have not been through such pain, and just want to see if you can save a girl’s life.

Please pray for Sarah bat Hadassah Esther. She needs a kidney from someone who is blood type A or O. Potential donors can be tested in Israel or the United States through a simple blood test. Being tested does not obligate you. For information on being tested to see if you are a match, email shir999888@gmail.com