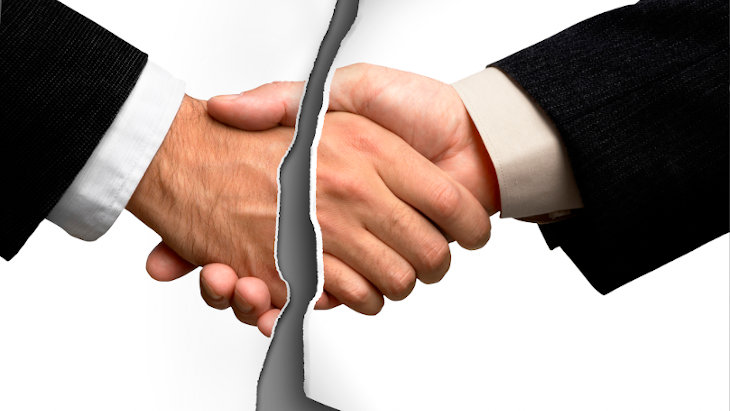 Why we make commitments without the ability to fulfill them.

A number of years ago when Israel was facing increased attacks, my husband participated in a meeting convened by some of its American supporters. Everyone there pledged to help and specified the amount of their donation, with some of the participants vying with some of the others to see who could give the most. Very impressive and very exciting. Except when it came time to collect on those pledges.

Not everyone was willing (perhaps able) to follow through. “I didn’t really mean that amount when I said it” or something equally absurd was their excuse.

I was reminded of this situation by a totally different type of occurrence recently. One of my friend’s children who lives in a not-to-be-named distant city was invited to a Bat Mitzvah party at a local restaurant. The girls were very excited; this was something more elegant than they were used to. Losing sight of the theme of the day they got caught up in discussions of personal pizzas and fettuccine and cheesecake.

When my friend picked up her daughter at the end of the event, instead of finding a happy, smiling young lady, she discovered a very hungry one! Instead of dinner at this fancy restaurant, there were a few appetizers and a few desserts.

What do these two situations have in common and what do they have to do with Yom Kippur?

I think it’s possible that many of us get ourselves into situations that are over our heads, take on responsibilities that we will be unable to keep, offer to do volunteer jobs that will tax our skills and energy because we want the recognition, the applause, the ego gratification.

In the first scenario, some of those at the meeting wanted to look Iike a big shot in front of their friends. There was some one-upmanship going in and they didn’t want to be left in the dirt. But when it came down to actually fulfilling their commitment, they either didn’t actually have the funds or were just not as generous as they had pretended to be. Their ego led them to mislead others and worse perhaps, to mislead some charitable organizations that were making commitments in anticipation of their donation.

In the second case, it appears that the family of the girl wanted to give her a splashy party (a different type of problem) but didn’t really want to spend the money necessary (or couldn’t, I don’t really know). Instead of opting for something more low--key and within their budget, they booked the restaurant but then left the invitees hungry and miserable. Again the goal seems to be some type of ego gratification at the expense of the girl’s friends.

Of course these are not the only ways that our ego leads us to bite off more than we can chew. The fact that Yom Kippur begin with the Kol Nidre service, the service where we ask the Almighty to nullify all the vows we have made in the previous year, suggests that many of us speak without really thinking, make commitments without the real ability to fulfill them. And that we all need to look inside and find the place where that is so.

There are many ways to help others but they’re not all suited to our individual abilities, talents, time and resources. I still feel regret over commitments I made years ago to help a local organization raise money through a phone campaign. Knowing how much I hate the telephone, knowing how difficult it was for me to make a call, it was an unrealistic goal. I let the organization down and not only did I not accomplish my goal of helping them but neither did I accomplish my secondary goal of becoming part of the community. I ensured that they would hesitate to call on me in the future.

I know many women who seek to get involved in volunteer activities, chairing luncheons or silent auctions or speakers’ events. Some of them step up to the plate and do a stellar job. Yet too many others end up dropping the ball, handing over their tasks to others, relying on past chairs to pick up the slack. They get the all the accolades but they didn’t do the work and they may have put the organization at risk.

Our egos are very powerful and very demanding. They may lead us down a dangerous path if we’re not careful. There are many challenges posed by our need for external validation, for honor from others. It’s very seductive and none of us are immune. But we all have a responsibility to fight back, to at least have the self-awareness to recognize what’s really motivating us and to try to only make commitments that we can realistically keep. We may not get the lucite plaques and the (zoom) banquets in our honor but we’ll approach next year’s Kol Nidre with less trepidation.

So with Yom Kippur approaching, I’m trying to focus on any ways in which my ego has led me to make inappropriate or unrealistic commitments. Another situation comes to mind. I love learning with women around my age; it’s a give-and-take experience. We learn from each other and there is often a side benefit that we become friends along the way. So when someone approached me to learn with a young woman in her thirties, I initially said no. “It’s not an age group I work best with,” I said. “She’s younger than many of my daughters,” I tried. But through a combination of flattery and perseverance they wore me down and I agreed to meet.

She was a lovely young woman and I enjoyed our (pre-Corona) coffee date, at the end of which I agreed to learn with her on a regular basis. After returning home and upon calmer reflection, I realized that this was a mistake. I knew that I would come to resent the commitment and possibly the young woman herself. I backtracked and offered a Shabbos invitation instead (still yet to be fulfilled due to COVID-19). But I would have saved myself the embarrassment and awkwardness by not giving in to the flattery and just saying no.

There are so many things we can repent for on Yom Kippur; the list is long. But real teshuva is accomplished through the small steps - and, please God, this is mine. Our word should really mean something. If we make fewer commitments and make them with real forethought and humility, we can probably ensure that it does.

Preserving Mystery
For Every Individual, A Torah Scroll
Allegiance To The Monarch
Meet the Real You: Yom Kippur
Comments
MOST POPULAR IN Family
Our privacy policy
Aish.com Is Looking for Great Writers