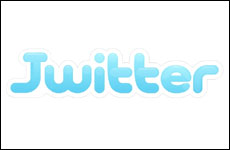 Twitter has truly come of age for the Jewish people.

Where once there were hardly enough Jews on the micro-blogging network to form a minyan, today Members of the Tribe of every denomination and belief, ultra-orthodox as well as secular, rich as well as poor, and young as well as old all waste thousands of hours a day sitting in front of their computers foolishly tweeting away.

If you’re one of them, you’d probably like to learn how to increase your Jewish following. Well, look no further; all those Jewish people standing behind me are my Twitter followers! Even though there’s a few of them that are lawyers I’d much prefer to keep strictly in front of me!

If you heed the guidelines below, you’ll soon have more Jewish followers than Moses, without having to part the Red Sea. And if you actually can part the Red Sea, you might wind up with almost as many followers as the least popular of the Kardashians.

Guilt Following. To develop Jewish followers, you must first follow them, a practice referred to as Guilt Following because you’re hoping to guilt them into following you back. If they do not, it will be for one of the following reasons:

That’s notwithstanding the fact that the person tweeting incessantly about Justin Bieber’s tattoo has enough followers to invade the nearest galaxy while the guy who tweets cogent and thoughtful concepts and ideas about solving the budget crisis can’t get @crudface99 to follow him.

To attract Jewish followers, however, you must provide Jewish-oriented tweets with insight and intelligence, such as:

Abbreviations. With only 140 characters in which to get your message across and no ability to gesture with your hands, Jewish tweeting has no space to spare. Hence abbreviations are employed for oft-used familiar expressions, some of the most popular being:

Hashtags. These are used to link together tweets with common themes so they can all be accessed together. Frequently used hashtags include:

Emoticons. Emoticons are a couple of keystrokes of letters and punctuation which usually form a smiling face denoting an amused or happy response to something tweeted.

I rarely use emoticons because they seem to me to be Twitter’s version of a laugh track. But were I to use an emoticon to express laughter or happiness in my Jewish oriented tweets, it would look something like this:

For the Hebraically challenged, that is a colon followed by the Hebrew letters taf and yud. When pronounced together, you get “tie”, oh and then “colon.” Not sure what “tie-colon” means in Hebrew, but probably something .

And if you use our little friend “tie-colon,” you’ll be on your way to attracting all the Members of the Tribe on Twitter you’d ever want to meet. You’ll be a modern day Moses in no time.

WouldJew Believe #12
Were Adam and Eve Jewish?
How I Learned to Love the Multiverse
10 Big Jewish Inventions
Comments