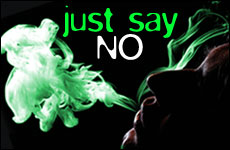 If Roy kicked the habit, you can too.

"Ecstasy, coke, LSD, mushrooms, Special K, Disco Biscuits, Love Doves – you name it, I tried it. I was an addict. I knew it and so did everyone around me. But in the mad world of addictions, awareness is not nearly enough. And I knew that too."

I listened to Roy tell his story. He was short and gentle, with a trace of a lisp that he had obviously worked on. He was smart – very smart – and put together too. No one would have chosen him out of a lineup of drug addicts.

He spoke matter-of-factly, without crescendo of mood or affect. But his background is inconsequential. Suffice it to say, he grew up without love, without boundaries, and with questions that he couldn't ask, nor anyone to ask them to. As is so often the case, he dropped out of high school, ran with the wrong crowd and the downward slope was slick and swift. In retrospect, his drug dependence should really have surprised no one.

Although addictions experts agree that "cure" is a four letter word, Roy has been "clean" for more than a dozen years.

Roy's story is not over, but already it has a happy ending. Although addictions experts agree that "cure" is a four letter word in this dreadful and frightening labyrinth of pain and confusion, Roy, incredibly, has been "clean" for more than a dozen years. Today he spends a hefty portion of his time counseling kids who find solace in the same sordid dens of hallucinogens and amphetamines that Roy called "home" when he had no other. They call it payback.

We sat for over two hours that Wednesday afternoon, and while he had come to seek my counsel on an unrelated matter, it was I who walked away with newfound understanding and a profound insight.

I remember my fascination as I listened to his heroic tale of recovery but I wondered why he seemed to gloss over the details of his miraculous healing. In describing his rapid descent to a raging netherworld, Roy proved more than capable of being quite the master raconteur, reporting every tragic twist and turn in 3D Technicolor and all of its sad glory. But as he neared the end of his vivid and astonishing account of complete lifestyle reversal, I realized that he had never really explained how it all came about.

Roy took a deep breath. "You are quite right. My condensed report was quite intentional. I've told my story many, many times and after a while I began to notice that no one really understood. I've explained my very abrupt turnaround, but people just don't seem to get it – so I switched to the new abbreviated format."

I accepted his words as a challenge and asked him to try again. He did.

"Okay. So I was at this NA (Narcotics Anonymous) meeting one night. It was during the darkest of days. All I knew was speed and crack. It took over my whole life. No, it WAS my life. One hit to the next hit. There truly was nothing else. It's hard to imagine if you've never been there.

"But someone convinced me to go to a meeting. 'Just try it,' he said. 'You can walk out any time you want.'

"So they went around the room and told their stories. They were awful – every one of them. And I heard myself in them. It was weird. My turn came to speak, but I passed. I wanted to talk, but I was afraid I would cry. 'Some other time,' I mumbled.

"And then the fellow next to me began his sick story. I don't even remember it, but it was bad – real bad... like ‘my neighborhood' bad. But after a few minutes, he declared that he was currently completely clean of all drugs and had been for nearly five years! Considering how deep he had been in, that was quite a shocking statement. At that point, my ears really perked up.

I looked in the mirror and saw death. Then I said the six most important words I have ever uttered. 'You don't have to do drugs.'

"'And I'll tell you how I did it,' he said. 'It may sound strange, but one day I was washing my hands in the bathroom. I splashed my face with the water and looked in the mirror. I saw death. I stared at myself for a long time and then I said the six most important words I have ever uttered. You don't have to do drugs.'

"Believe it or not, it was an option that I had never considered. So immersed was I in this dreaded disease that I couldn't even fathom anything else. Not doing drugs was, I guess, like not breathing. It just couldn't be done. But when this guy, who was as deeply into it as I was, said those words – he bowled me over like a locomotive.

"I walked in the door, gathered my brave family, and announced in a very loud voice, 'I DON'T HAVE TO DO DRUGS.' They probably snickered in total disbelief, but I have not inhaled, injected, snorted, or swallowed a narcotic since that day. You probably don't really understand what I have just told you, but that is my story."

I looked at Roy in silence. He was right. I didn't really understand. How could I? Isn't it obvious that nobody has to do drugs? Could he not see that doing drugs was a choice he had made for himself? And how could this most obvious, perhaps even trite declaration be miraculously transformed into some kind of mystical and ameliorative mantra?

Well, one thing is for sure. Despite all my lack of understanding and staggering questions, it did work. It worked for that man at the meeting and it worked for Roy. How?

Maybe full comprehension of this enigmatic "cure" is reserved for those unfortunate enough to need it. If that's the case, I'll gladly forego my interest. But perhaps a similar thought will offer us a partial understanding of this strangely effective tool.

Rabbi Matisyahu Salomon, of Gateshead and Lakewood renown, once offered a similarly startling yet simplistic insight in discussing the sin of listening to lashon hara, slanderous talk. So many of us frequently chance upon a good, juicy tidbit of gossip. We're not looking for it, but the opportunity presents itself in totally innocent fashion – at a dinner or a wedding or a ballgame or just in the middle of a nice shmooze.

Gross or lurid stories about people we know are often so beyond the pale that many of us eschew the conversation – by tuning out or changing the topic. No problem. But the discussion could be completely benign – about a matter that is either silly, irrelevant or totally unimportant – and suddenly a negative comment or association is communicated. And the damage has been done.

The root of this scourge, says Rabbi Salomon, is plain old curiosity. And the remedy is a simple six word strain, "I don't have to know everything!"

We frequently forget that the power of choice is always with us.

For many people, that little unsophisticated proclamation can be a volcanic jolt. Not knowing what is happening all around them, in glorious detail no less, is indeed unfathomable. For some, it may practically be akin to not breathing. They live to satisfy their insatiable need to know everything about everybody. How sad.

I think that what it boils down to is essentially man's innate ability to choose. God's greatest gift to humankind is choice. Unlike the animal kingdom who responds only to their instinct, man possesses the capacity to think through his options and make a reasonable decision. This is not to say that he always does that – far from it. But he can.

What happens is that we frequently forget that the power of choice is always with us. We get so caught up in old behavior patterns and instinctive reactions, that we fail to consider that we REALLY DON'T HAVE TO DO IT THAT WAY. The recognition of that reality can be liberating, exhilarating, and incredibly powerful. And the accompanying potential for genuine and lasting change is limitless.

It doesn't really matter what our particular habit, vice, or addiction is. For some it is drugs, for others it is gossip. It could be food, the internet, sarcasm, or just wasting time. We all have negative behavior patterns of some size, shape, or personality.

What Roy is telling us, is to open our eyes and look in the mirror.

It doesn't HAVE to be that way.

The Jewish Physique
For Every Individual, A Torah Scroll
Allegiance To The Monarch
Meet the Real You: Yom Kippur
Comments
MOST POPULAR IN Current Issues
Our privacy policy
Aish.com Is Looking for Great Writers