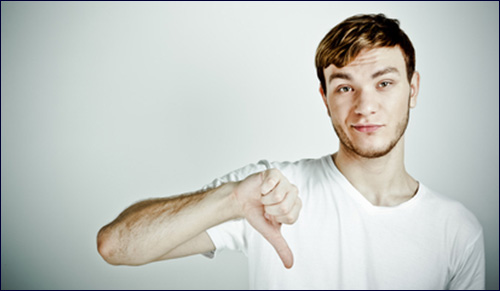 He’s wonderful and caring but he has a hard time seeing that there are other valid perspectives.

I'm engaged to a wonderful, compassionate man who at times can be judgmental. He feels that his perspective – what his life experience tells him is the norm – is, in fact, the only norm. It’s hard for him to see that there are other valid ways to “be”.

I grew up in a much more chilled out environment than he did. From time to time, we’ll have a disagreement because we have different perspectives on an issue. I’m concerned that this will become a source of future conflict between us.

Usually, my fiancé takes our differences in stride, but sometimes when the difference affects him, he will point out that my life or my family is unconventional – we don’t “fit the norm.”

I feel that we both respect each other, and he treats me well and cares about me. I don’t want to lose him. I’ve tried to be quiet about the fact that sometimes I feel hurt when my fiancé sees my family and sometimes my point of view as not normative. It makes me worry that this will become even more of an issue down the road.

I’d really appreciate your advice about how to deal with this.

Thank you for writing to us about an important issue. We’re glad that you have the courage to voice your concerns about it now, when you’re beginning to realize that the different ways you were brought up and the different perspectives each of you has about certain aspects of life may become an ongoing source of conflict. You could have pushed aside your concerns, hoping that after your marriage your new husband will stop commenting about your family’s unconventionality, or the comments will bother you less, or you’ll find a way to accept your differences without getting into arguments. We call this magical thinking – a hope that something that’s very unlikely will happen.

It’s more likely that, left alone, this issue won’t work itself out. We hope that our suggestions will help you and your fiancé find a healthy way to deal with the differences now.

What’s happening between you and your fiancé isn’t uncommon. Many husbands and wives can point out significant differences in the way their families dealt with finances, handled disagreements, expressed their affection for each other, divided up responsibilities, disciplining children, and the like. Families often have dissimilar views on education, politics, expectations for their children, planning for the future, and ways of expressing their spirituality.

The couple may have begun their engagement feeling they shared many essential values and goals (which is an important part of the foundation for an enduring marriage), and believed that their expectations and ways of dealing with what life has to offer would fall neatly into place most of the time. But then the differences start coming up. No matter how well they thought they knew each other before they decided to get engaged, there is no way they could anticipate or discuss the subtle and sometimes not-so-subtle differences between them.

It’s difficult to be married to someone who has a hard time accepting other people’s ideas that are different than his own.

One of the most challenging aspects of learning to be a married couple is figuring out what to do about these differences. If both partners feel their own way is “right” or “better” or “more normal”, they will find themselves locked in perpetual conflict. Hopefully, in time they realize that an important part of building a life together is learning how to give and take for the sake of their marriage and each other, sometimes agreeing to follow one person’s preferences, sometimes the other’s, and sometimes finding a middle path. That isn’t always easy to do.

It’s difficult to be married to someone who has a hard time accepting other people’s ideas that are different than his own and thinks he always has to be right. As far as he’s concerned, you’re always “wrong” or you always have to “lose.” Some people with these attitudes are able to change when they participate in a marriage education program, learn the importance of give and take, and develop skills that can help them and their partner communicate better and compromise. With effort, they’re able to become more flexible and open minded. Unfortunately, some people are not willing to learn the art of give and take and won’t change.

Where does your fiancé fit into this picture? Does he find it hard to compromise because he believes his way is right and yours isn’t? Does he ever find your different perspective refreshing? Is he often okay with your doing things your own way? Is he young, with limited life experience, so he hasn’t matured enough to see that what he’s accustomed to isn’t the only path to family harmony, happiness, intellectual fulfillment, economic well-being, etc? Does he feel a strong need to conform to what he feels is the “norm”? Can he accept your supposed ‘non-conformity’? Does he listen and try to understand what you have to say, even though he ultimately disagrees with you? When he tells you that your perspective or what your family does is not the “norm”, does he mean that “this isn’t what most people do and I find it a little odd” or does he mean “this isn’t normal?”

After you’ve given some thought to these questions, think about what you’d like your fiancé to do differently. Would you like him to be open to the idea that what seems unconventional to him may still be worthwhile and may be suitable for someone with different life experiences? Is it important to you that he shows respect for your different ideas or ways of doing things, even if he thinks it’s unusual or not what he’d choose? If he feels his way is the “right” way and every other way is wrong, is he willing to learn ideas and skills about compromise and give and take?

Once you have clarity, you can speak to your fiancé about what’s bothering you. It’s important to remember to use “I” statements, that focus on your feelings and thoughts, rather than sounding critical of him. You can begin by telling him what a good, compassionate, loving man he is and how much you value your relationship. You can then explain that you’ve been concerned about something and feel it’s important to talk about it now so that it doesn’t become a source of arguments in the future. Then identify the issue, give an actual example of what happens, explain how it affects your feelings and thoughts, and state what you’d like to do about it.

You might say something like, “I know that are families are very different, and because of our different life experiences we sometimes have different perspectives about situations. But it hurts me when you say that my ideas or my family’s way are not ‘the norm.’ It makes me feel that you’re saying it’s wrong to be different. That makes me feel defensive, and we end up arguing over something instead of talking things through. I know you don’t want to hurt my feelings, and neither of us wants to argue a lot. I have some ideas about what we could do differently, and I’d like us to talk about them. I really appreciate your listening and being open to our finding new ways we can relate to each other.”

Talking things out this way improves your communication and problem solving skills and can help you understand each other better. We hope that our answer has clarified your dilemma, and the two of you can look forward to a wonderful and happy marriage.  All the best,