Jews Take Care of Each Other 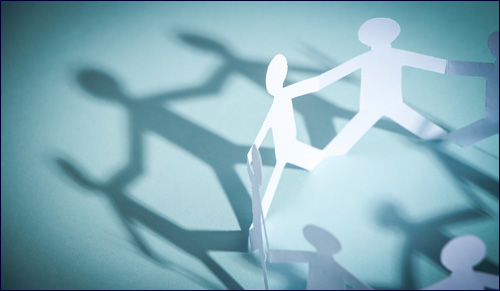 A recent Shabbos experience in Europe reminded how privileged it is to be a part of the Jewish nation.

"I've always relied on the kindness of strangers," says Blanche DuBois at the end of "A Streetcar Named Desire." For her it was a statement of tragic irony, filled with innuendo. For Jews, it is a statement of genuine reality and the power of living in a community – both locally and globally.

Recently my husband and I have been traveling frequently for business (too frequently if you ask our children!). Due to the timing of a conference we were attending we knew we'd spend Shabbos in a European capital (which shall remain nameless except for the fact that it won't be a European capital much longer!).

The conference was ending close to Shabbos and the traffic was terrible. We didn't want to risk the trek out to the more populous Jewish neighborhood but we knew there was a synagogue close to our hotel. So what were two lonely (and hungry!) observant Jews to do?

Call the local rabbi; what else? Actually we emailed – and we didn't do it last minute; my mother taught me better than that!

What was amazing was not that we called (we were desperate!) but that he graciously offered to host us. Lest you think he felt he had no choice, there is a specific offer on the website to contact him if anyone needs a meal for Shabbos, not his secretary, the rabbi himself!

When we arrived at the shul (completely unmarked for security reasons which definitely gave us pause) we quickly discovered that we were not alone. Visitors from Israel, from other parts of the city, and even from beautiful downtown Brooklyn graced his table.

Everyone was given a warm welcome – and a full plate. It was very moving, one of those "Who is like Your people Israel?" moments. It was done without pomp, without fanfare, just with the simple warmth and caring of one Jew (and his wife/Rebbetzin) for many others.

We felt privileged and moved anew to be part of such a people. Not to mention that the food was delicious...

Marriage Is Not a Competition