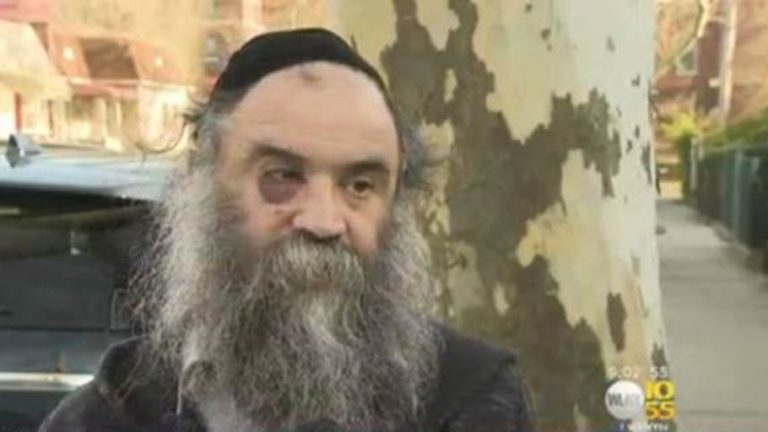 The only antidote to anti-Semitism is pro-Semitism.

Just over 70 years after the Holocaust, has anti-Semitism returned once again as a powerful evil force threatening contemporary world Jewry?

To respond, let’s talk for a moment, of all things, about hats. Hats not as a statement of fashion but as a statement of faith. Hats known as yarmulkes by some, kippot by others. Hats worn by observant Jews to publicly identify themselves by way of a tradition going back thousands of years.

Hats symbolize our belief in a Supreme Being Who is above us – the Almighty who transcends our heads, our minds and our intelligence.

Hats played a central in what happened last week in Berlin. An apparently Jewish man wearing said skullcap was viciously attacked and beaten. His assailants made clear, as they continued to pound him, that his only crime was the fact that he was a Jew. It was a racist attack fueled by the ancient venom of anti-Semitism.

But in the aftermath of this beating, the police made a remarkable discovery. The victim was not a Jew, he was an Israeli Arab. The reason for his wearing a yarmulke? He had made a bet that anti-Semitism is no longer a problem in Germany today and to prove it he decided to walk the streets self-identified as a Jew.

The Arab paid a heavy price for his mistaken assumption. And it seems he is not alone in his misreading of the current mood of anti-Semitism.

Copenhagen is a city renowned for Denmark’s historic generosity to non-Danes. Jews exploring Nørrebro, a neighborhood of immigrants who left their home countries for the stability of a welfare state, were advised to heed the advice of Israel’s ambassador to Denmark, Arthur Avnon, who strongly suggested that Jews traveling in Copenhagen exercise extreme subtlety: “Don’t speak Hebrew too loudly, cover up any visible Star of David jewelry, fold your kippot and slip them into your pockets.”

In short, in the very place which served as an illustration of the goodness of people to triumph and for anti-Semitism to be abolished, it is now the official advice to keep your Judaism to yourself – and to get rid of that piece of clothing on your head which lets everyone know that you’re Jewish.

The famous Danish journalist Martin Krasnik went to great pains to inform readers that the Israeli ambassador “was misunderstood or mistaken.” Clearly, he maintained, the ambassador was only offering advice to Israelis visiting the rest of Europe. He couldn’t possibly be speaking about Copenhagen which has a long history of hospitality to Jews. “Anti-Semitism is endemic in immigrant neighborhoods. It’s the same in London, it’s the same in Paris.” But not here. Not in Denmark.

So Krasnik, just like the Israeli Arab in Berlin, decided to do his own “hat test”. He put on a yarmulke and walked the streets of Nørrebrogade.

Can you guess what happened to him?

Krasnik describes numerous encounters in which he just barely missed being severely abused. He writes: “The threats were veiled, like thugs in a mafia protection racket. One of the anti-Semitic interlocutors explained that while ‘perhaps your religion tells you to wear this, it doesn’t tell you to get killed.’ Another explained that the kippah was ‘not a problem for us, but my cousin killed a guy for wearing a ‘Jewish hat.’” Finally, after another demand was made for the “hat” to be removed, Krasnik refused and hurriedly fled.

Berlin, Denmark – but surely not in the great state of New York with close to 2 million Jews? An organization representing more than 950 US Orthodox rabbis has condemned an “alarming” increase in violent attacks on Jews in New York City, saying it would work with authorities to provide protection to “neighborhoods under siege” after the latest anti-Semitic assaults within a week.

Last Saturday, an ultra-Orthodox Jew was violently assaulted while walking home from Shabbat services in the Crown Heights neighborhood of Brooklyn. The attacker threatened to strangle him, cracked his ribs, told him while knocking the hat off his head into a neighboring garden that he hated Jews and was going to kill him.

In a frightening sign of the times, German Jewry has come up with what it believes is “for now, the best solution.” The head of Germany’s Central Council of Jews, Josef Schuster, warned against wearing religious symbols on city streets for fear of attack, with a stark caution that Jews who wear the kippah or the Star of David could be courting danger on German streets.

The head of the European Jewish Association, Rabbi Menachem Margolin, however criticized Schuster, saying he was “mistaken in the cure for the serious problem. Not wearing a skullcap due to fear of anti-Semitism is in fact the fulfillment of the vision of anti-Semites in Europe.”

It is ironic that hats play such a significant role in these anti-Semitic incidents. Sigmund Freud, the Jewish founder of psychoanalysis, emphasized an incident in his life which he considered life changing – he called it “the primal scene in his life” – which helps us shed light on the matter. John Murray Cuddihy, in his fascinating book “The Ordeal of Civility”, tells how Freud himself described it:

I may have been ten or twelve years old, when my father began to take me with him on his walks and to reveal to me in his talk his views upon things in the world we live in. Thus it was, on one such occasion that he told me a story to show me how much better things were now than they had been in his days. “When I was a young man,” he said, “I went for a walk one Saturday in the streets of your birthplace. I was well dressed, and had a new cap on my head. A Christian came up to me and with a single blow knocked off my cap into the mud and shouted, “Jew! Get off the pavement!”

“I went into the roadway and picked up my cap,” was his quiet reply.

This struck me as unheroic conduct on the part of the big strong man who was holding the little boy by the hand.

Freud went on to describe his disappointment and shame at his father’s weak response. Cuddihy relates this moment too much of Freud’s work – his ambivalent relationship with Jews and non-Jews, his theory of the Oedipus complex, and his strange assertion in Moses and Monotheism that Moses was not a Jew but an Egyptian.

Wear It with Pride

A head covering, the very symbol of Jewish pride, became a lifelong reminder of shame – and for Freud had lifelong consequences. For Jews, a kippah is a way of publicly declaring religious affiliation and identity. The Talmud tells us there were three reasons why the Jews survived in spite of being enslaved in the land of Egypt. Their merit was threefold: they did not change their names, their language and also their garments. Those are the three reasons which kept us from assimilation at the very beginning of our history; they remain the keys to our unique survival from amongst all of the nations in the world to this day. The Jew maintains at least one special garment which declares his faith – and his unwillingness to hide his great pride in being a descendent of Abraham.

Jews need to have the fierce determination to be guided by self-identification as a Jew rather than self-negation.

Is a hat that important? No – only what it stands for. To meekly succumb to the horror of racism, even by as minor a gesture as removing our yarmulke in order “to avoid conflict” is not just to lose our hat – but to lose our heads. Anti-Semitism must be fought with full force and energy, with all of our political strength, with all of our efforts on the college campuses, in the press, and all the other arenas where it has begun to infuse its deadly poison. The antidote to anti-Semitism – the only antidote which has a chance of succeeding – is pro-Semitism, the fierce determination to be guided by pride rather than fear, by self-identification as a Jew rather than self-negation.

If we remove the signs of our Jewishness to appease our enemies, we have already lost. The hat is but a symbol – yet it is a mighty symbol of our firm belief that the Almighty rules the world and, as He promised in the Torah, He will bless those who bless us and those who curse us He will curse.

So What if She's Older than Me?

Gimme Shelter
The Promise Of The Land
Which Chat Are You On?: Parshas Behar/Lag Ba’Omer
Do You Like Slow-Cooked Food? Thank the Jews
Comments
MOST POPULAR IN Jewish Society
Our privacy policy