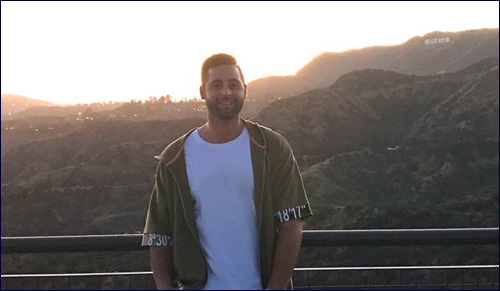 The doctors wanted to unplug Shalom Ounanounou. The Jewish community sprung into action.

Hundreds of Torontonian Jews from all types of backgrounds flooded the Canada Life Building on November 1, 2017, filling the long corridor and jamming into the largest courtroom. We came for one purpose: to support a Jewish life.

Yochai Shalom Nethanel Ounanounou, 25, suffered from a severe asthma attack that lead to cardiac arrest on September 27. The ambulance did not reach him in time and he slipped into a coma. At Toronto’s Humber River Hospital he was connected to respirators and remained unresponsive. In the weeks that followed, he was never alone. His family members kept him company by his bedside.

The doctors pronounced him brain dead and issued a death certificate since the provincial medical community defined ‘death’ as the cessation of brain functions. The doctors wanted to unplug him on Yom Kippur, saying that the hospital can offer no further treatment, but family and their rabbis fought to keep him on the respirator. 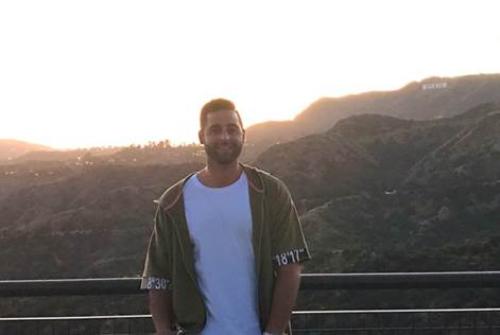 “Under Jewish law, and in accordance with Shalom’s beliefs, Shalom is alive and the application of the brain death criteria expressly violate Shalom’s religious beliefs and thus discriminate against him based on his religion,” read a statement by Max Ouanounou, the patient’s father. “Shalom seeks an accommodation as a matter of human rights and constitutional law that allows his Jewish beliefs to be considered and accommodated in determining when death occurs.”

A hearing was issued to resolve this opposition. The day before it took place, a letter circulated through social media to the Jewish community pleading for Jews to come and support Shalom.

I took the hour-long trek to downtown Toronto with several other women. We pulled up to see busloads of yeshiva boys streaming into the building. We followed them and collided with the crowd as soon as we exited the elevator. 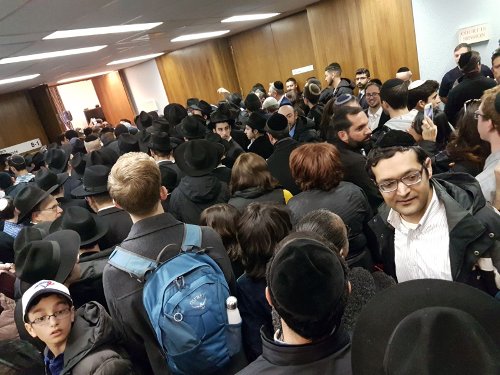 Throngs outside the courtroom

Hundreds of people abandoned their regular schedules and came to this hearing. Everyone there felt the power each individual could make. No one said, “I’m only one person. It won’t matter whether I come or not.” In a court case fighting for religious freedom, we demonstrated the uniting power of religion.

Standing in that cramped corridor, I was surrounded by throngs of people who shared the same goal to save Shalom’s life. Beyond the fear and tension of the situation, we unanimously felt uplifted and inspired. How could the judge deny the will of hundreds of supporters crammed in the hallway?

The hearing began late, but many people stayed until the end, two hours later. They, like me, were not leaving until we hear the resolution.

The judge, Mr. Justice Hainley, ruled that Shalom should not be removed from life support, at least until the case is fully resolved, and the doctors cannot withhold any treatment that can improve his condition. Mr. Hainley made it clear that every medical personnel in that ward must be aware of this ruling, giving liability to the head doctors so no one can unplug the patient ‘accidentally.’

After the hearing, Charles Wagner, the lawyer that represents the League for Human Rights of Bnai Brith Canada and the Vaad Harabonim of Toronto, said this is only the beginning. Shalom may be on life support for now, but there will be a long case ahead to fight for this law that could take years. He expects the case to reach Supreme Court.

Some supporters drove straight to the hospital to celebrate the good news. Singers Yaakov Shwekey and Shlomo Simcha and musician Yanky Katina played music for Shalom and his family by his bedside. We left the government building, elated by the verdict and the incredible comradery of our nation.

Native Americans and the Jews

Kids of Courage: A Touching Video

Best of Both Worlds

A Jewish American Tale
Faith: the Axis Upon Which the Wheel of Science Turns
Love - Not Just About Chemicals Anymore!
Is There a Moral Code in a Virtual World?
Comments