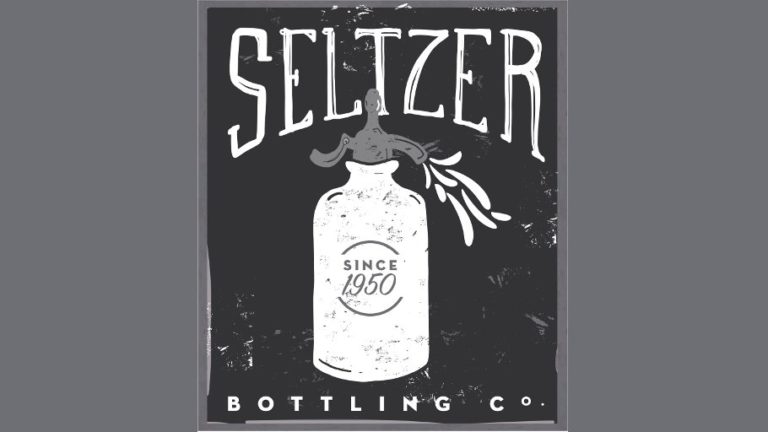 Did you know that Seltzer was originally a brand name of naturally carbonated water from Niederselters, Germany?

If the Jewish People collectively are a nation, then they arguably are a carbonation. This is because many Jews love drinking seltzer, a refreshing refreshment that is no average beverage. The bold and bright bubbles of seltzer tantalize the tongue, razzle the mouth and dazzle the throat, leaving every satisfied customer savoring the scintillating and sensational seltzer symphony. Thus, drinking seltzer is like entering an electric effervescent event and frolicking through a fantastic fizzy festival.

Seltzer is not uniquely Jewish but bottles of this beverage behemoth can be found at nearly every synagogue kiddush around the world. It is a staple of menschy munching and the quintessential thirst quencher for the hungry heimishe hordes. In that way, seltzer is a universal language spoken by anyone who craves carbonation sans sugar and other unnecessary additives. In fact, CO2-addicted Jews drink so much seltzer that they, like large SUV’s, can fairly be described as gas guzzlers.

From a historical and etymological context, the term “seltzer” originally was a brand name of naturally carbonated water hailing from Niederselters, Germany beginning in the early 1700’s. Seltzer eventually made its way stateside and initially was marketed as a medicinal product like Alka-Seltzer and Bromo-Seltzer. It is easy to imagine other seltzer products that could be used for medicinal purposes. For example, Promo-Seltzer would be an antacid used to cure heartburn caused by excessive commercials, Robo-Seltzer would treat heartburn induced by those annoying robocalls and Dodo-Seltzer would cure heartburn caused by images of a witless, flightless and now-extinct bird.

Believe it or not, some historians trace seltzer back to a 1772 pamphlet authored by England’s Joseph Priestly and titled “Directions for Impregnating Water with Fixed Air.” According to many experts, Priestly was convinced that carbonated water was a cure for scurvy and he even recommended seltzer to sailors as a way of preventing scurvy. (Of course, another way of preventing scurvy is not spending long stretches sailing on the high seas.) Some scholars note that while Priestly takes some credit for seltzer science, he also had other notable scientific achievements such as discovering oxygen. (But how hard could it have been to discover oxygen? Simply take a deep breath and ta-da! That’s about as hard as discovering wind, sunlight or that you have a terrible singing voice.) In the United States, Benjamin Silliman, a Yale chemistry professor sold seltzer in the Northeast beginning in the early 1800’s. Incredibly, neither he nor his Silliman descendants ever trademarked the “seltzer” name, which was a very silly omission and thus explains the Silliman family name.

To be clear, seltzer and sparkling water are not the same thing. When it comes to sparkling water, the bubbles are 100% natural, as natural as air, wind and fire. In contrast, the bubbles found in seltzer are artificial, as artificial as (i) professional football turf, (ii) the device implanted during a heart transplant or (iii) the intelligence of a free-thinking computer.

The artificial seltzer bubbles are created by carbonating plain water with carbon dioxide (CO2). As any chemist or chemistry textbook will tell you, the amount of a gas that can be dissolved in water is described by Henry’s Law. (In contrast, O’Henry’s Law pertains to amount of candy bars containing peanuts, caramel and fudge coated in chocolate that can be consumed in one sitting.) In the carbonization process, water is chilled almost to the point of freezing as a way of maximizing the amount of carbon dioxide that the water can absorb. Higher gas pressure and lower temperature cause more CO2 to dissolve in the water. When the pressure is reduced, which is precisely what happens when a can or bottle of seltzer is opened, the CO2 effervesces and escapes, creating the fantastic fizzy sound. One could argue that the fizzy sound itself accounts for at least half of a quality carbonation experience. In other words, a silent fizz would be about as enjoyable as a tasteless dessert or an imperceptible massage.

Seltzer, of course, is not the same thing as its first cousin, club soda, which is made not only with carbon dioxide, but also with various minerals including sodium bicarbonate, sodium citrate, disodium phosphate, and occasionally sodium chloride. This means that drinking club soda will bring with it small amounts of the minerals such as iron and zinc but certainly not enough to trigger an airport metal detector.

Final thought: Tonic water is water with quinine, distilled water is water that has undergone a purification process and Goldwater is a former U.S. senator from the Watergate era.

The Band's Visit
The Promise Of The Land
Which Chat Are You On?: Parshas Behar/Lag Ba’Omer
Do You Like Slow-Cooked Food? Thank the Jews
Comments
MOST POPULAR IN Cool Stuff
Our privacy policy