Jewish Wishes for the Royal Baby 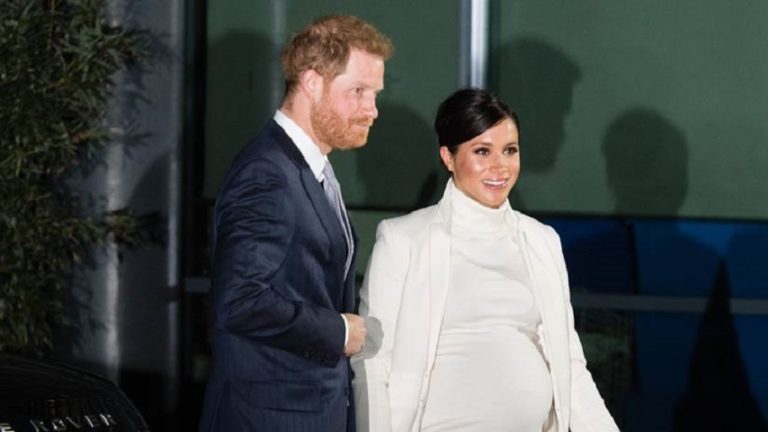 A Bishop welcomes the newest royal baby with a Jewish twist.

Prince Harry and Meghan Markle announced the birth of their son on Monday, May 6, 2019. Queen Elizabeth II’s eighth great-grandchild is the seventh in line to the British throne.

The Mirror, a British newspaper, hoped that that the new baby “brings the kind of hope Britain needs right now as Brexit splits a nation in which there is ever more division and ever more race hate.” Many welcomed the baby as a symbol of a more modern, inclusive Britain. For Rev. Michael Curry, the American Bishop who delivered the sermon at Harry’s and Meghan’s wedding last year, the new baby signifies hope - and he turned to Jewish tradition to put his warm feelings into words.

“The Jewish tradition reminds us that the birth of every child is a reminder that God is not finished with us yet,” Rev. Curry tweeted soon after the birth. “There is hope. Congratulations to the Duke and Duchess of Sussex and prayers of blessing for them and their baby.”

It’s fitting that anyone wishing to bless the new baby would turn to Jewish tradition to do so, because Judaism sees every baby’s birth as an infinite miracle and a time of boundless hope.

The Torah describes the creation of humankind in Divine terms: “And God said, ‘Let us make Man in Our image, after Our likeness’” (Genesis 1:27). It’s a lofty idea reflecting the Jewish idea that each person is infinitely valuable and holy, that each one of us has a unique role in life that only we can fulfill. “Whereas when man prints many coins from one mold, each one a replica of the other” the Talmud says, God’s creation of man is different: “He stamped every man (with a similar form) and yet no one exactly resembles his fellow” (Mishnah Sanhedrin 37a).

Regarding each person as holy and important encourages us to see in every human being his or her limitless potential and significance. Every person is a whole world containing untold possibilities. It’s up to us to maximize our potential to improve the world around us and bring out our unique light.

Congratulations and well wishes are being sent to the royal family from around the world, including Chief Rabbi of Britain Rabbi Ephraim Mirvis, who wished that the new royal baby “be a source of much pride to them and a blessing for the entire nation. Mazal tov!”

Michael Goldstein, President of the umbrella Jewish group United Synagogue in Britain, instructed British synagogues to pray for the baby and said, “May he bring his parents and family much nachas” or pride. It was a uniquely Jewish wish.

In the 1957 novel A Tree Grows in Brooklyn, author Betty Smith, tongue in cheek, reflects on differences between Jewish and non-Jewish pregnant women. Unlike other women, she writes, Jewish women seem infused with pride. “I guess that’s why the Jews have so many babies...And why they sit so quiet...waiting… Each one thinks that she might be making” a baby who is so important they might change the world. “That’s why they walk so proud when they’re that way…. When I grow up and know that I am going to have a baby. I will remember to walk proud and slow even though I am not a Jew.”

As Harry and Meghan settle into life with their sweet new baby let’s add our well wishes to those who are hoping for a life of meaning and accomplishment for him. Let’s remind the proud new parents, in Rev. Michael Curry’s words, that according to Jewish thought, each new birth reminds us that God isn’t finished with us yet. Every one of us is holy, created in God’s image. We each contain infinite potential, bringing new hope to the world.

Daniel Pearl and the Normalization of Evil
The Blue Beyond
Great Place to Live
Is Eating Supposed To Be Spiritual?
Comments
MOST POPULAR IN Current Issues
Our privacy policy