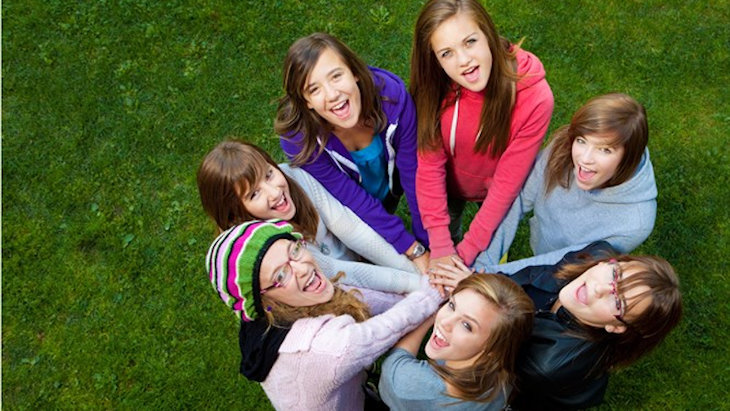 Sending kids to Jewish summer camp fosters a love of being Jewish throughout their lives.

For many campers, Jewish summer camps offer kids their single most intensive opportunity to experience Jewish life. We all understand that kids today seem to be busier than ever before. This creates challenges for Jewish life: as much as many of us would like to prioritize Jewish holiday and social celebrations, for many of us, all too often hectic schedules during the school year get in the way. “I want to celebrate Shabbat dinner each week,” a friend recently explained to me, “but my kids’ schedules are jam-packed and there just doesn’t seem to be any time.’

For many kids Jewish camp is the one and only time that they are in a fully immersive Jewish experience.

Jewish summer camp is a powerful antidote to the sidelining of Jewish life during our kids’ busy school year. It's the one time all year when Jewish rituals and the rhythm of Jewish life can envelop our kids, without competing with a host of other priorities.

“Most campers attend public school. So Jewish camp is the one and only time that they are in a fully immersive Jewish experience,” Rivkie explains.

Finding Jewish friends teaches kids that it’s “normal” to be Jewish and to live a Jewish lifestyle. For some campers, the Jewish community at camp evolves into a lifelong group of friends. Author Rachel Mann met her husband at Jewish camp, and has many friends who met their spouses at Jewish summer camp as well.

While she grew up in a strongly Jewish identified home, Rachel credits Jewish camp with offering her a vision of a different kind of Judaism, one where she could see herself helping to build her community. “Camp offers a joyous, living Judaism that makes Jewish ritual feel current and relevant to young people.” (Rachel was so influenced by her years at Jewish summer camp that in 2016 she wrote the novel On Blackberry Hill, about a Jewish girl who connects with her late mother through attending the same Jewish camp that she did. Her touching tale won the 2016 National Jewish Book Award for Young Adult Literature.)

Jen Koplow, Assistant Director of Camp Moshava, a Jewish overnight camp in Wild Rose, Wisconsin, echoes the power of living Jewish life in camp. “At Moshava Wild Rose...our informal Jewish education is interwoven into everything we do. From night activities to theme days, our kids connect to their Judaism in a very different way than during the school year.”

For Jewish kids who don’t live in Jewish areas, attending summer camp can provide their first taste of what it’s like to live in a more Jewish environment. Sarah Wolfinsohn Gryka, a Chicago-area math teacher, recalls that Jewish summer camp changed her life by showing her what life in a Jewish community looked like. “Jewish summer camp helped implant a love of Shabbat and created a place where I, as a Jew in public school in a very Christian town, belonged. Camp created a strong Jewish foundation that helped me identify as a Jew and be proud to be Jewish.”

Sending our kids to Jewish summer camp is often the single greatest gift we can give our kids to ensure their commitment to Jewish life.

Kira Sirote, a software engineer and religious scholar living in Israel, grew up in the Soviet Union and had never experienced Jewish life before she went away to Jewish summer camp in the United States. “That was my first full Shabbos,” she recalls now, decades later. “After four weeks of camp, I decided this was how I want to raise my children. I was eleven years old. And the song we sang at camp on Friday night, ‘Good Shabbos, Good Shabbos', my granddaughter sings that now.”

Given all these benefits of choosing Jewish camp for our kids, you might think that most Jewish families would choose Jewish camp. After all, with all the concerns about the crisis in Jewish continuity and the sky-high intermarriage rate, here’s one simple action we can take to help instill a strong Jewish identity and love in our kids.

Yet only a tiny minority of Jewish families choose Jewish summer camp: about 10% of American Jews.

By sending our kids to a Jewish camp, we can equip them with the tools to build Jewish communities for themselves and prepare them for a lifetime of stronger identification with and love of Jewish life.

Discovering My Child has Dyslexia (and ADD)