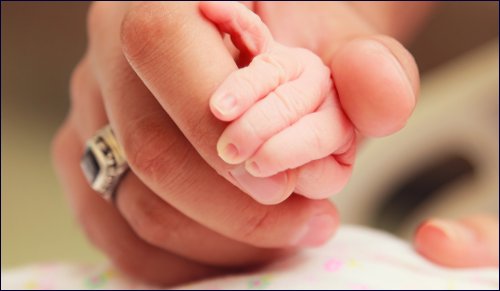 The baby’s mother was injured in a car accident that killed his father.

Last Friday a car from Hebron collided head-on with an armored bus on Route 60. The Arab driver was killed immediately and his wife sustained a serious head injury. Their nine-month-old son, Yaman, survived with only minor injuries. He was taken to the emergency room of Hadassah Ein Kerem Hospital in Jerusalem.

Accustomed to being nursed by his mother, the baby refused to drink milk from a bottle. For seven hours, he was starving and continuously crying. His aunts stood by helplessly, unable to comfort their little nephew.

Then they asked pediatric nurse Ula Ostrowski-Zak if she could find someone who might nurse the baby. A nursing mother, Ula did not hesitate. “I suggested that I do it myself,” she said.

For her entire shift in the pediatric emergency room, Ula Ostrowski-Zak, an Israeli Jew, nursed the Arab baby from Hebron.

"His aunts were surprised that a Jew agreed to nurse him but I told them that every mother would do it."

"I fed him five times," she said. "His aunts embraced me and thanked me. They were really surprised as they’d thought no Jewish woman would agree to nurse a Palestinian baby they did not know."

Then they began to worry who would nurse the baby after Ula went home at the end of her shift. Again the nurse came up with a wonderful idea. She posted a message to the La Leche League online group of nursing mothers. Even Ula was astounded by their overwhelming response.

"Within two hours I received more than a thousand likes and responses from women who volunteered to help and were willing to travel even from Haifa to nurse this baby,” said Ula.

The baby's mother remains in serious condition. After little Yaman is released from the hospital, he will stay with his grandparents in Hebron, where one of his aunts will be his wet-nurse.

This story of a mother’s compassion is reminiscent of an incident that occurred when a Jewish woman nursed a Roman baby in ancient Israel. Though the time and situation were different, the enmity between two peoples was tragically similar.

In the year 135 CE, 80 years after the destruction of the Second Temple when the Romans ruled over Israel, a baby named Yehuda was born. His brave parents defied the Roman ban on circumcision and performed the mitzvah of bris milah on their son on the eighth day after his birth.

The news of their courageous yet defiant act reached the Roman governor who ordered the couple to appear with their baby at the palace.

A Roman woman, who also had an infant son, realized the danger awaiting the Jewish couple. Feeling compassion for them, she offered to temporarily switch her baby Antoninus with their son Yehuda. When the Jewish couple and the baby were called in, the Roman governor saw the baby was not circumcised and allowed them to return home.

The infant Antoninus had the merit to be nursed by Yehuda’s mother while waiting to see the Roman governor. The milk Antoninus ingested from this holy source inspired him to eventually study Torah secretly with his close friend Rabbi Yehudah HaNasi, the Prince. He was affectionately called Rebbe – our teacher, since he compiled the Mishna and became the teacher of Israel.

The Talmud relates that Antoninus had a secret cave leading from his palace in Tiberius to Yehuda Hanasi’s home. Some say he eventually converted to Judaism. Others say that he was an enlightened, compassionate Roman ruler to the Jewish people who enjoyed unprecedented peace during this difficult period of history.

No one can predict what may happen to little Yaman from Hebron. When he grows old enough to understand, will his family tell him that he had been nursed by the compassion of a Jewish woman? And that a thousand other women were touched by his story and offered to help him?

Yaman may never become an Antoninus but hopefully he will be positively affected by the kindness shown towards him as an infant.

Hugging Mrs. H
The Blue Beyond
Great Place to Live
Is Eating Supposed To Be Spiritual?
Comments
MOST POPULAR IN Israel
Our privacy policy