Jerusalem Day, the US Embassy & Shavuot 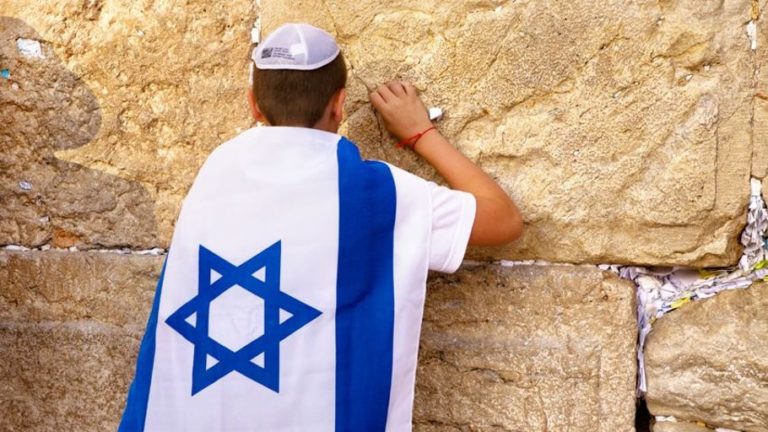 The amazing events of this year’s calendar.

Sunday, May 13, is Yom Yerushalayim, Jerusalem Day. If 1948 allowed us to witness the miracle of national redemption after almost 2000 years of exile with the birth of the state of Israel, the 28th of Iyar in 1967 permitted us to rejoice at the fulfillment of the promise of the prophet Zechariah that “The day will come when old men and old women will populate the streets of Jerusalem…And the streets of the city will fill with boys and girls at play.”

In Hebrew the number 28 spells the word koach, which means strength. The physical land of Israel is the homeland of our ancestors, the area promised to our patriarchs. Jerusalem is far more. It represents the strength of our spirituality, the source of our uniqueness, the reason for our mission to bring the holiness of the temple and its sanctity to the rest of the world.

We swore a sacred oath, recorded in the book of Psalms, that “If I forget thee O Jerusalem, let my right hand wither, let my tongue stick to my palate if I do not remember you, if I do not set Jerusalem above my greatest joy” (Psalm 137). Jerusalem became a holy city over 3000 years ago and through all that time Jews remained steadfast to it. Throughout our long exile, Jews prayed in its direction, mentioned its name constantly in prayers, closed Yom Kippur and the Passover service with the wistful statement “Next year in Jerusalem,” and recalled the city in the blessing at the end of each meal. We fasted on the day of the destruction of its Temple, we left our houses partially unfinished as an ongoing reminder of its loss, and we smashed a glass at the conclusion of every wedding ceremony to indicate that even at moments of supreme personal happiness our joy was incomplete without the true strength of our people – our spiritual capital city.

And in 1967, on the Hebrew date that spelled the word for strength, koach, Jerusalem and the Jewish people were reunited.

We rejoiced. We called the day Yom Yerushalayim, a modern day holiday. But the world after 1967 continued its efforts to deny both the ancient past and contemporary reality. Israel had the distinction of being the only country in the world not permitted to designate its own capital city. As a sovereign nation, its 3000 year old connection with Jerusalem wasn’t considered sufficient to warrant diplomatic recognition by other nations whose very existence was no more than a tiny fraction of the city the Jewish King David sanctified millennia ago.

At long last the United States is fulfilling its promise under the Jerusalem Embassy Act which declared that “Jerusalem should be recognized as the capital of the state of Israel.”

Let us not, therefore, diminish the significance of what is going to be happening this year on Monday, May 14, the very day after Yom Yerushalayim. At long last the United States is fulfilling its promise, a commitment made in 1995 by the American Congress under the Jerusalem Embassy Act which declared that “Jerusalem should be recognized as the capital of the state of Israel.” A motion condemning the move was proposed in the United Nations Security Council, but was vetoed by the United States after a 14 to one vote; the United Nations General Assembly later passed a motion condemning the US announcement 128 to 9, with 35 abstentions. It seems when it comes to the Jewish people the world is still unwilling to acknowledge biblical prophecy or present day fact.

Biblical time periods are measured in 50-year cycles. We are all familiar with the Jubilee year. It is a 50-year count after which land is returned to its original owners. We are familiar as well with the count of the Omer, from Passover to Shavuot. That, too, is 50 days, marking the transition from the physical freedom from slavery in Egypt to the spiritual heights achieved at Mount Sinai upon our acceptance of the Torah.

For reasons known only to God, for 50 years we were denied recognition of our geographic spiritual core. Now on May 14, 2018 we begin a new count – a count which emphasizes that our spiritual self-definition counts as much as our national aspirations.

And what else does the calendar do to alert us to the significance of this moment?

On the Sunday following, on May 20, Jews around the world will celebrate Shavuot and relive the giving of the Torah at Mount Sinai, the momentous event which gives our lives meaning and our people a universal purpose. And we will study throughout the night to demonstrate our love for the gift of the one book whose values and teachings transformed the world.

Commentators ask a fascinating question. Since the Torah was given there, why didn’t Mount Sinai get the distinction of being the holiest spot on earth? Why was Mount Moriah chosen as site for the building of the temple instead of the spot on which we heard the thunderous voice of God pronouncing the Ten Commandments?

Rabbi Soleveichik answered this question with an extraordinary statement: At Mount Sinai God revealed His greatness to man; at Mount Moriah, man revealed his greatness to God. It was at Mount Moriah that Abraham demonstrated the power of complete faith and passed his final tenth trial. It was at Mount Moriah that Jacob lay down to sleep and dreamt a dream of a ladder and angels ascending to heaven and then returning back to earth – a ladder linking the world below with the world above and creating angels who had their source in the human potential for greatness.

The holiness of Jerusalem is testament not to God’s call but to our response. The holiness of Mount Moriah is greater than that of Mount Sinai because it encompasses the sacrifices of all of our ancestors, not merely the self-understood sanctity of the Almighty.

Shavuot follows Yom Yerushalayim. This year the two mountains meet. We pray that as we begin the prophetic fulfillment of Jerusalem, ancient site of our temple, as our people’s acknowledged capital by the United States we may soon also speedily see the universal recognition of the divine source of the words given at Sinai.

How to Respond to Antisemitism
The Promise Of The Land
Which Chat Are You On?: Parshas Behar/Lag Ba’Omer
Do You Like Slow-Cooked Food? Thank the Jews
Comments
MOST POPULAR IN Jewish Society
Our privacy policy