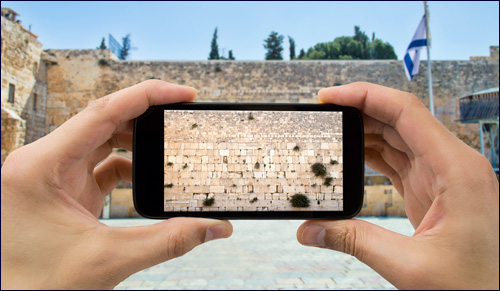 A quick primer about Israel’s capital and largest city.

1. Jerusalem is the capital of the modern State of Israel. Jews are indigenous to Jerusalem and the rest of the country, having maintained a continuous, unbroken presence in the land of Israel for over 3,000 years. Since King David made the city his capital in the 10th century BCE, Jerusalem has been the geographic center of the Jewish people. For centuries it was the capital city of Jewish kingdoms, the location of Judaism’s holiest sites, and the historical focus of Jewish political life. Jewish and Jerusalem’s histories are so interwoven as to constitute a single story.

2. Jerusalem is so central to Jewish culture and civilization that memory of its destruction by imperial Rome (depicted on the Arch of Titus, which is located in Rome) and hope for sovereign restoration are included in numerous Jewish customs and holidays. The breaking of the wine glass at weddings while reciting in Hebrew, “If I forget you, Oh Jerusalem, may my tongue cleave to the roof of my mouth,” memorializes Jerusalem’s destruction, as does the Jewish holiday Tisha B’Av – a fast day of mourning. The Western Wall is the last standing remnant of the Jewish Temple, the holiest site for Jews.

which is the third holiest mosque in Islam after the mosques of al-Haram in Mecca and al-Nabawi in Medina.

4. No Arab or Muslim power ever claimed Jerusalem as its capital. Over the centuries, Jerusalem has been ruled by various invading empires. Other than the Crusaders, the rulers made their capitals Caesarea, Damascus, Baghdad, Cairo, and Constantinople, not Jerusalem.

5. After Israel declared independence on May 14, 1948, the Arab Legion of Jordan, commanded by British officers, attacked Jewish Jerusalem. After bitter fighting, the Jewish Quarter of Jerusalem's Old City fell on May 27 to the Arab Legion’s vastly superior arms and numbers. The Jordanians evicted all the Jews from the Old City and other neighborhoods, which were then looted by Palestinians. For the next 18 years, Jerusalem was a city divided by mine fields and barbed wire.

6. Jordan occupied the eastern sector of Jerusalem until 1967. This was the only time in over a thousand years (since the Crusader Kingdoms) that Jews were prohibited from living in Jerusalem’s Old City. The Jordanians destroyed and looted nearly 60 Jewish synagogues, some centuries old, turning many into animal stalls or latrines. The 2,500-year-old Jewish cemetery on the Mt. of Olives was vandalized and thousands of ancient tombstones were shattered and used for building materials. Jordan built the Intercontinental Hotel on the cemetery and paved the hotel’s access road over ancient Jewish graves.

7. During the Jordanian occupation, Christians, unlike Jews, were allowed access to their holy sites but with limits on the numbers of Christian pilgrims permitted into the Old City and Bethlehem during Christmas and Easter. Christian charities and religious institutions were prohibited from buying real estate in Jerusalem. Christian schools were subject to strict controls, including being required to teach the Qu’ran to all the students.

8. During the 1967 Six-Day War, following unprovoked attacks by Jordan against Israel, Israel's army liberated Jerusalem's Old City from Jordan, finding the Jewish Quarter completely neglected and virtually destroyed. Since 1967, under Israeli control, members of all faiths have enjoyed full religious freedom and access to their holy sites in Jerusalem. There are over 50 churches and 33 mosques operating freely in Jerusalem today. The same cannot be said of Jerusalem under any other sovereignty over the centuries.

9. Jews became a plurality of Jerusalem’s population in the early 1800s and have been a majority since 1864, a generation before the Zionist movement’s founding. Before 1948, substantial Jewish communities lived in both eastern and western Jerusalem. In 1967 the Jewish population was 197,000, and the Palestinian Arab population was 68,000. Today, the population is about 500,000 Jews and 300,000 Palestinians.

10. Jerusalem is Israel’s largest city at nearly 50 square miles. It has become a major cultural center with over 70 institutions teaching the arts, some 60 museums, over 30 annual festivals, an annual marathon, 26 wineries, and over 1,500 public parks and gardens. All of these are visited by some 3.5 million tourists per year.

Jerusalem: Holiest City to Whom?

Why Do We Still Mourn

Why Jerusalem Matters
The Blue Beyond
Great Place to Live
Is Eating Supposed To Be Spiritual?
Comments
MOST POPULAR IN Land of Israel
Our privacy policy