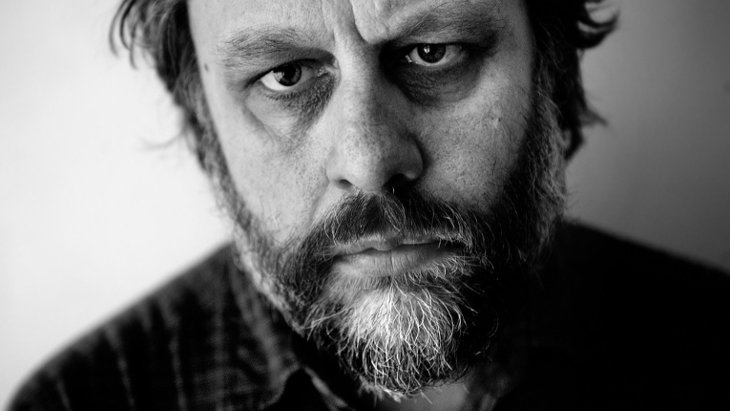 Much has been written about anti-Semitism in Jeremy Corbyn’s British Labour Party. Indeed the Jewish branch of the party has now issued a 53-page report documenting nine instances of Corbyn personally engaging in anti-Semitism.

Trope #1: Anyone who critiques Israeli policy is automatically tagged an “anti-Semite.”

The subheadline of Zizek’s op-ed declares that “the charge of anti-Semitism is addressed at anyone who critiques Israeli policy.”

This is patently false. Half of the Israeli electorate “critiques Israeli policy,” yet nobody would suggest they all are anti-Semites.

Yet Zizek uses this bogus rhetoric to invoke the despicable “Livingstone Formulation” – the claim that Jews automatically cry “anti-Semitism” as a way to: (1) silence criticism of Israel, and (2) mobilize Jewish “victim power” against the Palestinians.

For anti-Semites, this perverse twist works like a rhetorical boomerang: Giving cover to those who disguise their anti-Semitism as a critique of Israeli policy – while cynically turning that criticism around against the accuser.

In his op-ed, Zizek writes:

When the shadow of the Holocaust is permanently evoked in order to neutralise any criticism of Israeli military and political operations… it is the State of Israel that, in this case, is desecrating the memory of Holocaust victims, ruthlessly using them as an instrument to legitimise present political measures.

Zizek’s words are in clear violation of the International Holocaust Remembrance Alliance’s (IHRA) working definition of anti-Semitism, which includes “drawing comparisons of contemporary Israeli policy to that of the Nazis.” Zizek portrays those who attack Israel as the “real” victims – while suggesting that Palestinians are the new Holocaust victims, and Israel the new Nazis. 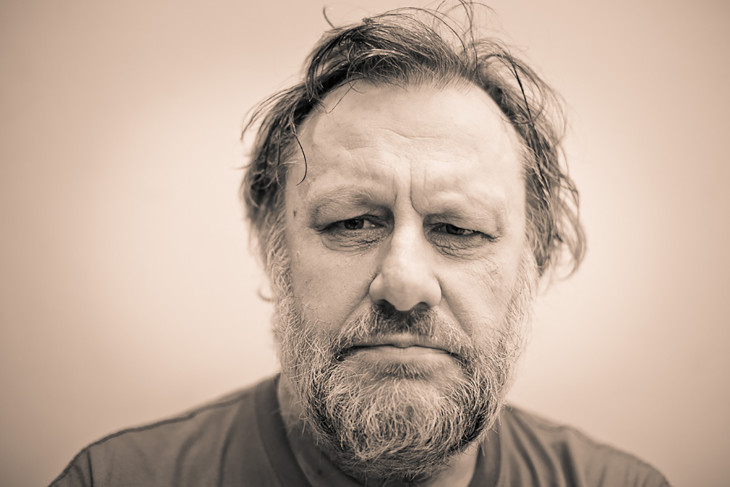 How painfully ironic that these new “Nazi victims” are the same Palestinians who, during the 1940s, were avowed and active partners in the Nazi Holocaust. Palestinian founding father Mufti Haj Amin al-Husseini organized 42,000 Muslim troops to form Nazi SS divisions – carrying out police actions in fascist Hungary and participating in the genocide of Yugoslav Jews. Husseini enjoyed a close relationship with Hitler (upon whom he conferred the Islamicized name, Abu Ali), and spent the war years in Berlin where, at the behest of Nazi propaganda minister Joseph Goebbels, he delivered a daily pro-Nazi radio broadcast to the Muslim world.

High-ranking SS officer Dieter Wisliceny would later testify at the Nuremberg trials: “The Mufti was one of the initiators of the systematic extermination of European Jewry, and had been a collaborator and advisor of Eichmann and Himmler in the execution of this plan... He was one of Eichmann’s best friends and had constantly incited him to accelerate the extermination measures.”

In this so-called “Holocaust Inversion,” where Israelis are cast as the “new Nazis” and Palestinians as the “new victims,” the Holocaust becomes a moral indictment of the Jews – perverting history and desecrating the memory of Holocaust victims.

Trope #3: Palestinians, not Jews, are the true land’s indigenous people.

In his op-ed, Zizek claims that Jews today have “chosen the path of rooting.” He explains that because anti-Semites “reproach the Jews for being rootless, Zionism tries to correct this failure by belatedly providing Jews with roots.”

Perhaps Zizek should refer to Mohammad Tawhidi, a Muslim Imam who speaks out against Islam's "distortion of historical Jewish claims to Jerusalem," and argues for the need to "admit that our terrorist caliphs were the ones who invaded Palestine and built mosques above sacred Jewish sites."

Instead, Zizek embraces replacement theology, declaring “obscene” the historic fact that “the Jewish people have the legal and moral right to live in their ancient homeland.” Zizek concludes: Israel is “the trouble with Jews today.”

With this op-ed, The Independent has sunk another notch in its animosity toward Israel and the Jewish people. It is unsurprising that the op-ed was edited by Rivkah Brown, a self-proclaimed activist for the radical Na'amod: British Jews Against the Occupation.

Those who value truth must speak out against such vicious anti-Semitism. Send your comments to The Independent here.

BBC At It Again

First Report from the Holyland

Moral Madness
The Promise Of The Land
Which Chat Are You On?: Parshas Behar/Lag Ba’Omer
Do You Like Slow-Cooked Food? Thank the Jews
Comments
MOST POPULAR IN Media Objectivity
Our privacy policy