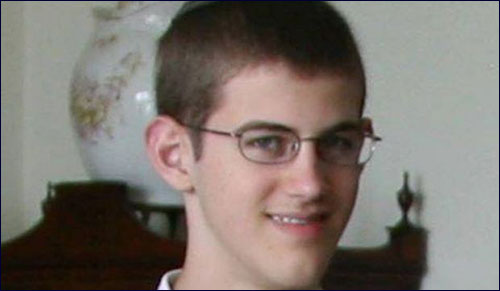 16 year old boy had been missing from Brookline home since Monday amid record cold weather, fliers handed out with picture. 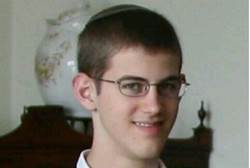 As per the Brookline, MA Police Department, 16-year-old Caleb Jacoby has Boruch hashem been found in New York City. He is reportedly “safe and well”. Caleb went missing from Brookline on Monday.

Jeff Jacoby just tweeted out: Words can’t express our gratitude for the extraordinary outpouring of kindness and support that we have received from so many people.

Jewish Boston Globe columnist Jeff Jacoby's 16 year old son Caleb has been missing since Monday from his home in Brookline, Massachusetts. According to police, the boy, who has a thin build and short light brown hair, was last seen wearing navy chino pants or jeans, and a brown winter jacket.

Jacoby, who stands at 5 feet 11 inches and weighs 140 pounds, has gone missing in the midst of a record-breaking cold chill striking the US.

Ellen Pulda, a spokesman of the Maimonides School that Jacoby attends, reported that "the school is engaging all of its resources to aid Caleb's parents and the Brookline Police. Our entire school community is praying for Caleb's safe return."

On Tuesday, Jacoby's friends and Jewish community organizations were passing around fliers with the teenager's photograph, reports MassLive.

"He's a very quiet boy, he's also a very good one," said Efrat Lipschitz, Caleb's Hebrew teacher. "People really love him in school because he is a very good person."

On his Twitter account the columnist wrote, "we are so deeply, deeply grateful for everything being done to reunite us with our beloved son Caleb."

Those wishing to pray for the boy's safety are asked to pray for Calev Avraham ben Elisheva Rut. 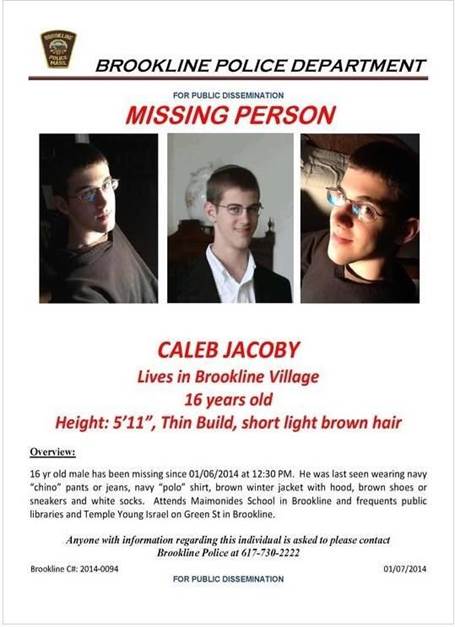 How Did She Survive?
How I Learned to Love the Multiverse
10 Big Jewish Inventions
A Journey through Jewish Sicily
Comments