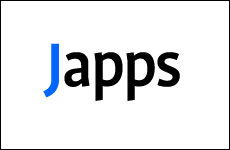 In the time it took me to write this piece, a million new apps were invented. In lieu of writing this piece, I could have taken the time to invent one more. But for you dear readers, that wasn’t good enough. I’ve invented ten more. Not quite a million, but it’s a start. The actual execution of the apps I will leave to those more geek-savvy than yours truly, such as anyone who didn’t wait to buy a cell phone till 2009. Why did I need people not calling me in my car when they already weren’t calling me in my apartment? But finally last year, thanks to the recession, I reached a logical conclusion: I moved into my car. Not really, but it doesn’t hurt to plan ahead.

Evidently, these aren’t the first Jewish apps. They are, in this writer’s humble opinion, the first practical Jewish apps. I can’t wait for you to execute them and make me even more liable to devote eye contact to my hand-held little screen at the expense of the windows to the souls of the humans around me. Windows 1, humans. Remember them?

Planning your next guilt trip? Punch in your starting point: I.e.) “How you slave for your children.” And your ending point: I.e.) “And this is the thanks you get?” And let the guilt trip GPS calculate the time it will take to arrive at your destination – When your son or daughter acknowledges their guilt. Then plan the reverse route: When their admission of culpability leads back to your starting point: How you slave for your children.

Streamlining the word processing maneuvers of “cut and paste,” this application sends you to the nearest mohels who demonstrate virtual cutting and no pasting.

The next time someone relays a true-life anecdote that they claim would make for a great episode of “Curb,” text in the gist and this application will activate a virtual Larry David parroting it back while uttering, “Pretty…pretty…pretty… bad.”

Let this app cut through the generic “mostly sunny” forecasts, with such nuances as “You’ll be schvitzing” and “Where’s an awning when you need one?”

Bird’s eye view of the neighborhoods of all eligible single doctors. Kosher-cam zeroes in on the roofs that keep separate satellite dishes.

Let this app shine a light on your inherent humility. After inputting “I write for a living,” it might lead to… “My name on the back of unemployment checks,” or “You’ve heard of non-writing producers? I’m a non-writing writer.”

FAKE FIGHTING FOR THE CHECK APP

After they grab back the check following your initial, “Please, I insist,” this app will create the illusion you have an important call you need to take outside.

Directs you to the nearest Chinese restaurants with fortune cookies that predict: “Tomorrow, you will take in a movie.”

JEWS ON THE MARQUEE APP

Replaces Anglicized names in classic movie trailers with their originals. Watch Bernie Schwartz get the girl in Some Like it Hot, or ask if Issur Danielovitch is afraid to die in Spartacus!

JEWS ON THE MENU APP

Same as above, but leads you to the nearest delis and celebrity sandwich name originals, like the Benjamin Kubelsky (Jack Benny).

Armed, But Not Dangerous6 min read 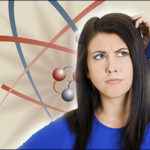 Moishe and Me6 min read

Be My CyberFriend5 min read