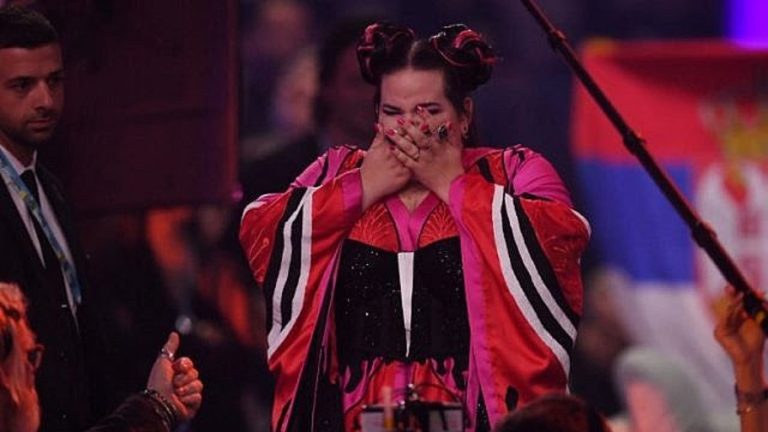 Netta Barzilai wins the Eurovision, the week of Jerusalem Day and the opening of the US embassy in Jerusalem.

Israel has once again won the Eurovision song contest, the massive annual music extravaganza that’s watched by over 200 million fans world-wide. Israeli diva Netta Barzilai beat competitors from over 50 countries, with her catchy song “Toy”, an anthem of female empowerment.

Over a peppy Oriental beat, Netta declares “I’m not your toy” and the Hebrew phrase Ani lo bubbah: I’m not a puppet. Songwriter Doron Medalie, who penned the winning ballad, has explained he wanted a song that spoke to both women and men today, declaring “Women are not toys”. It’s a powerful message about women’s rights that fits in with Israel’s reality as a Western-style democracy where women and minorities enjoy full and equal rights. 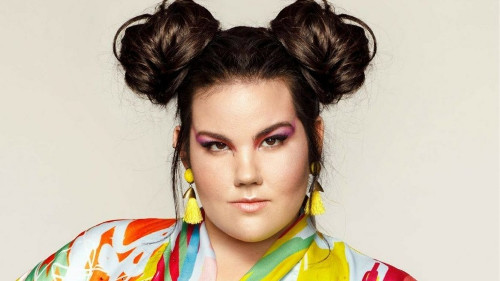 Netta herself embodies many of the hallmarks that make Israel a welcoming place where people are judged by their abilities rather than their looks or genders. Speaking a week before her win, Netta explained that she used to think “pop stars are thin and beautiful and light, and I’ve never felt beautiful, skinny and light.” Determined to prove herself, Netta went on the Israeli show HaKochav Ha’Ba (“The Rising Star”) and declared that instead of conforming to traditional expectations of success and beauty, “I wanted to be me.” Netta won that show and went on to represent Israel in Eurovision, on her terms. Her song’s positive message that women are not “toys” fit in with her can-do attitude.

That attitude also fits in with Israel as a whole. Netta sings that women are “Wonder Women” and in Israel, that resonates (and not only because of Gal Gadot). Israeli women have been Foreign Minister, Speaker of the Knesset (Parliament), Supreme Court Judges, and MPs, mayors, government ministers and army leaders. In 1969, Golda Meir became Israel’s first female Prime Minister - and only the third elected female leader in modern times. Israeli women are more likely than men to go on to higher education. Women now account for a majority of students in degree programs, and work alongside men in Israel’s burgeoning high-tech scene and in other industries.

While millions of fans around the world were celebrating Netta’s win, Israelis also had something else to celebrate: Jerusalem Day, the national holiday marking the day Israeli troops reunified Jerusalem in 1967.

After Israel declared itself a state in 1948, it was immediately invaded by the armies of five surrounding Arab nations. After over a year of fighting, Israel was left with a small fraction of its original territory: much of Jerusalem, its capital, was taken over by Jordanian troops. Jordan didn’t tolerate any Jews living in its territory and expelled the Jewish residents of the portions of Jerusalem it controlled. For 19 years, the Old City of Jerusalem and other neighborhoods in the east of the city that were under Jordanian control were strictly off-limits to Jews. Even the Western Wall, the holiest site in Judaism, was forbidden for Jews to visit.

When Israeli troops recaptured these Jerusalem neighborhoods in 1967, they encountered scenes that seemed to be straight out of Nazi Germany. 34 out of 35 synagogues in Jerusalem’s Old City were destroyed. Many had been filled with garbage, the carcasses of dead animals and dung, and some had been turned into hen-houses. Hundreds of Torah scrolls and Jewish books had been burnt. Jewish graves on the Mount of Olives had been plundered: tens of thousands of tombstones were broken and used as building material and to make roads.

Israelis began the slow process of rebuilding, and they did so in the typically Israeli way, involving all of its citizens and maintaining its long-standing commitment to democracy and human rights. Israel continued to be a beacon of democracy in the Middle East, ensuring all citizens are guaranteed equal rights and enjoy freedom of assembly, press, speech and dissent. Israelis are represented in the Knesset by dozens of parties, including some catering specifically to Arab interests. Scores of newspapers offer a panoply of viewpoints, and can criticize the government without fear of persecution or revenge. And the myriad of mosques' towering minarets that dot Israel's cities testify to the freedom of religion that all Israelis enjoy.

It is no wonder that a recent poll found that a majority of Arabs living in Jerusalem say they prefer being citizens of Israel than citizens of a future Palestinian state. 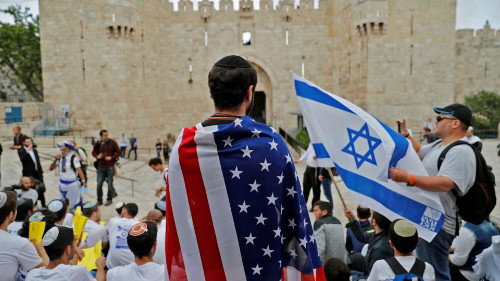 Also during this historic week, the world is finally recognizing the reality on the ground: that Jerusalem is the eternal, unified capital of the Jewish state. On May 14, the United States finally moved its Israeli embassy from Tel Aviv to Jerusalem. Other countries have indicated they will follow suit. Guatemalan President Jimmy Morales announced that Guatemala will move its embassy to Jerusalem on May 16, and Paraguay recently said it would do the same. Czech President Milos Zeman has said he’d like to transfer his nation’s embassy to Jerusalem, and Romania’s government has adopted a proposal to become the first European Union country to relocate its embassy to Jerusalem.

During this historic week, Israel’s pluralism and respect for all its citizens' rights has been on full display. For Eurovision fans, Netta’s proud embodiment of women’s rights reminded the world that in Israeli women have the right and ability to proudly declare their independence and demand respect. In Jerusalem, the vibrant, multicultural city in which all people are allowed to worship, to vote, to express themselves without fear, Israelis rightly celebrated their country’s achievements as well. And at long last, with the opening of the US Embassy and the promise of other embassies opening soon, the world recognized Israel’s incredible achievements and celebrated Jerusalem, Israel’s capital.

On the Bus with Mayor Bloomberg

An Army with a Heart
Should I Break Up, Get Engaged or Keep Dating?
Time Is Your Precious Commodity
A Constant World in Flux
Comments
MOST POPULAR IN Israel
Our privacy policy