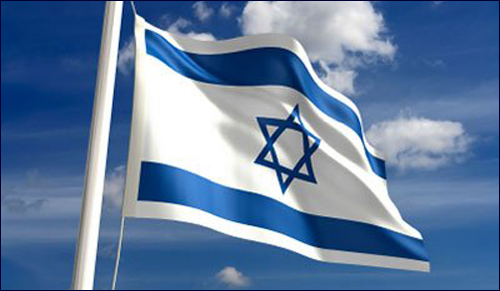 Hamas leader seeks medical care for granddaughter in the Jewish state he hopes to destroy.

Hamas leader Ismail Haniyeh is committed to Israel’s destruction, but when his granddaughter, one-year old Amal, needed emergency medical treatment recently, her family brought her to the Jewish state.

Haniyeh, who describes Israel as a “cancerous tumor that must be removed and uprooted”, has overseen the launching of thousands of rockets from Gaza into Israel, killing scores of civilians. In fact, at the very moment his own baby granddaughter was lying in a hospital near Tel Aviv, Haniyeh publicly boasted that Hamas’ newest long-range missiles can hit that and other Israeli cities.

In fact, the medical center chosen by the Haniyehs - Schneider Children’s Hospital Medical Center of Israel – has been forced by Hamas’ relentless bombing to reinforce its windows and build a rocket shelter in its basement.

The hospital calls itself a “bridge of peace,” and despite the danger posed by Hamas bombs, it attempts to live up to this self-designation by opening its doors to children from Jordan, Africa, Europe, and elsewhere around the world. Each year, hundreds of children from Gaza seek medical care at Schneider Children’s.

Amal Haniyeh isn’t the only member of the Haniyeh family to receive treatment in Israel. In 2012, when Ismail Haniyah’s brother in law developed heart problems, his family brought him to Israel, too, where he was hospitalized for a week and received medical care in Beilinson Hospital in Petah Tikva

Although officially at war with Israel, Syrian officials have been secretly bringing victims of the fighting there into Israel for medical care – paid for by the Jewish state. “For us they are patients who need immediate help or they will die. And it makes no difference where they come from, or whether they’re combatants or civilians” explains one administrator whose hospital in the Israeli city of Safed has treated scores of Syrians.

Save a Child’s Heart, based at Wolfson Medical Center near Tel Aviv, is the largest charity of its kind in the world, bringing children from dozens of countries to Israel for life-saving cardiac treatments. And while Hamas officially opposes the Jewish state’s very existence, it relies on Save a Heart to pay for transporting thousands of children from Gaza to Israel, and provide their medical treatment, each year.

It’s not only in the fields of medical care that Hamas relies on Israel.

Israel’s army is also instrumental in a Dutch-initiated plan to help boost Gaza’s agricultural exports. Notwithstanding Hamas’ continued bombing from the Gaza Strip, Israeli soldiers continue to run seminars on agricultural practices there. “We want to help the Palestinian farmers to grow their crops correctly, and use pesticides correctly, so that next year the produce will be of a higher quality, and quantity,” explained one Israeli army official: his goal “is to create a situation in which the exports to Europe will grow, and will create more profit and Palestinian economic growth in Gaza.”

The Torah tells us “I have set before you life and death, the blessing and the curse; therefore choose life” (Deut. 30:19).

Surrounded by enemies who call for their destruction, countless Israelis have nevertheless heeded this injunction and chosen life. Faced with hatred, time and again, they’ve decided to answer that hatred with myriad organizations to help, to connect with, and elevate others.

Heavy Metal Hatikva
Why the Mezuzah is Placed on a Slant
Faith: the Axis Upon Which the Wheel of Science Turns
Love - Not Just About Chemicals Anymore!
Comments
MOST POPULAR IN Israel
Our privacy policy