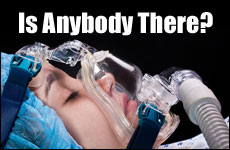 New studies demonstrate how people thought to be in an irreversible “vegetative” state showed signs of full consciousness.

Remember Terri Schiavo, the “vegetative” Florida woman who, as a result of her husband’s insistence and a court order (over her parents’ objections), was removed from life support and died in 2005?

“Vegetative” patients – people who, due to disease or accident, are unresponsive to stimuli – are considered by many to be less than truly alive.

Last year, though, a group of European scientists employed something called functional magnetic resonance imaging (fMRI), which shows cellular activity across brain regions, to demonstrate that four patients in a group of 54 diagnosed as vegetative were in fact hearing and thinking – and could actually communicate – answering yes-or-no questions about their lives – through mental effort.

And now, the prestigious medical journal The Lancet has published a study demonstrating that three severely brain-injured people thought to be in an irreversible “vegetative” state showed signs of full consciousness when tested with a relatively inexpensive, widely available method of measuring brain waves. The researchers used a portable electroencephalogram (EEG) machine, which picks up electrical brain activity in the brain’s cortex, or surface layer, through electrodes positioned on a person’s head.

The research team gave 16 “vegetative” people simple instructions, to squeeze their right hands into a fist or wiggle their toes when they heard a beep. The tasks were repeated up to 200 times.

In healthy people processing those instructions, the EEG picked up a clear pattern in the premotor cortex, the area of the brain that plans and prepares movements; the electrical flare associated with the hand was distinct from that associated with the toes.

Although the three supposedly vegetative people could not move their fingers or toes, their brains showed precisely the same electrical patterns.

Of course, even in the absence of evidence of any brain activity detectable by machines we have now no one can know what degree of consciousness persists in a body unable to move. But a diagnosis of “permanent vegetative state” can make it lawful to withdraw assisted nutrition and hydration – in other words, to starve the patient to death.

A different issue is “brain death” – a diagnosis of irreversible cessation of all brain function, which modern medicine and secular law consider sufficient to permit the “harvesting” of organs before removal of life-support. In the eyes of halacha, Jewish law, can such a patient, whose heart is still beating, in fact be considered a warm corpse?

Some rabbis say yes. But many of the most prominent halachic authorities, including Rav Shlomo Zalman Auerbach, zt”l, and Rav Yosef Elyashiv, may he live and be well, disagree. Leading halachic lights in the United States who concur with those halachic decisors, include Rabbi Herschel Schachter and Rabbi J. David Bleich.

Creative use of technology can act as a brake on the “progress” of the commoditization of human life.

(Halacha, to be sure, does not always insist that life be maintained; in some cases of seriously ill patients, even those with full brain function, it even forbids intercessions that will prolong suffering. But Judaism considers life precious, indeed holy, even when its “quality” is severely diminished. And so, halacha does not permit any action that might hasten the demise of a person in extremis. And, needless to say, it forbids removal of vital organs from a patient not deemed by halacha to be deceased.)

Back in 2005, Princeton University Professor of Bioethics Peter Singer was asked by The New York Times what today-taken-for-granted idea or value he thinks may disappear in the next 35 years. He responded: “the traditional view of the sanctity of human life.” It will, he went on to explain, “collapse under pressure from scientific, technological and demographic developments.”

The professor, unfortunately, is likely right about society’s regard for human life – particularly as life-spans increase, insurance costs rise, and demand for transplantable organs intensifies. Human beings run the risk of morphing from holy harborers of souls into… commodities.

Ironically, though, Singer may be wrong about technological developments. As events of late have shown, the creative use of technology can upend our assumptions about things like “vegetative” patients, and act as a brake on the “progress” of the commoditization of human life.

Would an EEG have yielded any sign of consciousness in Terri Schiavo’s unresponsive body? Doctors say it is unlikely, that her brain was likely too deeply damaged.

Is Stem Cell Research Ethical?
Scientific Curiosity and the Divine Encounter
Mind Over Milkshakes
Love the Convert
Comments
MOST POPULAR IN Interpersonal
Our privacy policy
Aish.com Is Looking for Great Writers