Is Patrick a Jewish Name? 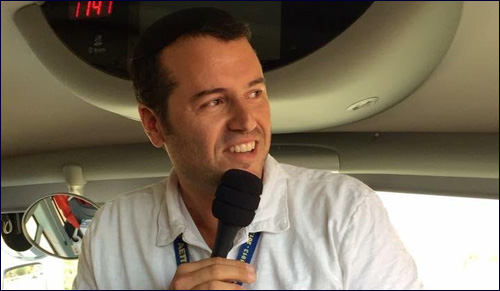 You should see the look on people’s faces when I introduce myself. “Patrick?! What kind of name is Patrick?”

Well I’ll give you a hint: it’s not Irish. You see, it’s not every day that you meet a religious Jew living in Jerusalem and working as a tour guide that is named Patrick. So let me try to explain…

My parents come from Morocco, a French-speaking Jewish community which numbered around 250,000 until the 1960’s when about 200,000 of them came and settled in Israel. They’re kind of like the Italians or the Irish of America- a big cultural force. Another 15-20,000 went to France and many work in the fashion industry. It’s true, look it up. And another 15-20,000 went to the second largest French-speaking city in the world, Montreal, Canada. That’s where my parents went (and I have lots of family in Israel and France, but no one from my family stayed in Morocco). 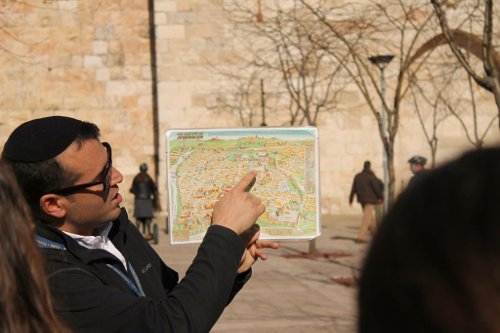 So picture this: my parents are new immigrants and they want to fit in and they want their children to fit in. So, they gave us names to fit into French society. ‘Pa-treek’ makes a lot of sense in French Montreal and is not so unusual in the Jewish community there. It’s like an American Jew being called Richard or Lori. But when I meet a Jew from New York or Boston, I’m often the first Jewish Patrick they ever met.

Many Jews have two names, one for the outside world and one for the Jewish world. So my parents also gave me another name. When I was 8 days old, they whispered into my ear and announced out loud in the synagogue that my Jewish name would be Daveed ben Amram, they named me after my grandfather. So I like to think of myself as Patrick on the outside and Daveed on the inside.

As a tour guide and educator in Jerusalem, I often speak about the Western Wall from the roof of the Aish HaTorah World Center. Those of you who have seen it know how breathtaking it is. I speak about it much in the same way as I relate to my name. That wall has three names because it has three identities. It’s known as the Western Wall, the Kotel, and the Wailing Wall. 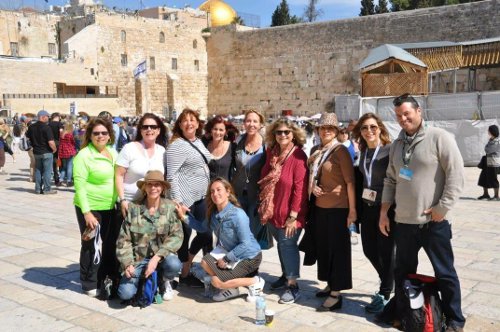 The Western Wall speaks to its location and function as a retaining wall of the Temple Mount, built by Herod the Great two thousand years ago.

The Kotel means “The Wall” in Hebrew. It speaks to pride, redemption, and return. The Israeli flag flies at the Kotel. Soldiers and birthrighters embrace and sing at the Kotel. You feel safe at the Kotel. You feel proud at the Kotel. It is the main location for IDF ceremonies where newly formed soldiers pledge allegiance and receive their gun and Tanach. The Kotel is symbolic of Israel’s destruction and the modern return of the Jewish People to their land, a work in progress.

The Wailing Wall is due to the tears shed during people’s prayers. There are two aspects here: one is the tears shed by individuals, many of whom are praying because they feel like they have nothing left. They’ve tried the best doctors, they’ve tried the best bankers, and here they turn to the Almighty. And there are also the tears of a nation, a nation that still mourns the loss of its Temple, the destruction of its ancient homeland, and the years of suffering. We come to the Wailing Wall during Tisha B’Av. We come to the Wailing Wall when the nation is suffering and we need to come together to repair it through our prayers and tears.

Patrick served as a Pro-Israel student activist with Hillel while studying Political Science at Concordia University, one of the more notorious campuses for its amount of Anti-Israel activism. Because of his experiences on campus and educational trips to Israel (he was on the first Birthright trip) he decided to move to New York City in 2003 to help establish the national office of Hasbara Fellowships, a program of Aish which trains and supports Jewish college students in their fight to support Israel across North America. He has staffed dozens of missions to Israel, including Birthright, Hasbara Fellowships, the Jerusalem Fellowships, the Jewish Women's Renaissance Project and HonestReporting missions. Since making Aliyah in 2006, he studied at Yeshiva Aish Hatorah and completed the 2-year tour guide course. Patrick lives in Jerusalem with his wife Julie and their children. Patrick operates his own tour company in Israel which focuses mainly on family trips to Israel.

Israel: The Gateway of Hope
What Makes Eli Run?
The Tyranny of Materialism
Science Enters the Mysterious Inner World of Consciousness
Comments
MOST POPULAR IN Israel
Our privacy policy