Is AIPAC’s Influence in Decline? 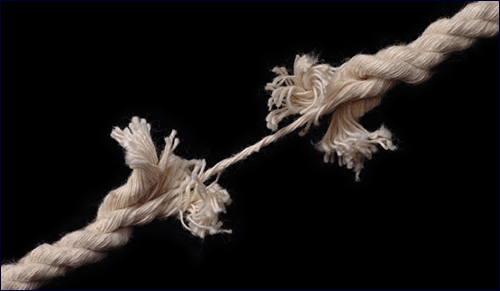 If it is, here’s an important Purim silver lining.

“Has AIPAC lost its mojo?”

These are important questions and AIPAC is an important organization. I am a supporter of AIPAC, and have defended the organization from attacks from the right and the left. If they have indeed lost their mojo, if they are not as effective as they used to be (and that's a big if), perhaps we can find a silver lining.

The Purim story has a timely response to this situation. When Esther heard of the King and Haman’s plot to kill the Jews, she formulated a response. She asked the Jewish people to fast for three days, after which time she would approach the king and plead on their behalf. For those of you who remember their Sunday school training, the king had an interesting policy. If you presented yourself to Ahashveirosh without being asked, you were risking your life. At the moment, upon seeing you in his doorway, he would either lift his scepter and allow you entry or keep it lowered, sentencing the supplicant to death. This was the situation awaiting Esther. So she ordered a three-day fast. Why?

Esther wanted the Jewish people to recognize that everything is in the Almighty’s hands.

And to highlight this, to augment this recognition, she added an important component. I don’t know about you but after a one day fast, I certainly don’t look or feel my best. I can’t begin to imagine how I would appear after a three-day fast, if I could stand at all. One would think that, in approaching the king with so much at stake, the goal would be to look your best. Shouldn’t Esther have hired a make-up artist and a personal shopper? Shouldn’t she have rented jewelry from Harry Winston and a gown from some hot young designer? (Oh sorry, I’m getting confused with the Oscars!) Wouldn’t that have been the way to put her best foot forward?

Instead, she approaches the king after three days of fasting, looking pale, wan and sickly. Why? She was trying to convey an important message to the Jewish people. She was afraid that they were overly confident. They knew that she was in the palace. They were probably relying on her to save them. Their prayers wouldn’t be so heartfelt. Their dependence would be on her instead of on the Almighty.

That just wouldn’t do. So Esther took matter into her own hands by clearly taking them out of her hands! She fasted, she prayed, she asked the Almighty for help and she went to meet the king looking like – well, like someone who has fasted for three days!

As the story goes, she found favor in the king’s eyes. Given what her mirror told her, this was miraculous (so the Talmud reports). This only came about through Divine intervention. This was a response to her prayers and those of her people.

Perhaps we have a similar opportunity right now. If AIPAC really isn’t as powerful as it used to be, maybe it will force us, nudge us, encourage us to turn to the Almighty instead. Maybe this is our turning point, our moment to recognize that everything is in His hands and to ask Him to save us. Maybe it’s a gift. It can’t be a coincidence that it’s all coming to a head right before Purim.

Battles Are Won Within

Our Untold Stories
Vayelech 5783: Regret and Repent
Rabbi Sacks: Focus On the Important, Not the Urgent
Put Your Foot Down: Are Human Feet Poorly Designed?
Comments
MOST POPULAR IN Family
Our privacy policy
Aish.com Is Looking for Great Writers