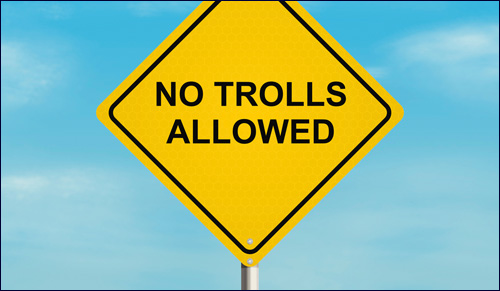 Ultimately nothing is anonymous.

Every day some new manifestation of the dangers of social media occurs. Now it seems to be “trolling” where, under the cover of anonymity, it is possible (and increasingly more prevalent) to steal personal data, call in emergency SWAT teams, write mocking posts on Facebook memorial pages, threaten rape and other violence to people who take positions you don’t like (like Anita Sarkeesian whose “crime” was to point out the misogyny in video games), write virulently anti-Semitic posts (apparently so many that the deputy Washington editor of the NY Times felt compelled to delete his Twitter account) – the list of possibilities and types of attacks is virtually endless.

When I was a kid, phone pranks were popular (you know the old “Is your refrigerator running?” line). While I’m not justifying it, it had no long-term consequences and was a brief, silly moment. We can allow for teenagers to engage in the occasional innocent prank. But the internet permits people to cross the line, with seeming impunity and immunity. And this leads them to push the boundaries.

There is a famous maxim in Ethics of Our Fathers which would limit trolling if people would remember it and reflect on it. We are reminded to “Know what is above you – a watchful Eye, an attentive Ear, and all your deeds are recorded in a Book” (Avos, 2:1).

The consequences in this world may be very limited. The ultimate ones may be harsh indeed. It is very hard to live with this consciousness. It is certainly difficult to live with it on a constant basis. But when we think of what is at stake, maybe we will stop before we hit send.

It’s too easy to cause damage on the internet. There is no authority stopping you (except the Higher One), it doesn’t necessarily happen in real time, our victims don’t see who we are and can’t exact retribution or revenge. It has the makings of a “perfect crime.” Yet whether it fits the definitions in the criminal justice system or not, it is a crime – against others and against oneself. It is a hardening of our souls and a callusing of our humanity. It is bullying and cruelty and cowardice all rolled into one.

Yes, it’s easy. Yes, you may never get caught. But it is not harmless and there is an ultimate price to pay. For a brief moment, a troll may be in the limelight. But when the limelight fades and they’re alone in the dark, they have to ask themselves, “Is this who I really want to be? Is this the legacy I want? Is this how I want to shape my eternity?” Good questions for all of us to ponder.

Let's make sure that we don’t have an “inner troll” and if we do, let's root it out before it’s too late. While internet fame may be brief and fading, the Almighty’s Book is forever.

The Most Important Thing a Man Should Do for his Wife

I Look So Fat

Great Expectations
Can You Show Me This "God?"
How to Become Immortal
Judaism and Mental Health
Comments
MOST POPULAR IN Family
Our privacy policy
Aish.com Is Looking for Great Writers