Inside the Mind of a Suicide Bomber 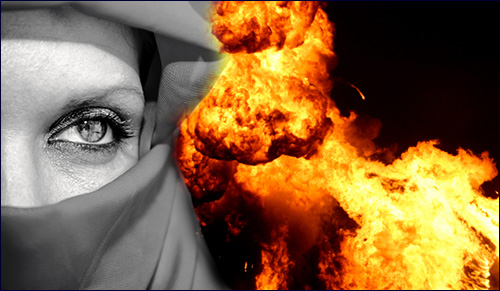 Dr. Anat Berko, a world-renowned terrorism expert, knows suicide bombers like nobody else.

“The fundamental difference between male and female suicide bombers is in their level of fundamentalism,” explains Dr. Anat Berko.

She would know. For the past 20 years, Berko has devoted her life to understanding the mindset of both suicide bombers and their dispatchers through first hand research, by interviewing captured terrorist in their jail cells. 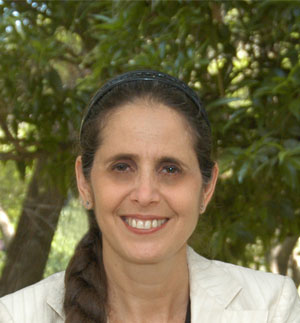 She explains: Whereas many male suicide bombers are motivated primarily by an ideology of hate, the female suicide bomber often has an additional motivating factor of emotional and physical abuse within her own family. They are often women who have culturally “shamed” their family and are “redeeming” themselves of this disgrace. These women are sometimes given the opportunity to die as terrorists instead of being killed in an honor killing.

That does not make them any less dangerous. Dr. Berko, who holds a PhD in criminology from Bar-Ilan University, points out that they are often able to exploit the lack of suspicion to sneak in beneath Israel’s defense systems and attack civilians. Moreover, they have been known to deliberately target other women and children, out of envy of Israeli women and children’s lifestyle and higher standard of living, or frustration with an inability to have children of their own.

“I use empathy as a tool to conduct my research. It doesn't mean I identify with the prisoners,”

However, a fascinating twist to their cynical abuse of society’s trust is the fact that their attacks are often less successful. Their lack of experience and terrorist training results in a higher rate of unsuccessful attempts, or attacks that don’t inflict as much harm as initially hoped. Additionally, they pay a higher price socially for being in prison: they are considered “used goods” in the Muslim world, partially because they interact with men to prepare to carry out their attack, and their biological clock continues to tick while in prison. The result is that women are a lot less likely to return to terror once they are released from prison, a very common phenomenon amongst their male counterparts.

As a criminologist, Dr. Berko attempts as much as possible to enter the mind of suicide bombers, to understand them and their world view. “Whereas others focus on tactics and diplomacy, my approach attempts to understand them a psychological, sociological perspective by getting inside their mind.”

To this end, she has spent countless hours interviewing terrorists in their cells. Her first interviewee, in 1996, was arc terrorist Sheikh Ahmad Yassin, the founder and spiritual leader of Hamas who was responsible for multiple suicide bombings and deaths of many Israeli civilians and who was ultimately assassinated by Israel in 2004.

One of the insights Berko discovered is the fact that "The suicide bomber does not act out of suffering or inferior economic status, but rather out of a desire to win social recognition." Contrary to popular belief, suicide bombers are not motivated by poverty or lower socioeconomic status, but rather, to quote a dispatcher she interviewed in prison, they are “sad people” whose personal weaknesses are exploited by the terrorist organizations.

Although Berko’s entire career is built around “winning the hearts” of terrorists and trying as much as she can to “get into their headspace,” she stresses the difference between empathizing with a terrorist and sympathizing with one. “I use empathy as a tool to conduct my research. It doesn't mean I identify with the prisoners,” she explains.

Particularly fascinated by the mindset of the female terrorist, Dr. Berko realized that there were fundamental differences in their motivations and consequently devoted five years to study the subject. She discovered conflicted and challenging personal lives, which usually involve maltreatment and exploitation.

Today she’s hugging me and crying to me that she misses her mother. Yesterday she tried killing my children.

The complexity of the situation is not lost on Dr. Berko. “More than once the thought has crossed my mind: ‘Wow. Today she’s hugging me and crying to me that she misses her mother. Yesterday she tried killing my children’.” How does she cope with this? “It requires a certain mental distance, where you are aware of your feelings but you still carry on doing your job.”

While speaking to her, I couldn’t help but picture the dynamic between Hannibal lechter and Clarice in Silence of the Lambs. I was surprised when Dr. Berko made the same comparison herself, adding, “I do think that as a woman, I am less threatening to terrorists, which allows me to more readily access their deeper thoughts and feelings.”

Berko began her research while still serving in the Israeli Defense Forces. By the time she was discharged, she had completed 25 years of service in a variety of leadership roles, risen to the rank of lieutenant colonel, and had earned herself a PhD in criminology. What attracted her to the field? “In the mid 90’s there was a wave of suicide bombing attacks in Israel. I was consumed by a fascination to understand the mindset of these attackers, and I devoted night and day to the study.”

Dr. Berko’s unique expertise means she is continuously consulting for a wide array of governmental bodies and defensive institutions. A research fellow the International Institute for Counter Terrorism at the Interdisciplinary Center in Herzliya, she has presented her research to the state department, congress, the United Nations, NATO, the FBI, the marines, and the New York Police department.

Her research has resulted in policy changes and interrogation techniques. For example, during the negotiations for the release of Gilad Shalit, Dr. Berko advised Israel to make a gesture with emotional significance. Her suggestion contributed to Israel’s decision to release 21female terrorists from prison; in exchange Shalit’s captors released a video of him that proved he was alive. This was in pivotal step in the negotiation process that ultimately led to Shalit’s freedom.

She has also written two books on the subject, The Path to Paradise and The Smarter Bomb. Interestingly enough, these have been adapted into an off-Broadway play entitled Paradise.

To prevent these attacks in the future, Dr. Berko believes, one needs to understand the mindset of these terrorists. What is the root cause behind the growing wave of female terrorism worldwide, whether in the form of Chechen black widows or amongst the ranks of the Kurdish PKK, the Sri Lankan Tamil or Palestinian terror groups? What is the force that is making this terrible phenomenon more and more common? “Few people have the patience to focus for 20 years on this area of research,” she says, “and it is my mission to share this knowledge with whoever can benefit from it.”

Berko regularly tours campuses throughout the United States, presenting her findings. At the University of Florida a group of anti-Israel students heckled her while she attempted to talk, bothered by the fact that she was “a researcher who is Jewish, who is Israeli, who is not embarrassed of the fact that she is a Lieutenant Colonel in the IDF reserves.”

There is no country better for us than Israel.

“They brought up the issue of Palestinian refugees. I showed them pictures of my Iraqi Jewish family and said, ‘they are also refugees. We are all refugees.’”

When the students continued to disrupt her lecture, and ignore Berko’s request to save their questions for the end of lecture, she shocked them by asking them to leave. The Jewish students at the event were impressed, and wanted to know why she wasn’t afraid. Dr. Berko said it was easy. “When you’re used to sitting a cell with terrorists and murderers, you think I’m going to be scared by a bunch of American college students? That’s my motto: don’t be scared, and don’t be embarrassed.

“Israel is my country, I was born here. And the more we see what’s going on in the world, and we look at our history, the more we realize that there is no country that is better for us than Israel. I have devoted a better part of my life to serve the country, and my children are serving the army as well. I am very proud of my identity.”

Shalom Tzvi Shore is a blogger and scriptwriter residing in Jerusalem. His favorite topics are humor, process improvement, and personal growth.

The Problem, Not the Solution

Arafat the Monster
Should I Break Up, Get Engaged or Keep Dating?
Time Is Your Precious Commodity
A Constant World in Flux
Comments
MOST POPULAR IN Israel
Our privacy policy