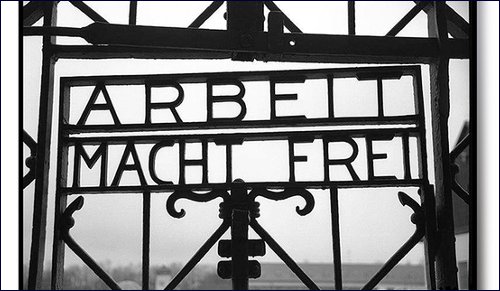 Sometimes life tugs your elbow to make sure you're paying attention. This was one of those days.

April 29, 2015 – Last year, I left my home in Israel to visit my grandmother in Pennsylvania. I found a great price on Expedia, focusing on arrival/departure times I thought would best suit her schedule. A few days before the end of my trip I noticed that my return flight had 12-hour layover in Munich. I'd never been to Germany, and touring Poland on a class trip when I was 16, I was not keen on going. But changing the ticket was prohibitively costly. Reluctantly, I began to look online for ways to spend my day there.

On a site describing beer halls and crown jewels, I put "Jewish" into the search menu. This narrowed my choices from 983 to 6. Among them, a five-hour tour of the camp at Dachau, a suburb of Munich.

My grandfather, who died in 1994, was there as a liberator under General Patton. This was a good way to spend my day there. How I wished my grandfather were alive so he could come with me or talk to me on the phone as I walk in his footsteps so many years later. Then I discovered that I'd be arriving in Munich on April 29th, the day Dachau was liberated, 69 years to the day that my grandfather was there. The odds of this overwhelmed me. It also overwhelmed my father who booked a ticket from Israel to meet me there moments after I shared with him this “coincidence.”

His flight got in half an hour before mine; I got off the plane to find him standing at the gate smiling. What a different – and so much less lonely - time in Germany than I thought I might have. We ran to the train that would take us to the start of the tour and arrived just in time.

Our tour guide was a German man named Achim, whose family, he told us with a startling mixture of pride and indifference, were members of the SS. He made a point of letting us know that Dachau is not the only place he guides; he was giving a tour of the palace the next day, as though both places carried equal significance. Perhaps they did, but not to me. 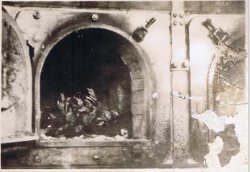 Photo at Dachau taken by my grandfather

We walked into the camp. We saw the grounds that once held 32 barracks and imprisoned over 10,000 Jewish men. We saw where medical experiments were conducted, where they slept, showered and worked. We saw bordering ditches, guard towers and once-electrified barbed-wire fences that caged them. We saw the crematoria.

And we tried to look through my grandfather's eyes, a 21 year-old volunteer, whom the U.S. army tried to turn away due to his flat feet. We tried to imagine what he might have seen and felt as he stood there that day, liberation day, 69 years ago, when the camp must have looked very different.

I don't remembering ever hearing my grandfather tell me a war story in the 16 years I knew him. But I do remember hearing about a dispute he had with my father regarding serving in Vietnam. My father was ready to run to Canada if called-up, and my grandfather adamantly believed that one serves his country, end of story. Our guide gave us time to walk through a prison block, cell after cell of unlivable conditions which mostly housed clergy, imprisoned for opposing the Nazi regime. After 20 minutes of quiet contemplation, we stood outside again on the camp grounds, I said to my father, "Maybe this is why Zayda was so insistent that you serve. This is his experience of army service: right versus wrong, humanity versus barbarism. This is what he witnessed."

I can’t know for sure, but by the look on my father's face, and his tears, it felt like we landed on a truth. I could almost see my grandfather standing there with us and nodding, and then opening up to tell us one story flooding into another. I wish I could hear them.

As a dual citizen, I usually fly through Europe using my U.S. passport, just easier that way. I was careful this time, to hand them my Israeli passport. Now I have a stamp: Entrance, April 29, 2014 - Exit, April 29, 2014 over the watermark of a menorah, the emblem of the Jewish state. 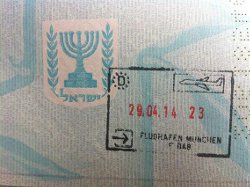 There is a belief in Judaism that there are no coincidences. Sometimes life tugs your elbow to make sure you're paying attention. This was one of those days.

Our first stop off the plane back home in Israel was at my sister and brother-in-law's home, where we were greeted by their exuberant young sons, the older of whom is named for my grandfather. I may have hugged him just a little tighter than usual.

Father's Day is in June, but for me, April 29th – the day I walked with my father walking with his – has become my personal Father's Day, a day I'll never forget. Thank you Zayda for serving, and thank you dad, for meeting me to walk in your father's footsteps together. 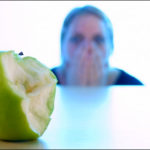 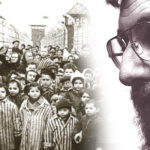 Lessons From My Father8 min read

A House of Hopes7 min read