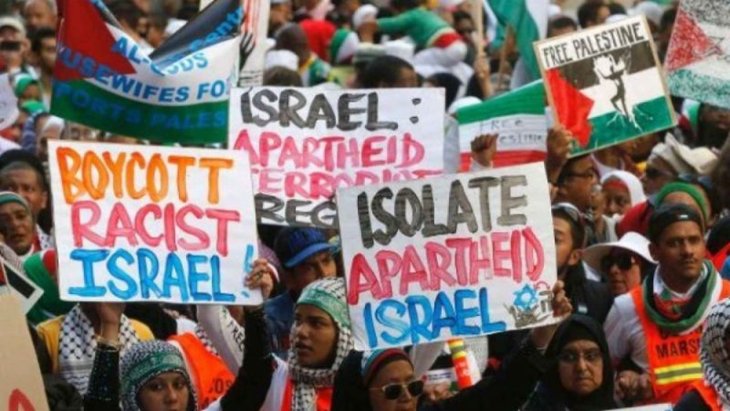 In Canada, I'm standing for what’s right. And if that makes me the enemy, then so be it. I will not apologize for that.

Instead of listing the daily occurrences of anti-Semitic attacks in France, England and North America, I will single out two events that happened during the last couple of weeks in Canada where I live. They speak to a larger issue at hand. These are not isolated incidents. They are indicative of the current political climate in Canada, and other parts of the world as well. This is the frightening new normal.

Instead of generating intellectual discourse, university campuses have become a breeding ground for hatred and thought control. At McGill University it has been outlawed by the school paper to publish any pro-Zionist content whatsoever. This has been passed and enforced under the guise that any pro-Zionist speech is “hate speech”. A university, a supposed place for higher education that values free exchange of ideas, has effectively silenced an entire group of people.

I don’t care what you stand for, this is anti-democratic and threatens all of us. The point isn’t that no one is allowed to disagree with Israel (or Judaism for that matter). Go right ahead and disagree. But don’t forcefully break up a lecture being given by a veteran of the Israeli army while hurling anti-Semitic slogans and death threats under the guise of ‘social justice.' This is what happened last week on the York U campus where a pro-Israel group had their event shut down by a protest from an anti-Israel group called SAIA (Students against Israeli apartheid) which quickly resulted in violence, anti-Semitic slogans and death threats.

If students are being bullied, belittled and denied their own voice, then the future is looking pretty bleak. Censorship and physical violence have no place in any democratic institution.

I don’t have a problem with people disagreeing with Israeli politics. I find many of Israel’s decisions to be questionable at best. My problem here is with extremism. Many people who are opposing Israel on today’s campuses aren’t doing it from a place of intellectual disagreement; they are espousing hatred that seeks to eliminate Israel, not merely change it.

As the memory of the Holocaust fades and anti-Semitic attacks increase, education becomes more important. The media and educational facilities must do their part by allowing both Jewish and Zionist voices to be heard. While we continuously fight for things like racial and gender equality, and social justice as a whole, we need to remember that the Jews have a place in that equation.

And as Jews, we must speak out against anti-Semitism wherever it occurs.

Election 2012: Does the Jewish Vote Matter?
Why Are The Prayers Of Yom Kipur So Repetetive?
Ha'azinu 5783: A Time for Unity!
Twisted Thinking
Comments