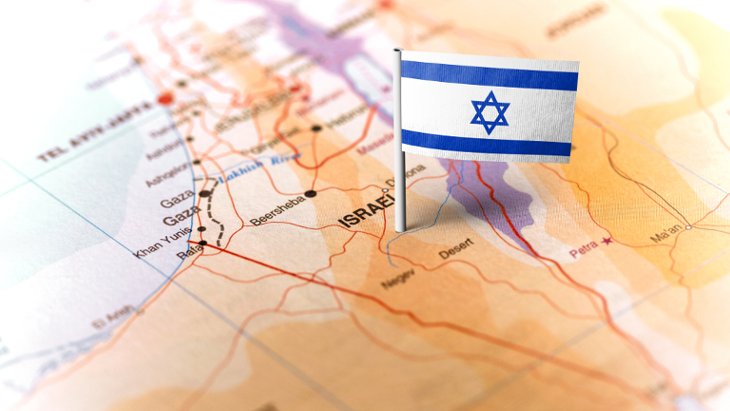 The controversial congresswoman is headed to the Holy Land. Here’s an itinerary that will help her see a few things that might change her heart and her mind.

When news broke last month that Rep. Ilhan Omar was planning a trip to Israel, Gaza, and the West Bank with some of her congressional colleagues, I felt a subtle sense of hope. I disagree with many of Omar’s comments on the conflicts, but, given her rapid change in viewpoint after winning her election, I hope that she’ll come to the region with an open mind and an open heart. And having myself visited Israel on numerous occasions – visits that were deeply meaningful to me and helped me shape my view of regional politics – I believe the right itinerary could make a real difference. I’m no travel agent, but I wrestle daily with a complicated view of the Israeli-Palestinian conflict, and, with that in mind, sat down to imagine the trip I would arrange for Omar and her friends.

Tzfat is a good place to start and get rooted. The town has a deep history of Jewish mysticism, religious study, and art. Local legend claims the city was created by Noah after the flood. Yes, that Noah. It has ancient Jewish roots, including mentions in the Jerusalem Talmud and the writings of Jewish historian of Roman times Josephus, as well as a vibrant modern Jewish culture of mystical study and art. I hope Omar will stop by Abraham Loewenthal’s studio and chat with him about mystic art; I have one of his pieces in my kitchen.I hope she walks the ancient streets, exploring its beautiful unique synagogues. Abuhav Synagogue, built by Rabbi Abuhav and his disciples after they were expelled from Spain in 1492, is a favorite of mine. Another is the Ari Ashkenazi Synagogue, built in 1570. In 1948 a piece of shrapnel flew through the synagogue while congregants were praying, and, miraculously, no one was injured. People still write notes to God and slip them in the the hole the shrapnel left behind. I have left my own prayers there.

Why should Omar spend a day touching ancient stones and chatting with hippie mystic artists? Because some of her fellow progressives are likely to tell her that nothing about Israel is authentically Jewish, that it is all a modern construction, a colonialist, white supremacist enterprise. I am hoping after a day in Tzfat she will vocally disagree. Tzfat was the home of PLO Chairman Mahmoud Abbas before his family fled in 1948, and the home of Rabbi Abuhav who took refuge there in 1492. Roots tangle, especially in the Holy Land.

Now that Omar has rooted herself in history, I think she should visit those who best understand what’s at stake, because they have lost the most: the parents who lost a child to the conflict. Parents Circle-Families Forum is a grassroots organization of Palestinians and Israelis who have lost an immediate family member in the conflict. In 2007, I met with Aaron, a father from PCFF who told me lovingly and achingly about his son Noam, who was killed in the Second Lebanon War. His hands never stopped shaking, rolling and unrolling a piece of paper as he recalled hearing the news of his beloved son’s death and how he felt called to push for peace, reconciliation, and dialogue. PCFF brings families together to share their grief, and their hopes that by sharing grief they can create a path to reconciliation and peace. They have offices in both Ramat Efal and Beit Jala you can visit, where members engage in dialogue circles. Additionally, PCFF runs a summer camp for bereaved youth and a hotline that allows Israelis and Palestinians to talk for free and make new connections. It has had over a million callers. PCFF is both heartbreaking and inspirational, and it’s the kind of project that needs more support. In this era of American activists creating “anti-normalization” clauses and refusing dialogue and debate, PCFF stands in stark contrast to Western bombast. It is a model that is both heartbroken and hopeful for peace, deeply committed to recognizing the pain of all its members.

The people of Sderot have been hit with thousands of rockets over the past decade,

Another space that will help Omar understand the stakes of the conflict is Sderot. The people of Sderot have been hit with thousands of rockets over the past decade, including this past May, when over 450 rockets attacked Southern Israel from Gaza. One landed right outside a kindergarten in Sderot. Forty percent of children in Sderot suffer from PTSD and anxiety due to the trauma of rocket attacks, which is far higher than the national average of 7% to 10%. The Israeli Education Ministry’s psychological service is now training teachers to help them better support children who are traumatized by the conflict. In 2009, the Jewish National Fund donated an indoor playground that doubles as a bomb shelter, so that the children of Sderot can play without risking being too far from a bomb shelter. When a Code Red alert sounds, residents have only 15 seconds to reach a bomb shelter. There are over 200 throughout the city. Rep. Omar and members of her “squad” have proposed cutting U.S. military aid to Israel. I think when she is in the region, she should meet with the families in Southern Israel that would bear the brunt of that cut.

While examining investments in keeping the people of Sderot safe, both in terms of bomb shelters and the Iron Dome, it is important to contrast the average citizen of Sderot with the average citizen of Gaza, who does not have access to a bomb shelters. It seems the Hamas government is unwilling to invest in civilian bomb shelter, preferring instead to invest in underground smuggling tunnels that further the effort to bomb the citizens of Sderot. If Rep. Omar and her colleagues get a chance, they should question the Gazan government’s priorities.

More than any one specific tour stop, I hope Rep. Omar integrates into her itinerary a search for duality. Sometimes we must hold two difficult, even seemingly contradicting truths in our mind at the same time, especially as people of faith. When she visits a West Bank checkpoint, as I hope she will, and confronts the cruelty of the occupation and the hardship it causes, I hope Omar will also talk to the Israeli soldiers on duty. If she does, she’ll see that they are often very young, just out of high school, and very frightened by the burden of responsibility for security placed on their shoulders. I hope she speaks to Palestinians who lost everything in 1948 and became refugees, just like her, and I also hope she speaks to Jewish refugees from Yemen, Tunisia, Morocco, Iraq, Ethiopia, and the former USSR, who found a home in Israel when they were in desperate circumstances. If the congresswoman chooses to pray at the Al-Aqsa Mosque, I hope she also goes to the Kotel. When I touched the stones of the Kotel for the first time, I laid my head on it and wept, because God felt so close and yet so far away. It is the same way for peace in the region, it seems both within our grasp and devastatingly far away.

Carly Pildis is a political organizer and advocacy professional based in Washington, D.C. Her Twitter feed is @carlypildis, and her website is www.carlypildis.com.

How Israel Is Helping to Solve the Global Water Crisis
It Takes A Lot Of Faith To Be An Atheist
How Instagram Brought Back This Nostalgic Soup
What Makes Eli Run?
Comments
MOST POPULAR IN Israel
Our privacy policy