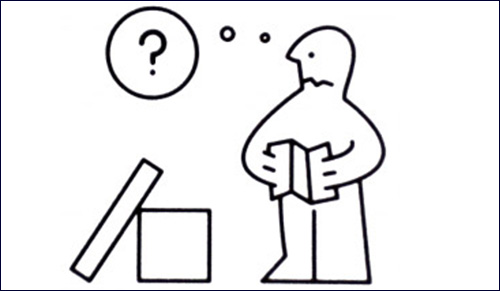 Why does my acquisition keep collapsing, and where’s the warranty?

The Swedish furniture maker IKEA made the headlines last week, even though it was an innocent bystander to the war of words between the Israeli Foreign Minister Avigdor Lieberman and his female Swedish counterpart. Reacting to Sweden's recognition of a Palestinian state on the West Bank, Lieberman caustically said that “the Middle East and the Palestinian – Israeli dispute is slightly more complicated than is assembling an IKEA furniture product.”

IKEA is the famous Swedish company that manufactures all types of furniture that the buyers must then assemble themselves using their own talents and time. IKEA has a number of large stores here in Israel and is a very popular product worldwide.

The Swedish Foreign Minister responded to Lieberman's thrust by stating that she would be happy to send Lieberman an IKEA product but that he has to realize that in order to assemble it, he definitely needs the willing cooperation of a partner and a manual to instruct them in its proper assembly.

As of this writing, there the matter apparently rests. However, if I were Lieberman, which thank God I am not, I would have a wistful but pointed rejoinder to this generous offer of the Foreign Minister of Sweden. I would tell her that I would gladly accept any type of IKEA solution and product here in our section of the world but I would appreciate it if she could also tell me who my willing cooperative partner will be to help me with the assembly, and if she could tell me if she also has a manual of instructions.

Even she admits that one cannot assemble an IKEA product alone and that there must be some reasonable explanation as to how to put the disparate parts together so that the finished product does not collapse. All our previous efforts to assemble such an IKEA-like solution with the Arab world have collapsed shortly after the assembly project was completed and celebrated.

IKEA provides a warranty with its products. All of the do-gooders who have Israel's true welfare at heart and are always trying to save us Israelis from ourselves with “tough love,” have never provided us with any warranty as to the product they wish us to assemble.

In fact, when push comes to shove, they are rarely heard from afterwards and usually just withdraw into their smug posture of fairytale unreality. It should be obvious to all by now that Abbas and the Palestinian Authority are not willing, cooperative partners in trying to achieve a just and lasting settlement of a century-old dispute.

The constant incitement, propaganda, spewed hatred and dire threats that emanate daily from the leaders and spokespersons of the Palestinian Authority hardly make them our partners in any sort of endeavor, let alone in arriving at a peaceful settlement, which will require concessions and compromise on all sides.

We have tried numerous times to assemble this IKEA-like solution by ourselves. Israel has withdrawn from territory, dismantled settlements, exiled thousands of its own citizens, released hundreds of murderers from prison (so that they can murder again) all in a vain attempt to arrive at a permanent settlement of our conflict with the Palestinians and the Arab world generally.

All of our efforts to assemble this solution have failed dismally and all previous agreements and unilateral concessions forced on Israel are tainted by the blood of thousands of victims of these failed policies and false assembly instructions. There is no unilateral way to assemble an IKEA product.

It would seem equally obvious that when IKEA issues a manual of instructions for assembly of its products and subsequently those products continually collapse, that IKEA would rethink its assembly process and provide a newer and much more accurate manual for its customers.

What is true for IKEA should also be true for the governments and diplomats of the world, especially Sweden. If the old manual is proven to be inaccurate and of little value, then perhaps our “tough love” friends should rethink the issues and come up with new and better suggestions and insights as to how this dispute can, if ever, be settled. And if they are unable to do so, then perhaps silence and patience should be the order of the day on their part.

Thomas Friedman, a columnist for the New York Times hardly known to be pro-Israel, recently wrote that he understands why it is perfectly logical and legitimate for Israel to maintain the current status quo in its dealings with the Palestinian Authority and the surrounding Arab world. He naturally bemoans the fact that this is the situation and wants Israel to come up with new creative thinking to break the logjam.

He apparently has no new creative thinking to bring to the table, since all of the previous solutions have proven to be broken shards. I wish IKEA all the success in the world and I hope that the Foreign Minister of Sweden would indeed provide us with a willing cooperative partner and an accurate manual of instructions that would ease the situation in which we find ourselves.

No Joy In Stockholm

The Message in Arafat's Headdress

Inside a Terrorist's Mind

The Settlements Myth
Should I Break Up, Get Engaged or Keep Dating?
Time Is Your Precious Commodity
A Constant World in Flux
Comments
MOST POPULAR IN Israel
Our privacy policy