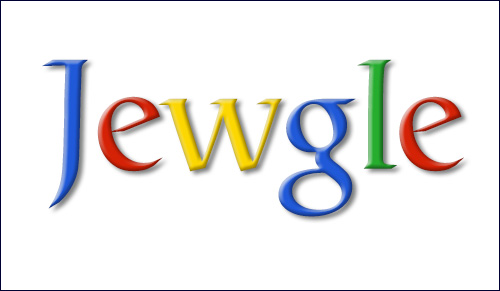 An anti-Israel group is advancing a conspiracy theory that Jews control the Internet. If true, the Internet would look something like this…

Two Dutch anti-racism groups have filed a criminal complaint against a pro-Palestinian organization that featured a conspiracy theory about Jewish control of the Internet on its website. The theory appeared in an article titled “The Jewish Hand Behind Internet, Google, Facebook, Wikipedia, Yahoo!, MySpace, eBay.”

Enjoy the parrot that sings, “If I Were a Rich Man” on JewTube.

The Center for Information and Documentation on Israel, or CIDI, called the text “offensive to Jews.” The article surveys what the text describes as “the Jewish penetration of the Internet” by describing alleged Jewish affiliations of each Internet giant mentioned in the title.

The Netherlands, like many European countries, has laws against disseminating material with intention of inciting hate or discrimination.

Naturally, we laugh at this absurd accusation. Of course the Jews don’t control the Internet. Everyone with any sense knows that the Internet has always been controlled by the Belgians.

Still, the complaint does raise an interesting point of speculation: What would the Internet be like if the Jews truly did control it? Perhaps something like this…

We’re all familiar with Google, an American multinational corporation specializing in Internet-related services and products such as search, cloud computing, software and online advertising technologies. Well, watch your back, Google, because you are ripe for a takeover by the rapidly growing and advancing Internet corporation, Jewgle. Any search you perform on Jewgle will automatically take you to businesses and other sites that are sympathetic to the plight of Israel. Its software includes the state-of-the-art Jewgle app, which allows you to laser-scan anyone to determine if they truly are one of the Chosen People, or are just saying so. And its online advertising for a two by six-inch display ad is only $400 – but for you, $325.

JewTube allows billions of people to discover, watch and share originally-created Jewish videos. Enjoy the parrot that sings, “If I Were a Rich Man,” a 27-hour documentary on the history of Israel, the popular video – Hypnotize Yourself Into Converting to Judaism,” Jewish cooking shows, a Jewish counterpart to “The Simpsons” called “The Shmuleowitzes, and Facebracha – a social media platform allowing you to Friend fellow Jews with bagels, cream cheese and lox. The channel’s most popular documentary shows the meeting where the Jews discovered that they actually own the Internet – and take a pledge never to reveal that to anyone.

For centuries, Jewish grandmothers have been lovingly squeezing the cheeks of their adored grandchildren and exclaiming, “Is this a face!?” At long last, there is a website devoted solely to this. IsThisAFacebook? contains gallery after gallery of photos, submitted by grandmothers, of their beloved grandchildren. There are contests and prize in several categories, including Cutest, Sweetest, Most Adorable, Looks Just Like Me, Little Angel, Little Devil, Most Talented, and Most Likely to Control Something When He/She Grows Up. Children featured on the site must be willing to sign legal releases to avoid future lawsuits.

Everyone knows about Amazon.com by now. Oh, sure, it’s popular and you can purchase pretty much anything there. But that’s its problem. It’s way too general. But that will all be old news once we Jews control the Internet. Amazon.com will become far more focused and specialized – so much so, in fact, that it will require a new name – Jewmazon.com. Jewmazon.com will be the only website in the world where you can purchase all things Jewish; not just books, movies and DVDs, but also clothing, cleaning supplies, food, and recreational equipment. Need a Jewish-themed trampoline? You’ll find one silk-screened with a Star of David design here. Kosher chocolate candies? Got ‘em! And when you open the box, it plays “Hava Nagila”! Sweet!

Jewkipedia is a collaboratively edited, multilingual (Hebrew, Yiddish and English), Internet encyclopedia. Subscriptions are $4.95 per month, but for Jews – free. Subscribers who convert to Judaism can switch to free access. Anyone can access the site, but only Jews can edit its articles. Jewkipedia is the largest and most popular Jewish reference work, if you don’t count my Aunt Rivka’s total knowledge of all things. The open nature of Jewkipedia has caused concerns about its writing, the amount of vandalism, and the accuracy of its information, but let’s see you try to do better. Its motto: “Don’t be shrewish or bluish – consult Jewkipedia for all things Jewish.” And, yes, that motto came from one of the contributors, who insisted on being acknowledged each time it is used. So, thank you, Hymie Plotnick.

Oh, sure, eBay is all well and good, but where can one go for Jewish products made and sold exclusively by Jews? Do you have to even ask? Now that Jews own, run and control the Internet – jewBay, of course! Looking for just the right dancing rabbis Hassidic sculpture? Naftule Brandwein’s King of the Klezmer Clarinet album? A “Don’t Worry – Be Jewish” t-shirt? Or the out-of-print “You Never Call, You Never Write: History of the Jewish Mother”? You’re not going to find them in K-Mart or Target. It’s jewBay, baby, for all your pressing and fressing Jewish needs.

When you think of online social networking and microblogging services that enable users to send and read text messages limited to 140 characters, you no doubt think of Twitter. Well, you can get that right out of your mind, because with Jews controlling the Internet, Twitter will be immediately replaced by Jewitter. And I know what your thinking – no Jew has ever been able to express his or her thoughts in 140 characters or less. Hey, we made it through Egypt, we established a homeland in Israel, we produced Larry David. Surely, we can learn brevity, the soul of wit. As proof, here is an example of Jewish Haiku of only 64 characters: “Beyond Valium, the peace of knowing one's child is an internist.” I think I’ve made my point.

Passover Aftermath
Scientific Curiosity and the Divine Encounter
Mind Over Milkshakes
Love the Convert
Comments
MOST POPULAR IN Jewlarious
Our privacy policy
Aish.com Is Looking for Great Writers