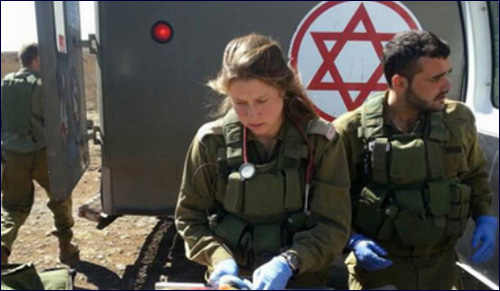 An inside look into the Israeli field hospital that is saving Syrian lives.

Regardless of the tense relations between Israel and Syria, who are still officially at war, IDF soldiers have continued to apply a core Jewish value: “Whoever saves one life, saves the entire world.”

On February 16, 2013, seven wounded civilians from Syria approached Israel’s border in urgent need of help. Colonel Tariff Bader, a Druze officer, heads an Israeli field hospital near the border. He began his IDF service in 1993, and after completing his medical studies, rose the IDF’s ranks to become a senior medical officer in the IDF’s Northern Command.

“They arrived on Shabbat and were treated by the same people who treat IDF soldiers in the Golan Heights,” Col. Bader explained. “The ethical code of the IDF Medical Corps clearly states that soldiers must assist anyone who is sick or wounded – whether they are associated with the enemy or not.”  The incident on the border began the IDF’s extraordinary mission to assist Syrian civilians in need. 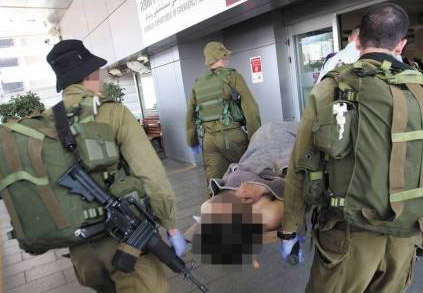 The victims of the civil war in Syria

Recently, the Israeli-Syrian border has become a focal point of tension due to the ongoing Syrian rebellion against the regime of President Bashar al-Assad. The main victims of this internal conflict are Syrian civilians. According to the United Nations, at least 100,000 Syrians have been killed in the fighting over the past three years.

“When we realized we would be receiving many patients, we decided to build a field hospital so that we could treat people with serious injuries who require immediate care,” Col. Bader said, explaining that the victims were so badly injured that they would not have survived the trip to a civilian hospital. 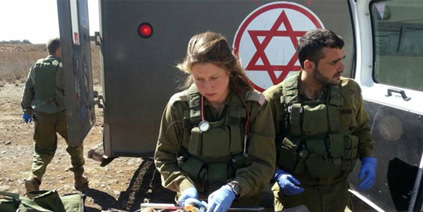 “There has not been a single case in which an injured Syrian was denied medical treatment by the IDF or by a civilian hospital,” said Col. Bader. “I’m sure of that.”

A daily challenge to save lives

The Israeli hospital facility, which continues to operate today, includes surgery, orthopedics and radiology divisions. On a regular basis, nurses and orderlies lend a hand to IDF doctors at the border. Cases that call for serious operations require cooperation between the IDF Medical Corps and Israeli civilian medical services.

The field hospital is located very close to the border, making it a potential target for Syrians looking to exploit the conflict to attack Israel.

In the past, mortar fire from Syria has wounded IDF soldiers in Israel. Despite the dangers of their work, soldiers risk their lives to treat Syrian victims. In many cases, medical forces must treat Syrian patients without any knowledge of their medical histories or health conditions. Despite the absence of cooperation between Israeli and Syrian medical services, some patients arrive with notes from Syrian doctors describing recommended care. These notes, written in Arabic or English, have become the only form of communication between doctors from the two countries.

While discussing the relationship between Israeli soldiers and Syrian victims, Col. Bader explained that their connection is quickly strengthening. “The Syrian people trust us now,” he said. “During the first month or so, they were a little hesitant to come to Israel. Today that is no longer the case.” 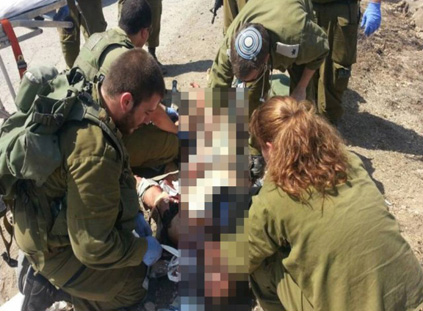 Once the patients return to Syria, any evidence of their presence in Israel can put their lives in grave danger. In order to keep the civilians safe, the IDF takes painstaking measures to remove any indication that they received care in Israel.

Soldiers who serve in the hospital are deeply committed to their humanitarian work. As an expression of respect for the hospital, people all over the world have sent gifts to members of the medical team. Soldiers have received everything from clothing, gift cards and radios from people abroad, who have also sent gifts intended for Syrian patients.

A large number of the patients suffer extreme trauma as a result of the conflict. After seeing death and destruction all around them, they carry difficult memories that are just as painful as their physical wounds. To ease the psychological trauma of children, clowns visit the hospital on a regular basis, giving the young patients a chance to smile and laugh.

“I myself am a father,” Col. Bader said. “The injuries of children leave the greatest impact on me. I remember a girl whose femur was completely shattered. Had our forces not been there to help her, she would have died or been disabled for the rest of her life. I am honored to do this work, both as a physician and a citizen of Israel. Some patients who arrived unconscious were shocked to find themselves in Israel when they woke up. Fortunately, other Syrians in the hospital helped us calm them down.”

This is not Col. Bader’s first time representing a major humanitarian effort as an IDF soldier. He was also a part of the IDF delegation to Haiti in 2010. Whenever he speaks publicly, he is clearly moved by his experiences. “I feel exactly the same about the lives we save on our own border,” he concluded. “It fills me with pride to accomplish this mission.”

This article was originally published January 28, 2014 at http://www.idfblog.com/2014/01/28/inside-look-israeli-hospital-saves-syrian-lives/

Israel Calls
For Every Individual, A Torah Scroll
Allegiance To The Monarch
Meet the Real You: Yom Kippur
Comments
MOST POPULAR IN Israel
Our privacy policy
Aish.com Is Looking for Great Writers