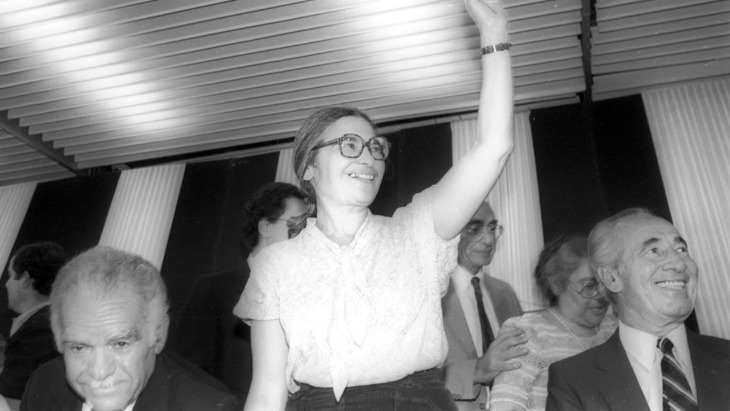 The diminutive giant defied the Soviet Union to move to Israel.

Forty-three years ago, during Sukkot, Ida Nudel – one of the world’s most famous Soviet refuseniks – landed in Israel, ready to start a new life after decades of waiting. “Every once in a while something happens which is unambiguously good,” said then-US Secretary of State George Shultz, who joined throngs of well-wishes at Israel’s Ben Gurion airport to greet Ida.

Ida Nudel was a household name in Jewish homes across the Soviet Union and around the world. When Jews petitioned for permission to emigrate from the Soviet Union, almost all were denied and most faced reprisals for daring to hope to leave the repressive USSR. Refuseniks lost everything: their careers, their friends. Without income many risked arrest for the crime of “parasitism”. Yet tens of thousands of brave refuseniks never backed down, demanding permission to leave the USSR and move to Israel. 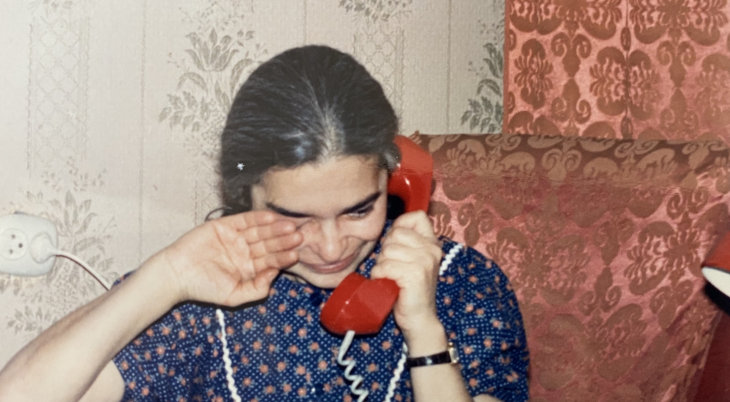 For many of these desperate refuseniks who longed to live and practice freely as Jews, Ida Nudel was a ray of hope.

Born in 1931 in Crimea, Ida trained as an economist and lived in Moscow. Her only relatives were her sister Elena, Elena’s husband and son. In 1967, as Ida and Elena heard the incredible news about the Six Day War, Ida and Elena thought that perhaps they too could move to the Jewish homeland and make their lives there.

A group of idealistic young Soviet Jews hatched a plan to hijack a small passenger airplane in Leningrad. The plan was to force the pilot to land the plane in Sweden, then later to fly on to Israel. But the group was arrested and tried in highly publicized show trials. If the Soviet Union’s intent was to frighten its Jewish citizens from hoping to escape, then the trails were a dismal failure. Thousands of Jews began applying for permission to emigrate to Israel. Among them were Ida Nudel and Elena and her family. Elena and her family were granted permission to leave in 1972, but Ida was refused a visa. She remained in Moscow where life became increasingly difficult. She lost her job and was harassed by the KGB. In 1974, Ida told the Jewish Telegraphic Agency that the KGB had threatened to throw her into prison on fabricated charges of alcoholism and prostitution. She joined other Soviet Jews in a hunger strike demanding their freedom to move to Israel, to no avail. An exit visa officially cost 900 rubles, Ida Nudel observed, “but no one has so far estimated the price that one has to pay in human suffering for the privilege of being about to obtain this tiny scrap of paper.”

Ida began gathering information about other refuseniks and documenting their cases. She corresponded with the Union of Council for Soviet Jews in the USA and other Jewish organizations in the West, passing along vital information about Jews trapped behind the Iron Curtain. She wrote copious letters to Soviet officials and agencies, demanding that she and other Jews be given permission to move to Israel. She was harassed and repeatedly arrested, but refused to back down.

In 1978, Ida hung a banner on the balcony of her apartment demanding, “KGB – GIVE ME MY EXIT VISA.” This was too great a provocation for the Soviet authorities. Instead of giving her a visa, the KGB arrested Ida for “hooliganism” and sentenced her to four years in prison in a Siberian gulag. 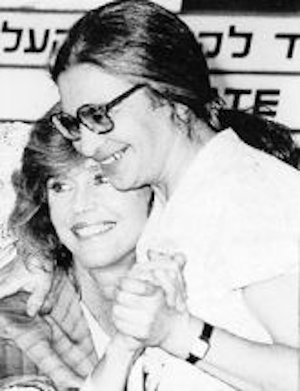 The conditions there were terrible. Ida was housed with hardened male criminals in a men’s section of the prison, and had to sleep with a kitchen knife under her pillow to defend herself. A tiny woman, she froze in Siberia’s terrible winters and lived in constant fear of the prison guards and her fellow prisoners. Her health suffered terribly, but Ida remained defiant. Over 10,000 people from around the world wrote letters to the USSR protesting her sentence.

Finally freed in 1982, Ida was forbidden from returning to Moscow and settled in Bender, Moldova, where she continued her letter writing activities. In 1987, just a few hours before Yom Kippur, Ida was summoned to Moscow and got the news she’d been waiting for: she had her exit visa. “I only feel happiness,” she told The New York Times soon after hearing the news; “I am unable to think right now.”

That night, Ida made her way to Moscow’s Central Synagogue where she prayed the Yom Kippur service with large crowds of well-wishers who’d came out to pray with the “Mother of Prisoners of Zion” one last time before she finally left for Israel. 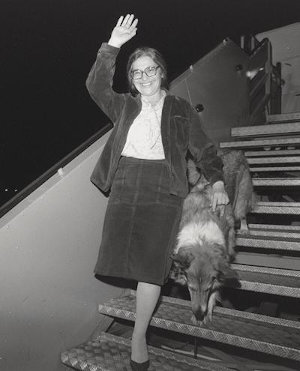 Ida Nudel arrives at Ben Gurion Airport near Tel Aviv in October 1987, 16 years after she began fighting to be allowed to leave the Soviet Union. Nudel died Tuesday at age 90.

Ida moved to Israel and settled in Rehovot, near her sister. She remained an outspoken political activist and continued to work to help Soviet Jews, founding the “Mother to Mother” organization which provided after school programs to the children of Soviet immigrants. Natan Sharansky, another refusenik who became a senior Israeli politician, wrote that Ida “did everything to build a bridge across the abyss, separating the Gulag from...freedom.”

Ida Nudel passed away on September 14, 2021 at the age of 90. Here are four lessons we can all learn from Ida.

Strive to be a Leader

In 1971, when she first petitioned the Soviet authorities to emigrate, Ida was a 40-year-old economist. She occupied no communal position; she wielded absolutely no influence. Like most Soviet Jews, she had very little Jewish education. What Ida did have was a burning desire to do what was right and live her life as a proud, free and independent Jew. She never set out to change the world, but her quiet determination to do what was right transformed her into a leader.

All Jews Are Responsible for One Another

The Talmud (Shavuot 39a) elucidates that all Jews are responsible for one another: we are all connected. What strengthens one Jew strengthens us all; whenever one Jew is harmed or weakened, we all are diminished.

Ida Nudel understood this key Jewish tenet clearly. It wasn’t enough that she herself applied for and eventually received an exit visa. She was determined to help her fellow Jews gain permission to move to Israel, too.

Drawing Strength from the Jewish Community

After sixteen years of waiting, Ida finally received her precious exit visa just hours before Yom Kippur in 1978. Instead of rushing home to pack and make arrangements, there was something even more important she wanted to do: She made her way to Moscow’s Central Synagogue to stand together with the Jewish community. Surrounded by large crowds of her fellow Jews who’d come out to join her, Ida spent her first evening knowing that she was a free woman at last.

Moving on From the Past

In Israel, Ida didn’t stop her political activities and work. She looked forward, not back, At the age of 56, in a new country, Ida never slowed down, founding Mother to Mother and continuing to act on behalf of Soviet Jews and for other political causes dear to her heart. She and her sister retained their passion, despite the toll the years had taken. “I am here, my dream fulfilled,” Ida declared.

Let’s honor Ida Nudel’s incredible legacy by emulating her bravery and passion for helping her fellow Jews, and for building an authentic Jewish life in the land of Israel.

When the Few Activated the Many

A Chanukah Carol
What Makes Eli Run?
The Tyranny of Materialism
Science Enters the Mysterious Inner World of Consciousness
Comments
MOST POPULAR IN Israel
Our privacy policy