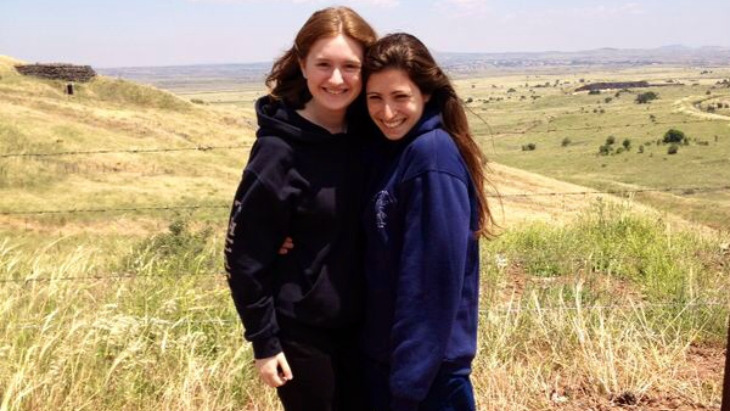 It wasn’t easy. But it was worth it.

Announcements blared over the loudspeakers; people pushed past us to get to their flights. I didn't notice. Despite the bustle and noise around us at JFK airport, I could only focus on my family. It was August 28th, 2012, and I was about to move to Israel. Alone.

Until that point, I had lived in a sheltered and comfortable Jewish community in Chicago. I was surrounded by people who looked and acted like me, people who spoke the same language and held similar beliefs. It was hard to imagine leaving my community, especially when moving away had never been on my mind.

All that changed when I heard about Naale, a program that provides Jewish teenagers a free high school education in Israel. Somehow, I felt that this was something I was meant to do, which was hard to explain to other people. “Why not wait until after high school?” some asked me, while others couldn’t understand the appeal of Israel in the first place.

My original reasoning was that I wanted to explore beyond my community’s bubble. I wanted to experience a new culture, to taste a life I’d never lived. I also figured that if I eventually made aliyah (immigrated to Israel), it would be easier if I had already acclimated to the country.

But standing at the airport looking at my family, these reasons felt hollow. Moving halfway across the world didn’t seem like a necessary step to experience something different or to prepare for maybe making aliyah. I could have just gone to summer camp in Israel instead.

My conflicted thoughts were interrupted when Naale’s representative told me it was time to leave. I hardly got the chance to hug my family one last time before I was ushered into a long line for security. I looked back at them, tears filling my eyes, but I had a flight to catch. I waved one last time and turned the corner. They were gone.

I was 15 years old and I was leaving my old life behind.

Becoming Israeli took a lot more work than I had originally expected. I stuck out in every way. I dressed like an American, had an American accent, and asked for things too politely. Learning to speak Hebrew caused me the most embarrassment. I always made mistakes, stumbling over my words. I ended the school days with a headache and kept wondering when I’d finally get it. I couldn’t imagine myself managing to have a full conversation in Hebrew without messing up. It seemed so impossibly distant.

I also had to learn independence. Maybe I shouldn’t admit this, but I’d never done my own laundry. Or washed the floors. Or anything much beyond clearing out the dishwasher and matching socks after the laundry was done. For the first time I was completely responsible for myself. I needed to make my own doctor’s appointment. I needed to call host families for Shabbat, week after week, looking for places to stay. 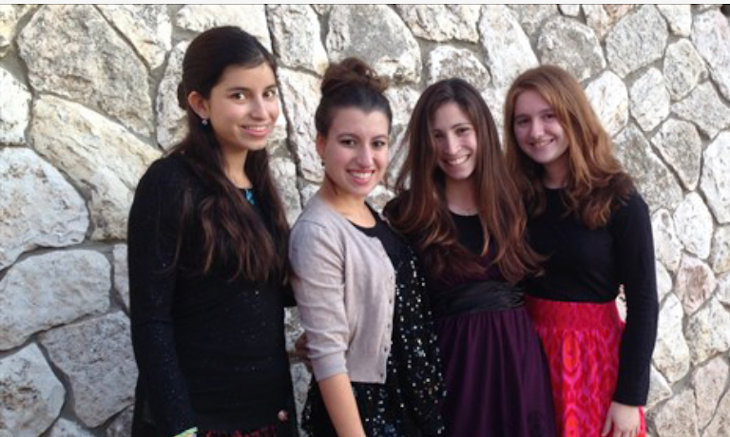 The hardest part for me was the distance from my family. I always knew what time it was in Chicago and waited until I could call them. I missed having the support system of people who put me first. As much as the staff at my high school was there for me, they couldn’t replace my parents.

Despite the challenges (or because of them), I was changing for the better. Naale constantly took us on new outings and hikes, exposing us to Israel’s beauty. I was hosted by Israeli families all over the country, where I learned about different cultural practices and tasted food I’d never even heard of, like jachnun and petitim and injera. I met people from all over the world, from South Africa and Holland and France and so much more. And I was learning that much of Israeli slang was just words in English pronounced with an Israeli accent.

My first year in Israel was an adventure. That’s how I held on when times were tough; I remembered how much more there was to do the next day. And I always told myself that if I wanted to, I could come back home. To Chicago.

It wasn’t until my second year in Israel that my resolve was truly tested. It was the very first day of 11th grade, and I’d just come back from an incredible summer in Chicago. While I was there, I didn’t have to worry where I’d spend Shabbat every week, or if I sounded stupid when I spoke. Returning to Israel no longer was a shiny new toy, with adventures to be had and experiences to gain. As I looked around at my dorm room, at the joint bathroom I shared with seven other girls, at the cafeteria food I hated, I ached for the life I used to have and wondered why I gave it up.

That was when I called my parents, sobbing. “I can’t do this,” I said, gasping for air through my tears. “I gave up my childhood. And for what? I don’t want to do this anymore. I want to come home.” My parents listened sympathetically, and after a long discussion, came up with a solution: I would stay in Israel through the holidays, until the end of Sukkot. If I still wanted to go back to Chicago, they’d buy me the next flight out.

I had to question my logic once again. Why did I really move to Israel? And beyond that, why should I stay? I was sure I’d be on the first flight back to Chicago after Sukkot was over. 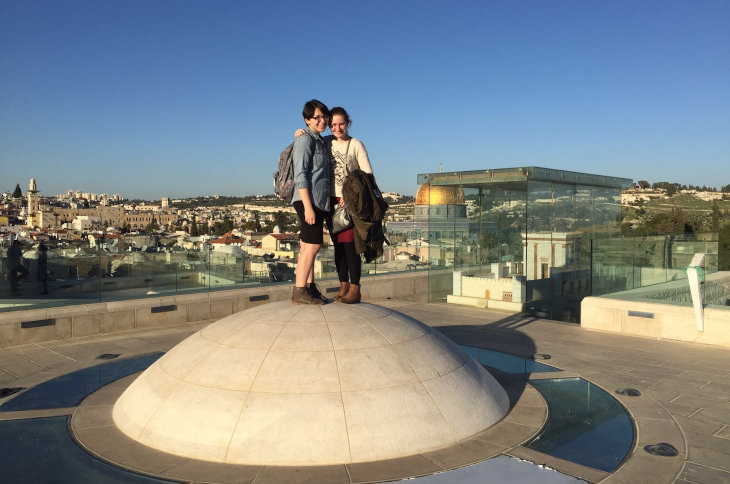 It was Rosh Hashanah that brought new understanding. I watched in awe as the entire country transformed. The stores all sold apples and honey, holiday cards, and honey cakes. The buses announced the New Year’s arrival on their screens. And everyone was preparing for the holiday. I had seen it the year before but was too overwhelmed then to properly appreciate it. But in that season, my second year in Israel, I felt a tremendous sense of peace. I suddenly knew that I was doing something right. I was used to living in a country where my religion was an afterthought during the Christmas season, if that. But in Israel, being Jewish was normal.

That was the year Israel was not just an adventure, but where I truly lived. Suddenly, the challenges that I had seen as unnecessary and painful were now helping me grow into the person I was supposed to be. The language I couldn’t understand was becoming accessible, my Hebrew and English vocabulary slowly merging into one. And the culture I’d found so confusing was becoming my own.

I could no longer say that when I went back to Chicago, I was going home.

I was already home.

Chaya Arbiv was born and raised in Chicago. As a teenager, she was on the editorial board of Yaldah magazine. She moved to Israel independently in high school and then served for two years in national service. She has since earned a degree in psychology and communications at Bar Ilan. Chaya now lives in Harish with her sabra husband, where they run a YouTube channel called "TheArbivs."

Transient Souls: The Aliyah Chronicles #3
How I Learned to Love the Multiverse
10 Big Jewish Inventions
A Journey through Jewish Sicily
Comments