I Didn’t Think My Mother would Die from Covid-19 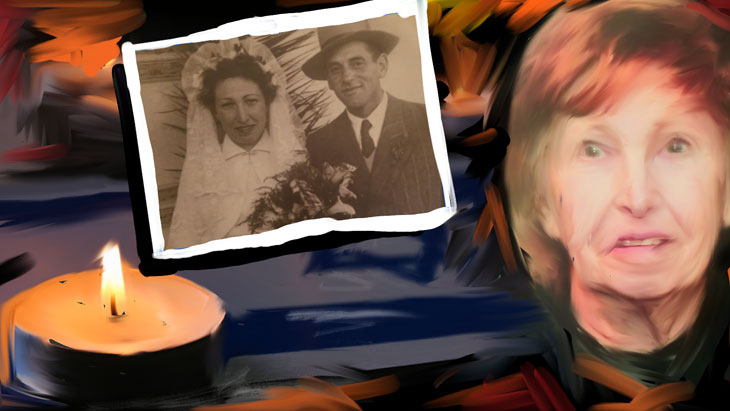 My mother passed away right before Passover. Twelve hours earlier, the idea of losing my mother was unthinkable.

Standing off to the side, I watched my husband, sons and nephews lower the pine box that contained my mother’s body into the ground. Without thinking, I said, “Only my mother would have a funeral on a Friday right before Passover! She was such an efficient and organized woman; she would have easily squeezed in a last-minute emergency on one of the busiest days of the Jewish calendar.”

Just twelve hours earlier, the idea of losing my mother was unthinkable. I was aware of my mother’s general medical condition. Covid-19 posed a significant risk to someone her age, but she had a fighting spirit. My mother had nerves of steel, never showing vulnerability or doubt. A fighter who never surrendered, my mother’s soft-spoken demeanor belied the warrior I knew she was.

I was sure she would rally and recover.

Because of my mother’s decreasing appetite, I brought her homemade soup. While feeding her, there was a certain look in my mother’s eye as she met mine. Her gaze felt as if it were something tangible, like a beam that allowed tender feelings to travel back and forth between us – tender feelings that were not often verbally communicated. Throughout her lifetime her love was immutable, but it was communicated through her behavior and actions.

When I took her to the emergency room my mother was in terrible pain and she asked me to help her get relief. I’d brought her to the hospital for emergency care before but this was the first time she ever asked me to do something for her. Her requests were followed by pleas, then demands. She reminded me I was her daughter, the only one who could help her. She had never called me to action in this way. I tried making her more comfortable but my efforts were inadequate.

It was one of the worst moments of my life.

Five hours later when my mother was admitted, a nurse chattered with her as she wheeled her gurney through the hallways. When the nurse mentioned the name of the hospital, I said, “Ima, this is the hospital where you gave birth to Harold, remember?” I did not foresee that her own life was about to end in the same place.

We all know no one lives forever, but I did not believe it was her time to die. When I sensed the angel of death hovering over my mother’s bed, I covered my face with my hands just like a small child does when she sees something frightening. I was still my mother’s child, after all. 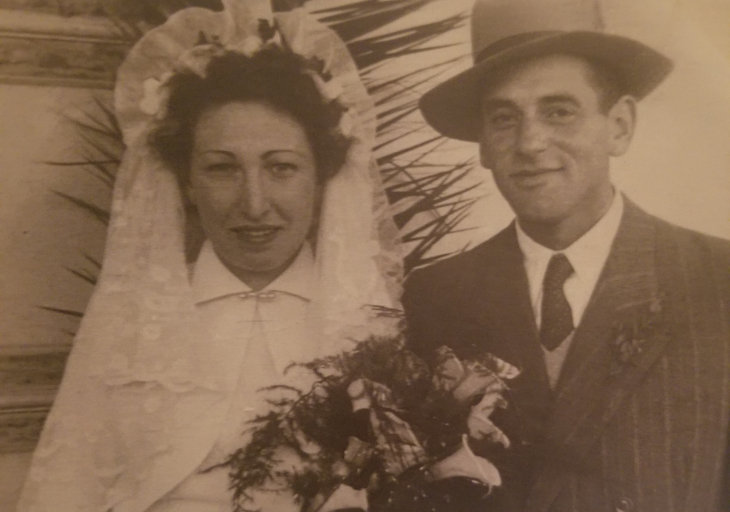 My parents at their wedding

Although my mother always displayed exceptional courage while facing adversity, there was one thing she dreaded – living alone. After my father moved into a nursing home, my mother built an apartment attached to my brother’s house. She loved being connected to them, figuratively and literally. She had the security of being part of a loving family while maintaining her independence. Family and independence were important values to her. Ten years later, she moved in with my husband and me, in a similar manner.

I often wondered about her unease with living alone since she always appeared to be an independent woman. I presumed her wish to live with family was rooted in the trauma she suffered as a child – she had been separated from her family after Kristallnacht under the most brutal and gruesome circumstances. Although she was placed in a children's home in Switzerland, a place of refuge, she described feeling adrift and alone while living there.

With each passing day, my mother’s condition deteriorated. She became uncommunicative. Pain was etched on her gaunt face. I asked her to squeeze my hand to let me know she could hear me. Disappointment settled over me when I didn’t feel the pressure of her hand against mine. Then something popped into my mind, “She looks like death.” That idea was unthinkable. I immediately extinguished it, just like I would have extinguished an errant ember flying towards me from a fire pit.

I called her doctor, who came to check on her. It was early evening and he said that he would return later. I stayed another hour before going home. It was the night of checking the home for chametz, and I needed to continue my preparations for Passover.

Ninety minutes later the hospital called to tell me that my mother had passed away.

Judaism instructs us that from the time of death until the time of burial, the deceased should not be left alone. I was relieved when the Chevrah Kadisha arranged for a shomer, a guard, to stay with her throughout the night; she would not be alone. One’s soul hovers over their body until they are laid to rest, so before her burial, my brothers and I went into the room, one by one, to say our goodbyes. I poured my heart out, saying what I wish I could have said to her while she was still alive. 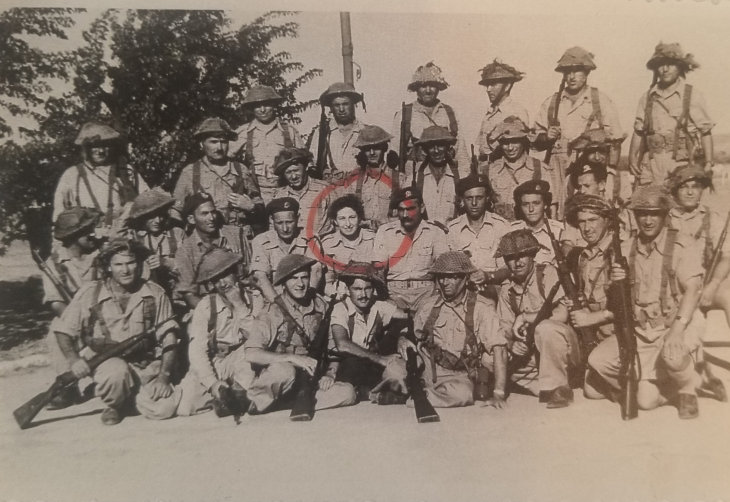 My mother as a sergeant In the Israeli army

As we waited for the funeral to begin, friends and family approached us offering their condolences. As I looked around, I noticed that my brothers and I were all in the same room. Who was with my mother? I raced back into her room and apologized to her. “Ima,” I said, “I’m here, I’m sorry, I won’t leave you again. I’m with you now. You’re not alone.”

They laid my mother to rest on that Friday before Passover. Despite the busyness of the day, many people found the time to pay their final respects to the woman who gave me life and fought valiantly to hold on to her own, until she could hold on no longer.

We are bereft, but she is not alone. She rests beside her husband, together with him in eternity.

A Bat Mitzvah to Remember

My Mother the Judge

The Key to Life
In the Shadow of David and Goliath
Where Do the Laws of Nature Come From?
Saadiah Gaon, Rashi and Maimonides: How Three Rabbis Revolutionized Judaism
Comments