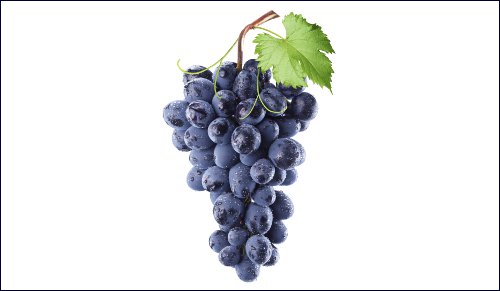 An excerpt from the just-published book, Wisdom for Living: Rabbi Noach Weinberg on the Parashah.

This week’s Torah portion tells the fateful story of the twelve spies who were sent to spy out the land of Israel.

“Shelach lecha anashim… Send forth, for yourself, men…” (Bamidbar 13:2). God is telling Moshe to send them out “for yourself” – not for Me. I’ve already told you that it is a good land; there is no need for spies. But if this is what you want, I will not stop you. I will not take away your independence. But be sure to choose “anashim” (which Rashi tells us means men of distinction, righteous leaders). It is a dangerous mission; be sure to send the best.

The Torah says, “Moshe sent them forth… by the mouth of God; they were all distinguished men; heads of the Children of Israel” (ibid 13:3). What does “by the mouth of God” mean? The Midrash (Bamidbar Rabbah 16:5) explains that Moshe did not rely on his own judgment in selecting them. He conferred with the Almighty on each one: “Is he up for the task? Is he the strongest leader of this tribe?” And God gave His stamp of approval for each man chosen, testifying that indeed, “kulam anashim – they are all distinguished men.” 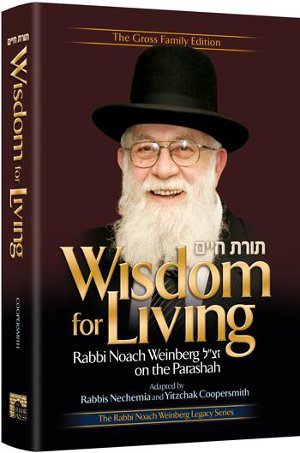 Moshe then sends twelve of the greatest men of the Jewish people to spy out the land. It’s a dream team! Yet for some reason Moshe is very concerned that something horrendous is going to happen.

Moshe’s fear compels him to change the name of his devoted student: "And Moshe called Hoshea the son of Nun, Yehoshua" (ibid 13:16), adding a yud to signify the prayer, “May God save you from the evil counsel of the spies.” He is actually worried that Yehoshua, the future leader of the Jewish people, the one who will lead them into the land of Canaan and wage fierce battles against the thirty-one kings, is going to be convinced to become a traitor. Why was Moshe so concerned?

Moshe was not alone in recognizing the insidious dangers of this mission. The Talmud (Sotah 34b) tells us that the only reason Calev ben Yefuneh was able to resist the temptation to join the other spies was that he went to the graves of the patriarchs in Chevron to pray that he be protected from their evil counsel. Why did a great tzaddik like Calev feel that he was in such great danger that he needed the Almighty to save him?

But perhaps the most mystifying aspect of this saga is how quickly this illustrious, handpicked group went from being righteous leaders to being disloyal, faithless liars who brought back an evil report that demoralized the entire nation. The passuk says, "They went and they came" (ibid 13:26). But the previous verse already says they returned, so how can the Torah say, "They went"? Rashi explains: "What is meant by 'They went'? To compare their going with their coming. Just as their return was with evil intent, so was their departure with evil intent." The ten spies were infected with evil intent the moment they left, long before they entered the land of Israel and began their mission.

What is happening here? Hashem Himself gives testimony that each of the spies is a righteous, distinguished leader. Yet as soon as they start on the road they already have the appalling intention of undermining Hashem’s plan, preventing their generation from entering the land of Israel and planting the seeds of all future calamities, culminating with the destruction of our two Temples on Tisha b'Av (Taanis 29a). One moment, the spies are tzaddikim, and the next moment, they are evil – with no time in between for anything to have caused them to fall so precipitously. What changed?

The only thing that changed was that now they are going to the Land of Israel with the responsibility of reporting back to the Jewish people. They are going to have to face a fearful nation that is eagerly awaiting their report. A moment before, they were tzaddikim, but now they have to stand up to their society and tell the people something they do not want to hear: "Friends, we have to fulfill our mission and invade the land of Canaan! The Almighty is with us, and there's nothing to fear!" Suddenly these courageous, righteous men are thrust into the difficult situation of confronting the people and giving them a report the majority are not interested in hearing. The people do not want reassurance – they want confirmation of their fears.

Right from the start, the pressure to bring back a negative report subtly affected the objectivity of ten out of the twelve spies and caused them to decide not to risk their popularity and stature by pushing an agenda that went against what the Jewish people desired.

We are all creatures of society. We crave approval and validation. We prefer not to take a stand that goes against the grain and makes us vulnerable to criticism or attack. When Yehoshua and Calev got up in front of the nation and told them, "You have nothing to fear. We can go up!" the people called them murderers and wanted to stone them. Who wants to be called a murderer? It is far easier to put on blinders and view the situation through subjective eyes that will appease the people.

Society is an incredibly powerful force. If the masses expect you to come back with a report that says they do not have to enter the Land of Israel, you come back with that report. That type of societal pressure creates a formidable undertow that constantly erodes our understanding of what is true and good. And it is very easy to get caught in this pull.

For example, we know that the crown of Torah is available to each and every Jew, regardless of his level of intelligence. As the Rambam authoritatively states, "Whoever wants it may come and take it” (Hilchos Talmud Torah 3:1). The Sages say, “One who says I searched and did not find, do not believe him… and one who says I searched and did find, believe him. This is referring to the area of understanding Torah” (Megillah 6b). We have a guarantee that anyone who sincerely puts in the effort to understand Torah will attain it.

No matter who you are, if you make the genuine effort to learn and know Torah, you can attain the crown of Torah. Hashem will help you; He makes that promise.

But deep down, do we believe it? Our society tells us that only the gifted individuals can become towering Torah scholars. For the rest of us, it’s just not realistic.

We think this way because our society conveys that message, drowning out the reality that is defined only by the Torah. We all get caught in the undertow and lose our bearings, which causes us to give up on the goal.

Realizing how dangerous societal pressure can be, Moshe prayed for Yehoshua. Calev recognized this danger as well, and so he prayed to God to give him the strength to resist the pressure and be able to stand before the people and tell them they are all wrong.

The Rambam says, "It is natural for a man's character and actions to be influenced by his friends and associates and for him to follow the local norms of behavior." (Hilchos Dei’os 6:1) This is a reality that every one of us must contend with. It is hard to hold onto your sanity and stand up to society. But the first step in winning this battle is to recognize how powerful the pull of society is. If you do not appreciate the need to struggle, there is no chance you can resist the undertow.

Then you have to work on attaining clarity, to know what is true and what is false as clearly as you know that you have five fingers. It would be exceedingly difficult for someone to convince you that you have six fingers. Reach that level of clarity with regard to your fundamental convictions, too.

And lastly, tap into the power of social pressure and channel it toward good. As the Rambam continues, "Therefore, one should associate with the righteous and be constantly in the company of the wise, so as to learn from their deeds. Conversely, one should keep away from the wicked who walk in darkness, so as not to learn from their deeds." It’s a crazy world out there. Surround yourself with role models and a community that embodies Torah values.

Click here to order your copy of Wisdom for Living: Rabbi Noach Weinberg on the Parashah, adapted by Rabbis Nechemia and Eric Coopersmith.

Abraham and Healthy Spirituality
Blessing on Chewing Gum
Was Rahab a Prostitute?
Extras In Our Own Epic
Comments
MOST POPULAR IN The Bible
Our privacy policy