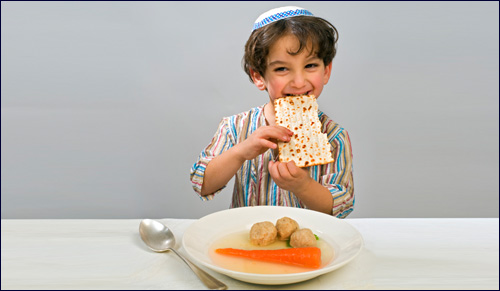 My love for Jewish holidays – as a third grader.

We’ve gone too long without a major Jewish holiday.

I loved the holidays as a young boy and I still love them now. As a kid, holidays meant days off from school. And that was happiness. Now, holidays mean days off of work. And that is almost as meaningful.

So with Purim and Pesach seeming painfully too far away, I thought I would share some memories with you of my love of all holidays – from the third grade:

In third grade I felt so close to God. I prayed every day for no school.

I Loved the Food

First and most importantly: brisket meant two days with no school

My mom would often complain about the two day holidays that Jews keep when they are outside of Israel. I always found that confusing. I thought she delighted in cooking the required 15 meals, for the seven of us, and the guests. She would call it slaving. Even so, she looked nothing like the Jews leaving Egypt.

Of course, my mom would never let the guests know of her eternal slavery. When the guests would ask my mom how she made the food, she would always tell them, ‘It was easy.’ Perhaps if she would have told somebody, they might have saved her.

I felt so close to God when I was in third grade, that I prayed every day for no school. I even began praying for brisket. That prayer went, ‘May my mom not be a slave, so she can cook.’

I wished the holidays would last all year. I wouldn’t have to go to school and my mom would be able to make a hot lunch every day. This way she could get used to cooking all the time, and not feel like she was slaving.

If there was one thing that had me questioning omnipotence, it was bagged lunches. If my mom would have made me hot lunches every day, I would have had unquestioning belief.

In Israel, the Holy Land, Jews only keep one day of each holiday. When I think back to third grade, not getting two days off from school would have shaken my faith.

Half Day of School is Still Religious

I would also get excited for minor holidays

Even when we did have school, holidays meant more art projects and other activities that the teachers somehow got away with calling “religious.”

Purim was a day of beauty. We would have a half day of school and that was the Purim carnival. I even volunteered (and enjoyed) the throw the sponge at David’s face booth. I was committed to the community and for the sake of fewer classes, I would sacrifice my body.

Even fast days were great, as we would get half day off of school. I became a devout youth and started praying for more tragedy.

Every holiday had a booth. A booth meant 45 minutes on something we weren’t getting graded on.

I was a big fan of the booths, though the Chanukah Menorahmobile, with the lit candles, always looked dangerous/like a fire hazard.

Factories are Better than Booths

Then there was the Chabad Matzah Factory, or as I called it, dream day. A multiple booth set-up, including a field trip. A whole half a day off from school, to have us flatten dough for Passover. Strangely, we could not eat this matzah on Passover because it was chametz. That was part of the education, letting us know that no matter how well we kept the commandments, it was not good enough.

I was happy with the sweatshop Matzah work. Many people look at sweatshop work as though it is negative but I learned that if it is for education, child sweatshops are fine. For example, the school also had us selling chocolate bars at a 600% profit, for which we received a rubber basketball if we sold $500 worth. The Matzah work didn’t pay, but it did give us 5 hours off of school. Who could have ever thought that 18 minutes could last so long?

This is an actual poem that I wrote in third grade. This may sum it all up:

Oh Shabbat
How I love you
Pesach, Sukkot
You are the joy of every Jew
Shavuot, Yom Kippur
I love you too
I love every day
When we don’t have school

Mrs. Funsten gave me a bad grade on this because ‘school’ loosely rhymes with ‘Jew.’ I had a diction problem and never was able to pronounce the ‘l.’ I think that was wrong of her.

Would I have traded my religion for a whole week of Sundays? Perhaps, but you have to live in reality. I never witnessed anybody who had a whole week of television. Heaven did not exist on earth.

Educational television gave me hope for a better world. ‘321 Contact’ was that little piece of heaven brought into school. Those genius 8-year-old detectives were as close to redeemers I have ever witnessed. I love you Bloodhound Gang. I have no idea how you made it to Ms. Funsten’s class, but thank you. You taught me that gangs are good.

Once school stopped, I came to a realization: I had no more reason to be Jewish. I could have as many vacation days as I wanted. Then I got a job. I was once again a believer. I got to take days off of work because of my religion…Then they started making me come in on Sundays, because of the holidays I took off. But at least I still got to eat Mom’s brisket.