How Can Judaism Command to Know God Exists? 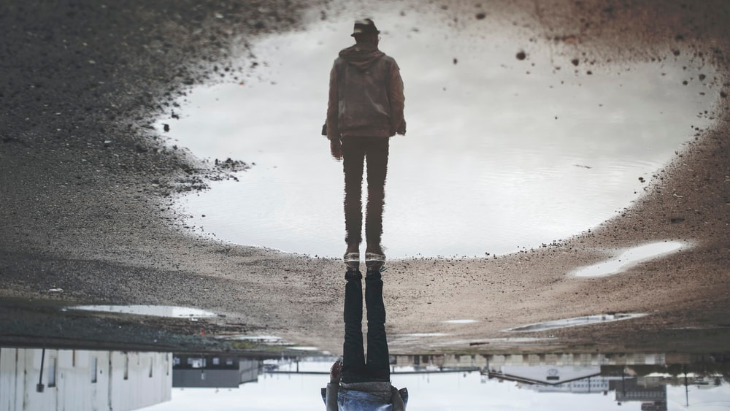 Either you believe in God, or you don’t. If you do, the commandment is redundant. If you don’t, it’s irrelevant.

And for those who don’t believe in God, the commandment is irrelevant. There can be no commandment without prior recognition of the Commander. It’s just a line written in an ancient book that has no bearing on my life.

So for whom is this commandment? It’s either redundant or irrelevant.

To answer this question, we need to first define two important terms: belief (in Hebrew emuna) and knowledge (in Hebrew da’at).

Interestingly, The Way of God, Rabbi Moshe Chaim Luzzato’s classic work on Jewish philosophy, starts: “Every Jew must believe and know that there exists a first Being, without beginning or end…” He uses both verbs – to believe and to know – indicating that they are two distinct entities. How do we define these terms and why does belief come before knowledge?

When I first came to Aish in Jerusalem a lifetime ago, I wasn’t observant. I was learning and about Judaism and exploring the various arguments given for God’s existence and the claim that God gave the Torah to the Jewish people at Mount Sinai. I didn’t want to make any changes in my lifestyle due to social pressure or for the emotional payoff of the experience. I was trying to be objective and make rational decisions.

At what point can I no longer ignore the Torah commandments just because I don’t feel like observing them?

After learning at Aish for a few months, Shabbat began to post a challenge for me. I needed to decide when I had to actually start observing Shabbat. At what point can I no longer ignore the Torah commandments just because I don’t feel like observing them? How much evidence do I need to have that all this Jewish stuff may in fact be true?

When making strictly rational decisions (which I realize is not often the case), when the scales tip in one way while weighing up the evidence, it’s more sensible to go where the evidence lies – even if the scales tip only at the 51% mark. At that point, I have barely enough compelling evidence to believe that this is true. Do I know it? Certainly not. I was unsure and had plenty of questions and doubts. But at some point it became irrational to ignore the evidence. I was on the hook. I entered the initial realm of belief based on a preponderance of evidence.

Once I believed in God, the commandment to know that God exists kicks in. I recognized that there’s a good chance He exists and gave the Torah. The Torah is telling me: don’t stop there. You have plenty of questions and doubts. Work on getting to the realm of knowledge by addressing your fundamental questions, and amass more compelling evidence that will propel you higher up the ladder of certainty, moving from the realm of belief to knowledge.

The first commandment is the demand to get clarity and discover the truth. Move from belief to knowledge.

According to this explanation, the commandment to know God exists is directed to one who has a tenuous belief in God based on a certain amount of evidence. The commandment is directing him to build a strong, rational foundation for his convictions. He shouldn’t run away from his questions nor simply assume God exists. The first commandment, the bedrock of Torah, is the demand to get clarity and discover the truth. Move from belief to knowledge.

The second explanation is based on a different definition of belief and knowledge. In the Torah, the Hebrew term for knowledge, da’at, is used to connote sexual intimacy. “Now the man knew his wife, Eve, and she conceived and bore Cain” (Genesis, 4:1). This is “knowing” in the biblical sense, carnal knowledge.

The deepest form of knowledge doesn’t reside only in the head; it needs to penetrate the heart.

Why should the word “to know” also mean intimacy? The connection reveals what it means to truly knowing something. The deepest form of knowledge doesn’t reside only in the head; it needs to penetrate the heart. Full knowledge is integrated wisdom; it’s being intimate with what you know.

To illustrate, imagine a smoker who visits a cancer ward. He already knows intellectually that smoking is dangerous and causes cancer. Hard to ignore those big black and white words emblazoned on the package: SMOKING KILLS. Yet something shifts, at least for a few moments, upon leaving the cancer ward where saw upfront the stark, horrific reality of dying from lung cancer. It will take at least five minutes before he lights up.

Intellectually, nothing changed. The smoker already had the facts about the dangers of smoking. But seeing the reality firsthand enables his intellectual understanding to penetrate his heart. That makes it real. Now he really knows that smoking kills.

The commandment to know God exists is the directive to integrate your belief, your intellectual understanding, and make it part of the very fiber of your being. Assimilate it, live with it. It’s very easy to ignore God if one only has an intellectual belief that He exists. We do it every day. The first commandment is giving us the enormous challenge to live with what you know to be true, to feel that God is an active, dynamic part of your life, right here with you. Without the emotional component, God is just an abstract, sterile concept that could have no impact on your life.

According to this explanation, belief is the intellectual realm. The mind comes first; it’s what tells us what is true. Then comes knowledge, da’at, bridging the gap between the mind and heart. Living with the reality of God’s existence and building a passionate relationship with Him is a constant challenge for every person who believes in God.

So, the first commandment applies to every Jew throughout the generations.

Was There a Hanukkah Miracle?

Unmasked: Purim and the Meaning of Anti-Semitism

A Genuine Article of Faith
G-d Time
Shavuot is The Holiday of Cheesecake and Blintzes
What Does Kosher Mean Literally?
Comments
MOST POPULAR IN Ideas
Our privacy policy