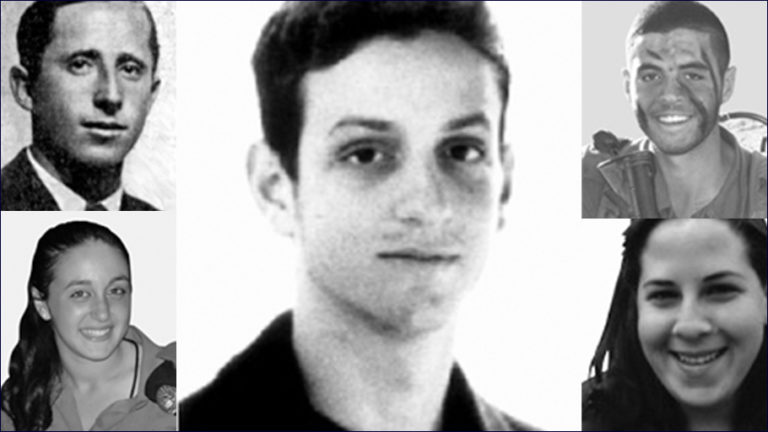 My act of kindness is the least I can do to say thank you.

Yesterday I read about your son Gilad. I read about his life, his personality, his hobbies, and his tragic untimely death. 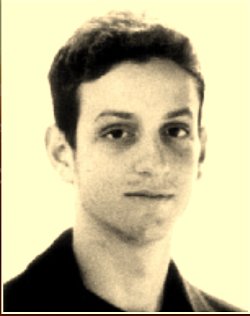 I read that your beautiful boy Gilad was born on May 13th, 1976 in Jerusalem. He was a playmate for big sister Sharon, and later, a big brother to Dan. He was a huge basketball fan, playing until 11th grade for the Hapoel Jerusalem Youth Division and how his school’s basketball team won the Jerusalem School Championship. He even aspired to become a professional basketball player.

I also discovered that he was a good and beloved friend. His friends describe him as an amazing conversationalist, a loyal friend, a source of support. I was so moved by the way your son Dan eloquently described Gilad: “First of all, you listened. Then you advised. Only later would you tell what you were going through. You, who were on the front line, fighting for your life and our lives, would first of all listen to my problems at school, to everyone's various love problems, and to a whole lot of other things that were small compared to what you went through. But you treated our problems with amazing importance. You were my ‘proportions’ man. Always when I was upset by something, or when I was crying from the losses of Hapoel Jerusalem in basketball, you would bring me back to earth and remind me of the really difficult problems. You always helped me solve problems after you said to me, 'First of all, take it in the right spirit and remember that it is fluid and solvable. Now I'll tell you what I think about the problem’.”

In November 1994, Gilad enlisted in the IDF and on the evening of February 4, 1997, a helicopter disaster occurred on its way to operational activity in Lebanon and 73 soldiers died. It should have been 74, but on a list of men drafted to go onto the helicopter, Gilad’s name appeared twice. They mistakenly believed that the helicopter was full when, in fact, there was one place left and the last soldier was sent back home. Even in his death, Gilad saved the life of another.

Yael and Yonatan, I did not personally know Gilad but after reading about him I now feel like I do. After reading about his life on HonorIsraelsFallen.com I wanted to do something to honor Gilad’s memory, something that would befit his character. I donated money to help Israeli schoolchildren in disadvantaged neighborhoods have access to more sports facilities and opportunities.

Yael and Yonatan, thank you. To you and the thousands of other families of fallen soldiers and security forces whose loved ones sacrificed their lives so that we can celebrate Israel, our home.

Gilad Mishayaker’s story is unique, and there are 23,631 other soldiers and Israeli citizens whose lives were cut short. The story of Yeruham Gingold who married his fiancé in March 1948, committing to her forever, only to be killed in battle four months later. The story of Daniel Kedmi, of Tzofim, who was killed in July 2014, age 18 during Tzuk Eitan, in an attempted infiltration into Israel on Monday via a cross-border tunnel from Gaza. And the story of Michal Zohar, 20, an aspiring dancer who was killed eight years ago in a terrorist attack. 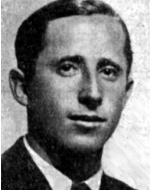 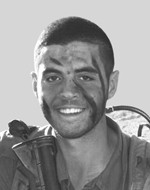 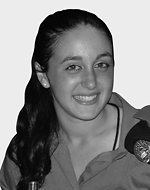 Tragically there are so many to remember and honor.

A dream that the Jewish people never lost hope to see fulfilled, the state of Israel was founded 70 short years ago. A proud, diverse country that was built on Jewish values, the only democracy in the Middle East, a place that today is home to over 6 million Jews and one that millions more consider to be their home in their hearts. It is a free country that is steeped with the history of our people, the epicenter of the Jewish people for over three thousand years. A country that I know and love and am eternally grateful for.

It is also a small country that has come at a high price. The price of life for 23,632 soldiers, security forces, and civilians. Every one of them has their unique story – a life, a family, ambitions, hopes and dreams. You may not know someone personally who lost their life defending and protecting the Jewish homeland but that should not lessen your desire to remember them and pay tribute to their sacrifice.

As we approach Yom Hazikaron and Israel’s 70th anniversary, I urge you to visit HonorIsraelsFallen.com, a campaign launched by Olami in partnership with the Afikim Foundation and the Ministry of Diaspora Affairs, to learn about Gilad and other brave heroes, and to honor their memory. Read about the lives behind the faces and then do something positive in their honor – a small act of kindness, learn some Torah, give some tzedaka. Do an act that shows that you appreciate their sacrifice. Let's stand together in solidarity and appreciation for those who sacrificed their lives so that we can celebrate our Jewish homeland, and with pride and gratitude mixed with tears of joy and sadness, declare “Am Yisrael Chai".

Join our campaign to Honor Israel's Fallen, as we celebrate 70 years of the State of Israel. www.honorisraelsfallen.com

In the Hands of the Enemy
Deep Breaths
What Happened to the Truth?
The Japanese Everything Bagel Spice Recipe
Comments
MOST POPULAR IN Israel
Our privacy policy