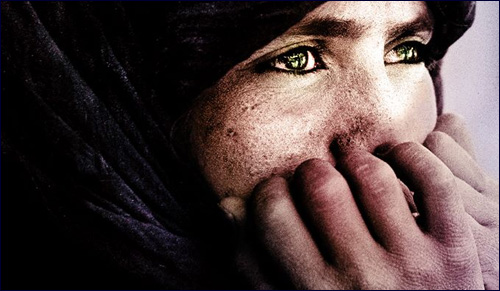 Breaking the silence on ‘honor violence’ against women and girls in Muslim societies.

The documentary Honor Diaries features nine courageous women’s rights advocates with connections to Muslim-majority societies who are engaged in dialogue about gender inequality.

These women, who have witnessed firsthand the hardships women endure, are profiled in their efforts to affect change, both in their communities and beyond.

The film gives a platform to exclusively female voices and seeks to expose the paralyzing political correctness that prevents many from identifying, understanding and addressing this international human rights disaster. Freedom of movement, the right to education, forced marriage, and female genital mutilation are some of the systematic abuses explored in depth.

Spurred by the Arab Spring, women who were once silent are starting to speak out about gender inequality and are bringing visibility to a long history of oppression. This project draws together leading women’s rights activists and provides a platform where their voices can be heard and serves as inspiration to motivate others to speak out.

More than a movie, Honor Diaries is a movement meant to inspire viewers to learn more about issues facing women in Muslim-majority societies, and to act for change.

In order to watch the entire film, visit this page which gives links to Netflix, Amazon, iTunes, and online rentals. You can also purchase the DVD on that site.

Below are powerful clips from the film.

Raquel is an activist, writer, and commentator on issues related to Islam, human rights, and international affairs.

Raquel’s primary focus is ending gender-based violence and advancing reform within the Muslim community through the empowerment of women and the separation of mosque and state.

Jasvinder Sanghera, CBE, a survivor of a forced marriage and a global activist, is an author and the Founder and Chief Executive of Karma Nirvana, a UK-based nationwide helpline supporting all those impacted by forced marriages and honor-based violence.

Nazie Eftekhari is a board member of the Iranian-American Political Action Committee and founder of The Araz Group, the first preferred provider organization in the U.S.

(Not) Dressed for the Prom

Divine Face
Can You Show Me This "God?"
How to Become Immortal
Judaism and Mental Health
Comments
MOST POPULAR IN Current Issues
Our privacy policy
Aish.com Is Looking for Great Writers