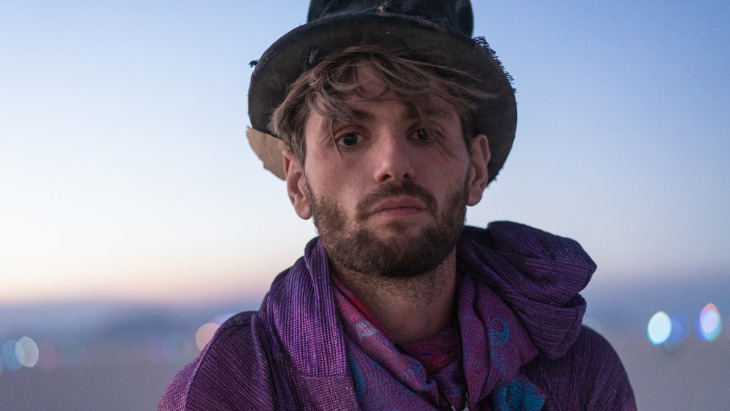 My attempt to counteract anti-Israel propaganda, one conversation at a time.

I’m a Hollywood insider, but I fly stealth under the radar. No bombastic banner-waving in the public square. No virtual meet-ups to coalesce an activist army. No leveraging my millions of social media followers.

One month ago, when Hamas shot 4,000 rockets at Israeli civilians, social media exploded with “Free Palestine” propaganda. Millions of lies and misleading posts railed against “the atrocities of Israel’s colonial Apartheid regime that commits genocide and ethnically cleanses the defenseless Palestinians in an open-air prison camp.”

With social media’s ability to confirm and exaggerate bias, Vox media termed this the “TikTok intifada.”

My colleagues are reposting information and infographics that tell only the Palestinian narrative – not because they're malicious, but because of groupthink facilitated by social media. It’s much easier to gain likes and shares by taking the side of Hamas.

Though Hamas has the stated goal of destroying the State of Israel, uninformed influencers (who probably can't point to Israel on a map) unknowingly perpetuate a narrative where genocidal Hamas is couched in the language of freedom fighting.

With a large following, it would be professional suicide to publicly push a pro-Israel line.

As someone in the entertainment industry with a large following, it would be professional suicide to publicly push a pro-Israel line. The cancel culture makes it nearly impossible to point out the distinction between Hamas shooting rockets at civilians, and Israel's self-defense, without people trying to silence you through online harassment.

Proof: Gal Gadot, Hollywood’s Wonder Woman, recently tweeted: “Israel deserves to live as a free and safe nation. Our neighbors deserve the same.” Yet this benign pro-peace, respect-both-sides sentiment was hit with a barrage of hate and condemnation. In 2019, when Demi Lovato posted about a “magical” trip to Israel, social justice warriors forced her to apologize: “I’m sorry if I’ve hurt or offended anyone.”

In such a toxic environment, there is no attempt to have a conversation. There is no way to win.

But if I couldn’t go public with my Zionism, I could at least engage in private conversations. So I began reaching out to colleagues – performers, directors, videographers, musicians and agents – to engage in one-on-one conversations, with the goal of getting them to think before posting inflammatory information about issues they don’t understand.

I have to walk on eggshells and not show bias toward either side. So I point out how innocent people are being killed in this conflict, and that we each have a responsibility to become educated before jumping onto a bandwagon.

“Spend time to understand the various perspectives before forming an opinion. Does Hamas share your progressive values? Who do you think is more aligned with your social agenda – Gaza City or Tel Aviv? You may be only getting one side of the story and may unknowingly be posting prejudice propaganda.”

It’s no secret that Hollywood is dominated by progressive values. The problem is “intersectionality,” where “Free Palestine” aligns with other popular progressive causes like LGBTQ and Black Lives Matter, all banding together in a mutual support pact.

Israel was previously a progressive cause and now pro-Hamas activists, with strategic savvy, have flipped the narrative. Today, you cannot be in lockstep with the progressive agenda while also being pro-Israel. You cannot be for one and not the other.

As proof: a recent LGBTQ event in Chicago where organizers kicked Jewish participants out for displaying pride flags containing the Star of David.

Racism in America has historically been white-on-black, and this narrative is being projected onto the Middle East. “Whitish people are hurting these brownish people,” goes progressive thinking, “so I have to pick the Brown people’s side. The White group cannot possibly be the victims of racism or any kind of oppression, because they're in a position of power.”

Since Jews in America are mostly European-Ashkenazi, most Americans view Israel through the lens of privilege or white supremacy. Pro-Palestinian activism is thus framed as a matter of “taking rich white men down a peg and, anyway, maybe the Jews deserve it.” As one progressive wryly noted, “when you’re a staggeringly powerful military where the bulk of casualties are on the other side, it’s hard to come across as the good guy.”

In reality, Israel is a multiracial society – Moroccans, Ethiopians, Egyptians – where a majority of the Jewish population is non-White.

Yet by association, American Jews are tied collectively to the actions of a foreign government. This is hypocrisy, as no progressive would tolerate saying, “I can’t support Chinese-Americans because of China’s treatment of the Uyghurs,” or “I can’t support Muslims because Saudi Arabia’s been bombing kids in Yemen.”

This knee-jerk posting for “Free Palestine,” does nothing to create peace. A snowball effect occurs where anti-Semites play on people’s ignorance to create more Jew-hatred in the world. On TikTok, a 97-year-old Holocaust survivor wished her followers “Shabbat Shalom” – and received a torrent of abuse from “pro-Palestinian” activists who left comments such as “happy Holocaust” and “peace be upon Hitler.” The idea that “Hitler was right” was tweeted tens of thousands of times – even “trending” on Twitter during the conflict.

One-on-one conversations were my humble attempt to defend against dangerous and malicious lies.

This spreading of anti-Semitic misinformation online results in real-world ugliness. This past month saw a 500% increase in anti-Semitic incidents, as caravans of cars with Palestinian flags roamed the streets of New York and LA, yelling “Death to Jews” and “Free Palestine,” while cursing, throwing bottles, burning Israeli flags and attacking Jews.

I was born in a place where Jews are persecuted and I've seen how ugly it can become. Though I live in the Diaspora, I know the State of Israel is crucial to the future of Jews everywhere. At the end of the day, the “Free Palestine” movement is a cover-up for eliminating Israel.

My one-on-one conversations were my humble attempt to defend our people against dangerous and malicious lies. There are many haters out there, and many “bots” doing the dirty work 24/7.

The Jewish people are small in number and our efforts might never turn the tide on social media. But if we all reach out to a few people in our circles, and articulate support for Israel in a way that gets even a hearing in the progressive camp, that is itself a success. It moves the needle a bit in the right direction and, equally important, strengthens our own pride in our Jewish heritage.

The Shooting of Gabrielle Giffords

Do You Pass the Israel Test?
It Takes A Lot Of Faith To Be An Atheist
How Instagram Brought Back This Nostalgic Soup
What Makes Eli Run?
Comments
MOST POPULAR IN Current Issues
Our privacy policy