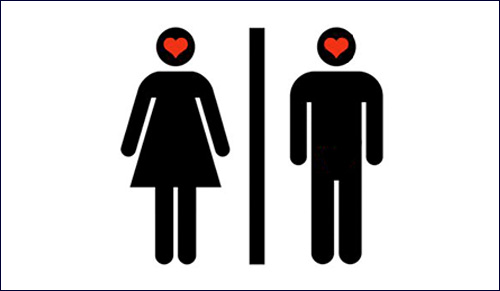 Are you ready for the challenge?

Relationships are one of the most complicated of human endeavors. Emotions, hormones, and social mores tend to be the prime influences on our behavior and often encourage us to live for the moment. As a result, many jump headfirst into physical involvement, overlooking the likely consequences down the line.

But when reason emerges above the din of hormones, very different choices could be made, leading to more successful outcomes. On the chance that you may be willing to consider this, I have a suggestion that I believe is eminently based in reason. I call it "holding off."

But before we go there, let's look at some of the very real downsides of physical involvement.

Physical involvement can blind us. From the moment we begin experiencing those warm feelings of physical closeness, the hormone oxytocin starts flowing, leaving us feeling bonded with and trusting of the other. In its wake, a rose-colored cloud descends, obscuring any negative view of our partner and creating a glow around anything even remotely positive. We lose our heads.

Many years ago, a young man came to talk to me. Sadly, he told me, "I think I've married the wrong woman."

"I always wanted a woman who's into spiritual growth, who's focused on becoming a better person," he said. "But my wife seems to spend most of her free time watching soap operas and reading People magazine."

"Well," I ventured, hoping to salvage this marriage, "when you were dating, did you see things that made you feel she was into spiritual growth?"

"My wife and I had intended to delay getting physically involved until we felt we really knew each other. Well, I guess we didn't have the conviction to follow through, because pretty quickly, we blew it."

He sighed deeply and said, "When I asked my wife to marry me, I don't think I had my head on straight."

It doesn't take sophisticated research to know that making poor choices in relationships is a widespread phenomenon. I routinely ask college students: "How many of you have ever been in, or witnessed, a relationship in which anyone on the sidelines would say, 'What in the world is she doing with him?' or 'What in the world is he doing with her?'" Each time, nearly every hand goes up.

When you refrain from getting physical, your clarity is more likely to remain intact, and you can more easily assess if someone is right for you – or not.

2. You wind up with a lot of unwanted memories and unbeneficial comparisons.

We are all products of everything we've ever seen and done. Every film, every experience – each can leave an indelible imprint. In the worst case scenario, the result can be trauma. More commonly, we may just end up with memories we'd prefer not to have and comparisons we'd rather not be able to make.

I read a book in which the authors, three women in their late '20s, discuss what it's like to have nearly endless choices of romantic partners coupled with the freedom to date any and all of them. One drawback they report is that it's difficult for a woman to be happy with Guy #23 when, despite all his merits, she's sharply aware that he's lacking X that Guy #15 had and Y that Guy #9 had. The result is a search for "Frankenman" – an artificial construct of all the positive traits of every man she's ever been with minus any of the negative. Needless to say, the unlikelihood of finding Frankenman will only leave her with the depressing feeling that, when and if she does finally marry, she's had to "settle." (See Lori Gottlieb's Marry Him: The Case for Settling for Mr. Good Enough, in which she documents her own struggle to overcome this mindset.)

When you don't accumulate a lot of memories and subsequent bases for comparison, it will be easier for you to be deeply happy when you do find Mr. or Ms. Right.

3. You miss the boat on true love.

Love is not just an indefinable feeling that appears overnight. It's based on deep knowledge of, respect for, and appreciation of another, which take time and energy to achieve. The problem is that once we get physical, it becomes very difficult to determine if what we're experiencing is true love for the other person – love for who he or she really is – or simply loving how he or she makes us feel, which is basically narcissism. Too often it's the latter.

Back in high school, my friend Heather was totally smitten with her boyfriend David. I observed how he would constantly compliment her and gaze at her appreciatively, and how she would bask in his attention. More significantly, Heather told me glowingly how attractive he made her feel when they got physical. (She never really told me much about David himself.) But when Heather wasn't prepared to get as physical as he wanted, he dumped her. Heather spent the whole day at home crying. Looking back, I wonder: Was she crying because Mr. "Wonderful" was no longer in her life? Or was she crying over the loss of a really wonderful feeling which David, it so happened, was able to produce?

When you don't give someone the opportunity to make you feel good physically, you are far more likely to really get to know him or her and see if he or she is genuinely deserving of your love.

A few years ago, I spoke to a group of young professionals from LA. I described the Jewish approach to dating, which includes no physical involvement whatsoever before marriage. (Unabashed plug: anyone of any religion can benefit greatly from this practice. Check out my new book, Hands Off! This May Be Love, aimed at a general, non-Jewish audience, at www.gilamanolson.com.) Knowing it was highly unlikely that these young, secular singles would agree to keep their hands off one another until the wedding, I concluded my talk with a challenge: In your next relationships, just try "holding off" – refrain from any physical contact for the entire first month of a relationship.

The faces of the participants displayed a combination of skepticism and intrigue – a kind of cynical "huh?" together with a thoughtful "hmm..." I was dying to know what they were thinking, but time was up and I had to go.

Months later, I met up with one of the program's organizers. "Whatever happened with that group?" I asked her. "Did any of them take me up on my challenge?"

She grinned. "Get this: After you left the room, everyone just kind of looked at each other. Then, at one guy's initiative, the majority of the men made a pact that they would 'hold off' in their next relationship. Most of the women decided to go along.

"Well, seven 'couples' came out of that program. You won't believe it, but all seven kept to the pact. What's more, after that first month was over and they saw what holding off had done for them, several couples chose to hold off for longer."

The last I heard, three of those couples are now married.

Holding off is a powerful practice. Are you ready for the challenge?

Click here to buy a copy of Hands Off! This May Be Love 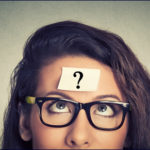 10 Questions to Ask Yourself after a Date3 min read 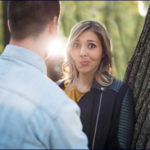 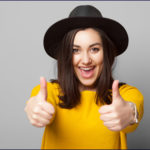 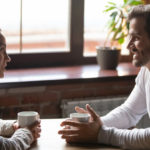 How Not to Bore Your Date4 min read 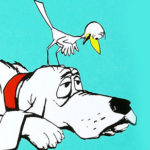 Dating Wisdom from “Are You My Mother?”8 min read