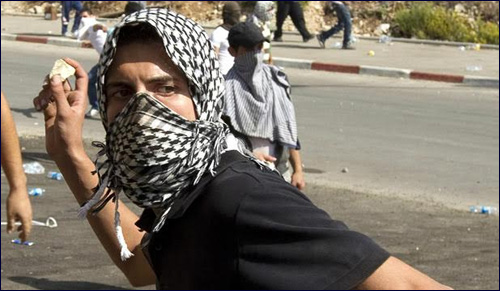 And other insights from The New York Times.

In 1939, with the Nuremberg Laws and Kristallnacht matters of public record, the Dachau and Buchenwald concentration camps in operation, and German Jews disenfranchised and dispossessed of their properties, The New York Times Magazine published a detailed piece about Adolf Hitler.

But rest assured, the newspaper dug deeper: "Hitler can be a good listener." "Hitler is able to talk well as host." "Hitler likes an after-breakfast stroll on his mountain." "Hitler frequently has tea up here." "The Fuehrer does not always take his meals in company." "He likes well-cooked dishes," he "makes no secret of being fond of chocolate," he "walks little, but vigorously," and he "is fond of his climb above the clouds." 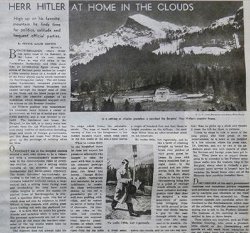 The article's focus on Hitler's "very green" grass, "friendly-looking" mountain home, and "excellent" tomatoes humanized the despot – which is exactly what Hitler's propagandists intended when they designed his homes and invited journalists to share his space, according an upcoming book by architectural historian Despina Stratigakos. The aim, the book explains, was "to foster the myth of the Führer as a morally upstanding and refined man."

The New York Times, then, did not only "bury" news of the Holocaust, as has been documented in recent years, but in this article was a willing, even if unknowing, participant in Hitler's propaganda.

This puff piece on Hitler evokes a much more recent New York Times article about Muqdad Salah, a Palestinian prisoner released by Israel as part of a deal meant to restart peace talks.

Salah is no Hitler. But the paper's empathic, back-to-nature descriptions of the two killers overlap strikingly.

Salah is no Hitler. He only murdered a single Jew, albeit an elderly Holocaust survivor, and albeit in a brutal manner – 72-year-old Israel Tenenbaum was napping when Salah bludgeoned him to death with a metal rod. And the newspaper's story on Saleh did mention his misdeeds, something its feature on Hitler's house largely avoided. But the paper's empathic, back-to-nature descriptions of the two killers overlap strikingly.

About the German, the newspaper noted that he "has a habit of climbing straight up behind the house … between fir trees with heavy branches" for a vista that allows him to "look over into what used to be Austria." About the Palestinian, current Jerusalem bureau chief Jodi Rudoren wrote, "Mr. Salah had run past the house to smell a favored carob tree, and then he climbed atop a sheep shed to survey the changed village."

Outside Hitler's house, crowds "are apt to congregate outside the lodge gate patiently waiting to catch a glimpse of him." Salah was described as being "welcomed before dawn by a cacophonous crowd." Hitler "decided to rebuild" his home in the mountains. Salah "remodeled and refurnished his mother's home." Hitler "likes an after-breakfast stroll on his mountain." Salah explains, "I want to breathe the air, I want to walk." (Alas, the Palestinian is described as being stymied by Israel's parole-like restrictions, just as the piece's less-flattering descriptions of Salah are often linked to his life having been "disrupted" by the Israelis who jailed him after the murder.)

Similar currents can be found in the newspapers treatment of other anti-Jewish violence. A recent piece in the New York Times Magazine was roundly criticized for romanticizing Palestinian stone-throwers. It painted a picture of heroic activists who do little but "irritate" the Israelis while overlooking the reality that stones kill Jewish civilians. (Even the piece's anti-Israel supporters delightfully agreed that the piece "featured heroic portraits" of the rioters.) A news article by Rudoren published a few months later likewise cast stone-throwing in a gentle light.

And the title of the story "Helping Hand of Hezbollah Emerging in South Lebanon," about a terrorist group that has carried out massive, bloody attacks targeting Jews across the world, speaks for itself.

Make no mistake: the contexts are dramatically different. No amount of contemporary terror can begin to approach the horror of the Nazi's systematic genocide. But some of the lessons are the same.

About articles on Hitler's home life, which appeared not only in The New York Times but also other mainstream media, Despina Stratigakos, the historian and author, emphasized that "stories considered 'harmless fluff' can serve as powerful propaganda." And speaking about Hitler, though she could have been referring to The Times and its treatment of the murderer Salah, she added that "we can be lulled into changing our ideas of someone through a slick presentation of their private lives."

Americans reading about the bucolic Hitler might conclude that "maybe this person was not as bad as all of the news coming out of Europe seemed to suggest," Stratigakos said. It would quickly emerge that those swayed by the pieces were wrong. And in present just as in the past, the public attitudes of American citizens, shaped by their media, matter. The whitewashing of anti-Jewish extremism and downplaying of dangerous attitudes has consequences for public understanding of the Middle East, and perhaps also for the security of Jews.

Gilead Ini is a senior research analyst at the Committee for Accuracy in Middle East Reporting in America.

On Journalists, Political conflict and NGOs

Anti-Semitism Gets you Fired by Labour, but Hired by NYT