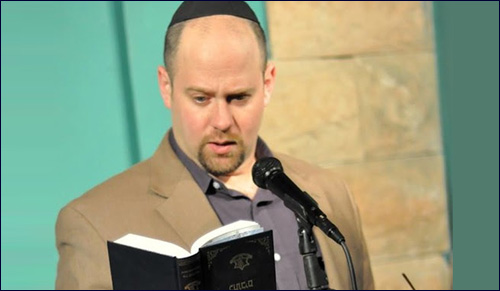 Being a standup comedian in Jerusalem is no laughing matter.

I am just as confused as you. I am trying to do what I am meant to do on this earth. The problem is, the mission is not always clear. I know that it is important to be a good person, treat people well, and to follow what God wants of us. I have a guidline to follow for what decisions I should be making for each circumstance – the Torah. But it gets complicated when I am trying to figure out my place in this world.

My goal as a comedian is to help better the world. That sounds good. I try to bring issues to the forefront, so we can deal with them. And there is no greater catalyst for connection on truthful and emotional matters than laughter. Stand-up comedy is a great vehicle for this expression and Israel makes this reality more magnified for me. Wow, that sounded really self-righteous. Hopefully, the rest of this article is not as pretentious.

I love the language of comedy, and I felt like the only way to not consider myself a heretic was to do it in the Holy City. So I moved to Israel and worked towards opening Jerusalem's comedy club, the Off The Wall Comedy Basement, thinking I was doing something positive.

As a Jew, Jerusalem is supposed to be a natural place to fulfill my mission. I do not know if that is true. However, I do know that I have to be here. I believe it was the great scholar Maimonidies who equated living in Jerusalem to living in the Kings Palace. In every palace, there’s always a jester. Why not me?

Maimonidies equated living in Jerusalem to living in the Kings Palace and every palace has its jester.

Don’t get me wrong, I love America. I loved living there. But living here – it’s my purpose. In America, I was a Jew who stood out. In Jerusalem and Israel, I am a person. As a Jew, I worked as a rabbi. As a person, I work as a comedian.

On a non-religious level, I also love Israel. I can breathe better here. Oops, that also sounded pretentious.

The character of Jerusalem is one of honesty. It is one of people who are constantly hit with the question, 'Am I a good person?' That makes for a lot of tension. It also makes for zealousness and a lot of people beeping at traffic lights when the light is red.

You may not know this, but some of the kindest people live in Jerusalem and it is a regular modern city. You don’t see that as a tourist, when the cab driver is screaming at you, for driving you back from the souk, which you were told is 2,000 years old. The only thing that is 2000 years old about that souk is the screaming. I am confident the vendors were doing that back then too.

And when you come to a little comedy show about life in Israel, you may just start to understand the city a little better. You will also help support me. Hey, comedy is about honesty and you‘ll get that here. In Israel and at my comedy club.

A culture without expression of humor is not colorful. It is closed to truth and that can become dangerous. Religious people cannot be afraid of truth. Truth is what we call the Torah. Truth is what we strive for. Jokes are based on the hidden truth. The truth that is not said.

I heard from a musician that a specific modern instrument never took off, because there was nobody who took it seriously enough, to master it. No point in sharing that instrument's name, because you wouldn't know it.

A true comedian analyzes society. Takes it seriously enough to see its positives and brings out its faults. It can be a major catalyst in improving society. In a city full of people who have the goal of making the world a better place, people who believe we have to first improve ourselves and our communities, we need comedy!

I don’t want to get caught up in the “impurities” of show business. However, comedy makes me feel whole, pure and connected to a Truth that connects all human beings. As a religious person, perhaps I should add in God – well I just did. But I left that out of the first sentence, because atheists and agnostics are people too. Maybe. I am not God, so really I cannot say.

So if you’re ever in Jerusalem and want to laugh, come pay me a visit me at my comedy club. But don’t be surprised if you get a healthy dose of truth to go along with those laughs. After all, I’m a Jerusalemite and a comedian. I won’t be able to help myself.

Bit-Playing the Field
The 21st President of the United States: Failure or Inspiration?
Hiding Their Jewishness
The Jewish Pope: Following the Questions Home
Comments