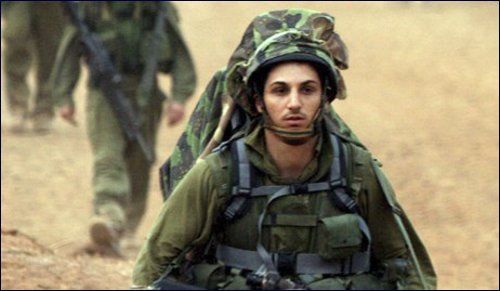 Don’t set a double standard for Israel on norms of war.

The pictures of destruction and mourning in Gaza that have filled media around the world for the past several weeks have been very painful and sad to view. One would be hard-pressed to find an Israeli who does not sympathize with the suffering of Gaza’s victims.

Yet there are also few Israelis who feel we are responsible for this suffering. For us, the tragedy of Gaza is inseparable from the tragedy of the entire Middle East. Over the past three years, in countries around our tiny state, more than a quarter of a million people have been killed in the most horrific ways. This wave of terror recognizes no official borders. The only border at which the savagery stops is Israel’s.

Hamas and Hezbollah are doing their best to change this. So what protects us? The United Nations or human rights groups? No. Only the military power of the Israel Defense Forces. In response to our enemies’ relentless campaigns, the army is constantly developing new ways to defend us. One new weapon, Iron Dome, has in the past few weeks protected civilians from almost 3,000 missiles.

But while Israelis have developed missile shields to protect children, Hamas has been using children as shields to protect missiles. This perverse strategy is the brainchild of a society that hails death. For Hamas, using living shields serves the double function of increasing the number of martyrs and galvanizing a free world that values life to pressure Israel to stop fighting.

The sad irony, then, is that while the world can do so little to stop the terror in Syria or Sudan, it can do a lot to press Israel to stop defending itself. We ask ourselves, is this hypocrisy? Is this a betrayal by the free world whose values we are defending? And in response, Israel hears from the international community, “Of course you are judged differently. You insist that you are part of the free world, so we hold you to a higher standard than neighboring countries, where wanton destruction of human life is the norm.”

I strongly agree with this argument.

Israel, like any other free country, should be held to a higher moral standard than its unfree neighbors. As the war against terror becomes increasingly global, it is imperative that all free countries develop and uphold common norms in our military conduct against armies of terror. Israel, with its decades-long experience, can contribute much to this effort.

For example, 12 years ago, during the Second Intifada, I was a member of the Israeli security cabinet when the army first decided to use aviation to target terrorist leaders. In nearly every cabinet meeting, Israel’s attorney general insisted that our targets must be chosen not on the basis of crimes already committed, but solely in light of proof that they were planning new terrorist acts. In other words, no matter how much death and destruction someone had caused, a targeted killing could be justified only by documented intentions to carry out another attack. A serious case had to be prepared for each assassination attempt, and therefore the number of such operations could be counted on one hand. Now that targeted killings are practically the norm – when the United States uses drones for this purpose all over the world – I would hope others are as scrupulous as Israel has been.

Around the same time, we in the cabinet also discussed the importance of using weapons that minimize civilian deaths, even if this meant decreasing an operation’s chance of success. Many operations were modified or canceled because of this. Today, Israel goes even further. Before the IDF bombs an area in Gaza, residents are alerted by radio, e-mail, phone and text message telling them to leave. The Israeli army also uses small warning missiles to let civilians – that a real missile will soon be fired. Do other free countries go to similar lengths?

Let me be clear. I believe that it was the free world’s obligation to fight against the Milosevic regime, which carried out ethnic cleansing in the heart of Europe. I believe it is the obligation of the United States and free countries to lead an uncompromising struggle against terrorist organizations such as al-Qaeda and the Islamic State. But the obligation of the IDF to protect Israeli citizens from thousands of missiles and from underground terrorist infiltrations is just as sacred. In view of the developing global war between the free world and terror, it is time that leading military experts from Israel, the United States, Britain and other countries, along with international lawyers and politicians, compare their experiences and agree about the standards according to which the free world can defend itself.

But once these standards are accepted, they should be applied to every free country. Otherwise, stop calling it a higher standard and call it by its real name: a double standard.

10 Reasons Why Abbas is an Anti Semite

Is Israel a Jewish State?

President Bush's Speech
The Promise Of The Land
Which Chat Are You On?: Parshas Behar/Lag Ba’Omer
Do You Like Slow-Cooked Food? Thank the Jews
Comments
MOST POPULAR IN Middle East
Our privacy policy