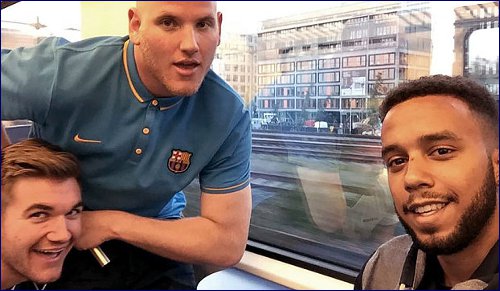 This Elul, seize the moment.

Spencer Stone, Alek Skarlatos and Anthony Sadler, friends since middle school, were planning the vacation of their young lives. "I'm going to Europe!!! Like wow" Sadler, a 23 college student wrote on Twitter three months ago.

The three young men's plans were abruptly derailed on Friday, August 21, 2015 when they decided at the last minute to take a train from Amsterdam to Paris. The high-speed train presented a perfect target to terrorists: packed with over 500 passengers, luggage was not screened with x-ray equipment the way it is in some other trains and in airports. Both France and Belgium which the train passed through were on high alert after a series of high profile attacks, including the murder of four people in a Jewish Museum in Brussels on May 24, 2014, and the killing of 4 people in a kosher grocery store in Paris on January 9, 2015.

Less than an hour outside Paris, passengers on the Amsterdam/Paris train heard a gunshot. Ayoub El Zahzani, a 26 year old Moroccan with links to Syrian terrorists, was walking down the aisle of the train, armed with an AK47, a Luger Pistol, a combat knife, and nine cartridges of ammunition.

Alek Skarlatos, a 22 year old Specialist in the Oregon National Guard, turned to his friend and fellow service member Spencer Stone, 23, an Airman First Class and trained medical technician. "Let's go, go!" he shouted. Stone jumped out of his seat and ran for the terrorist, followed closely by Skarlatos. Anthony Sadler recalled afterwards "he (Alek) got up, Spencer got up, so I got up.... We did whatever we could to beat (the terrorist) up."

One more hero joined the fray: Chris Norman, a British businessman who later described himself as the fourth man on the scene in subduing the heavily armed man. "My first reaction was to sit down and hide," he explained, but then got up and ran to fight. He realized "perhaps it was really the only chance to act as a team and take over the terrorist. I thought I'm probably going to die anyway, so let's go. Once you start moving, you're not afraid anymore."

The men's valor didn't end there. After subduing Kahzani, Spencer Stone ran to the aid of a passenger who was shot, despite being wounded himself. Local officials in the French town of Arras, near where the attack took place, awarded the men medals, and French President Francois Hollande has praised them as "heroes." Calls on Twitter have suggested they be awarded the French Legion of Honor. 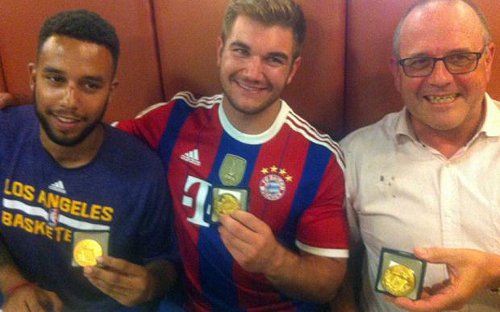 From left: Anthony Sadler, Alek Skarlatos and British national Chris Norman hold their medals as they sit in a restaurant after a brief ceremony in the town of Arras, northern France

The story of these four heroes has riveted the world. It's so hard to imagine being in their place and having the presence of mind to seize the moment and possess the bravery to stand up and fight and take necessary action.

The Paris train attack took place during the Hebrew month of Elul, the month of introspection that precedes Rosh Hashanah, and a time for examining our own actions, our own abilities to rise to the occasions we face in our life. During Elul, we are charged with asking ourselves: are we doing all that we can? Are we giving our utmost? Are we seizing the moment to take necessary action?

We are all passengers on the high-speed train of life. Each of us has the potential to be a hero, to rise to the challenge to fulfill our unique purpose that only we can accomplish. Elul is the time to evaluate what we are doing with our life, to seize our unique moment and take action that can propel us to greatness.

The incredible valor displayed by four heroes on the Paris train can be a reminder for all of us to seize the moments to make a difference. To be a hero in our own lives.