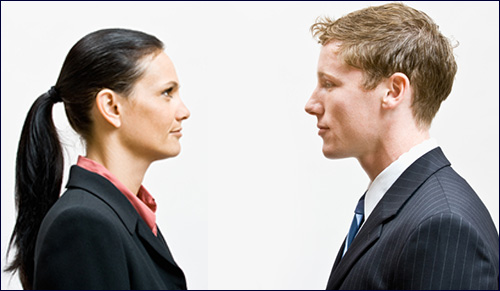 On Shavuot we read about the kindness, dedication and loyalty of Ruth. We don’t say as much about her mother-in-law Naomi (mothers-in-law always get a bad rap!) who inspired those qualities in her daughter-in-law. Naomi must have been a very special person. Yet she seems to have made one serious mistake.

All her troubles began when a famine struck the land of Israel. Her husband, Elimelech, was very wealthy. But he couldn’t/didn’t want to deal with all the needs of the community, with all the hungry Jews at his door clamoring for help. Whether he was just selfish or he couldn’t bear the pain, the story doesn’t tell us. But either way, he turned his back on his community, packed up his bags and moved with his wife and sons to Moav (the country that embodied selfishness in their unwillingness to give the Jews water when they passed through as they left the slavery of Egypt).

What does this have to do with Naomi? She was just being a good wife and listening to her husband. Or was she? When the Almighty created Adam, He said “I will make him an ezer k’negdo, a helpmate opposite him.” Everyone comments on this unusual phrase. The classic explanation is that when our husbands are focused and doing what’s right, we are right at their sides helping bring our shared vision into reality. But if they are making a mistake, if they are losing their balance, if their focus is off, then our job is to be “opposite him” and to point out the mistake.

Naomi should have discouraged Elimelech from leaving. She should have refused to go. She should have made a compelling argument for staying, for standing with the Jewish people for good and for bad. Perhaps she did. If so, it was ineffective. And that is also a mistake.

Sometimes (and it’s hopefully not too often) even when we recognize that it’s our job to help our husband introspect, we go about in the wrong way. We nag, we pester and we nag again. Once in a while our husbands are so beaten down that they respond to our nagging and so we delude ourselves into thinking it is an effective tool.

The wise woman, on the other hand, strategizes. How can I gently nudge him to a different viewpoint? How can I subtly help him see another perspective? We have the ability to do this. It is one of our gifts. Sometimes we neglect it because it’s more effort. When the judge Deborah wanted her husband to get involved in learning, she didn’t nag him until he gave in just to make her stop. Instead she made wicks for him to sell in the study hall and eventually the atmosphere of study seduced him.

The demand for wicks today is marginal but the strategy still works. We need to be clever. We need to be resourceful. “I’m throwing a party tonight for our neighbors so we can all get to know each other better.” (Once they are real people to him and not nameless needy beings, his attitude may change). We need to use praise. “I’m so proud to be married to such a giving man.” We need to figure out what works (“I love you dear and I don’t need furs and fancy cars to prove it”).

Shopping with My Daughter

Marriage & Me
The Softball Player
How This 6 Generation Bread Baker Brought Back Israel’s Ancient Grains
Olivia Newton John’s Grandfather was a Nobel-Prize Winning Jewish Physicist
Comments
MOST POPULAR IN Family
Our privacy policy
Aish.com Is Looking for Great Writers