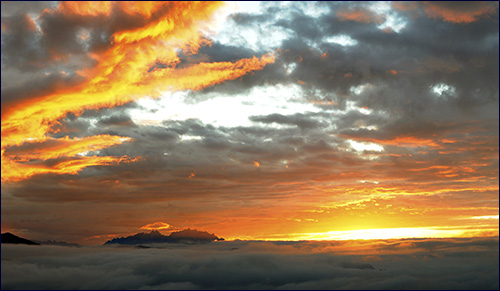 Yes, the world is dark but we have the power to light it up.

I wish I didn’t read the news anymore (but those marketing executives do their job and the headlines are so seductive!). It’s so dreary and depressing. This morning I made the mistake of glancing at a headline in my inbox first thing in the morning: “E.U. court removes Hamas from list of terrorist organizations”. I thought I had already seen it all. It seems the world can go even lower. And the temptation is to despair. Things certainly look bleak.

It seems superfluous to mention all the examples – from the Har Nof massacre to a Russia that’s invading the Ukraine to Taliban terror to mistaken admissions letters from Johns Hopkins (okay that’s not on the same level but it’s not pretty if it’s your child!)…no one publishes “feel good” stories and after perusing the top items I certainly don’t feel energized and optimistic.

But then I remind myself that it’s Hanukkah and that this is not the first time in history that things have looked bleak for the Jewish people. The odds were certainly against the Maccabbees – in every respect – even many of their fellow Jews were abandoning them for the lure of Greek culture. Pigs were sacrificed on the altar of the Holy Temple. If ever there was a time to despair, Hanukkah certainly was it.

After the first man, Adam, violated the Almighty’s commandment by eating from the Tree of Knowledge, he noticed that the world around him began to get darker and the days shorter. He feared that the world was ending due to his disobedience. He felt that first despair. Then something unexpected happened. The days began to get longer again, the sun shone brighter and for more hours. The world was not ending after all. Hope was renewed.

This hope burns bright in the light of the Hanukkah oil. As the flames flicker higher, they ignite our souls and lift us all to the recognition of what could be – and what will be – and out of what is. What was the big deal about the miracle of the oil? Certainly a God Who could create a whole world, Who could create the miracle of childbirth, for example, could make one jar of oil burn for eight days?

As we watch the flames flicker (a particular commandment for women who are not allowed to work for the first half hour after lighting – no exceptions for frying latkes!) we take a moment to reflect on our ability to ignite souls – our own and the souls of those we love. Yes, the world is dark but we have the power to light it up.

Don't Believe Everything You See