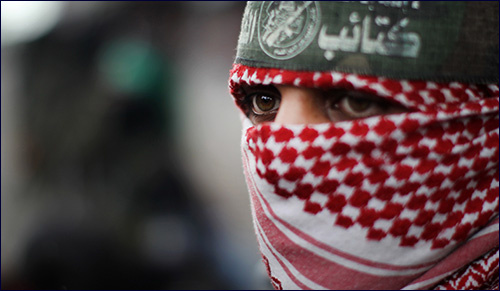 Reliable sources say half of those killed were combatants.

It's a mystery why so many in the media accept as gospel Hamas-supplied figures on the number of civilians killed in the recent war. Hamas claims that of the more than 1800 Palestinians killed close to 90% were civilians. Israel, on the other hand, says that close to half of them were combatants. The objective facts support a number much closer to Israel's than to Hamas'.

Even human rights group antagonistic to Israel acknowledge, according to a New York Times report, that Hamas probably counts among the "civilians killed by Israel" the following groups: Palestinians killed by Hamas as collaborators; Palestinians killed through domestic violence; Palestinians killed by errant Hamas rockets or mortars; and Palestinians who died naturally during the conflict. I wonder if Hamas also included the reported 162 children who died while performing child slave labor in building their terror tunnels. Hamas also defines combatants to include only armed fighters who were killed while fighting Israelis. They exclude Hamas supporters who build tunnels, who allow their homes to be used to store and fire rockets, Hamas policemen, members of the Hamas political wing and others who work hand in hand with the armed terrorists.

Several years ago I came up with a concept which I call, the "continuum of civilianality" – an inelegant phrase that is intended to convey the reality that who is a civilian and who is a combatant is often a matter of degree. Clearly every child below the age in which he or she is capable of assisting Hamas is a civilian. Clearly every Hamas fighter who fires rockets, bears arms, or operates in the tunnels is a combatant. Between these extremes lie a wide range of people, some of whom are closer to the civilian end, many of whom who are closer to the combatant end. The law of war has not established a clear line between combatants and civilians, especially in the context of urban warfare where people carry guns at night and bake bread during the day, or fire rockets during the day and go back home to sleep with their families at night. (Interestingly the Israeli Supreme Court has tried to devise a functional definition of combatants in the murky context of urban guerrilla warfare.)

These data strongly suggest that a very large percentage of Palestinians killed are on the combatant side of the continuum.

Data published by the New York Times strongly suggest that a very large number – perhaps a majority – of those killed are closer to the combatant end of the continuum than to the civilian end. First of all, the vast majority of those killed have been male rather than female. In an Islamic society, males are far more likely to be combatants than females. Second, most of those killed are within the age range (15-40) that are likely to be combatants. The vast majority of these are male as well. The number of people over 60 who have been killed is infinitesimal. The number of children below the age of 15 is also relatively small, although their pictures have been shown more frequently than others. In other words, the genders and ages of those killed are not representative of the general population of Gaza. It is far more representative of the genders and ages of combatants. These data strongly suggest that a very large percentage of Palestinians killed are on the combatant side of the continuum.

They also prove, as if any proof were necessary to unbiased eyes, that Israel did not target civilians randomly. If it had, the dead would be representative of the Gaza population in general, rather than of the subgroups most closely identified with combatants.

The media should immediately stop using Hamas-approved statistics, which in the past have proved to be extremely unreliable. Instead, they should try to document, independently, the nature of each person killed and describe their age, gender, occupation, affiliation with Hamas and other objective factors relevant to their status as a combatant, non-combatant or someone in the middle. It is lazy and dangerous for the media to rely on Hamas-approved propaganda figures. In fact, when the infamous Goldstone Report falsely stated that the vast majority of people killed in Operation Cast Lead were civilians and not Hamas fighters, many in Gaza complained to Hamas. They accused Hamas of cowardice for allowing so many civilians to be killed while protecting their own fighters. As a result of these complaints, Hamas was forced to tell the truth: namely that many more of those killed were actually Hamas fighters or armed policemen. It is likely that Hamas will make a similar "correction" with regard to this conflict. But that correction will not be covered by the media, as the prior correction was not.

The headline – "Most of those killed by Israel were children, women and the elderly" – will continue to be the conventional wisdom, despite its factual falsity. Unless it is corrected, Hamas will continue with its "dead baby strategy" and more people on both sides will die.

Ramping Up the Violence

What To Do about Sderot?
Morality and Abortion: Three Views
There Are No Limits
Adam and Eve Were Vegan
Comments